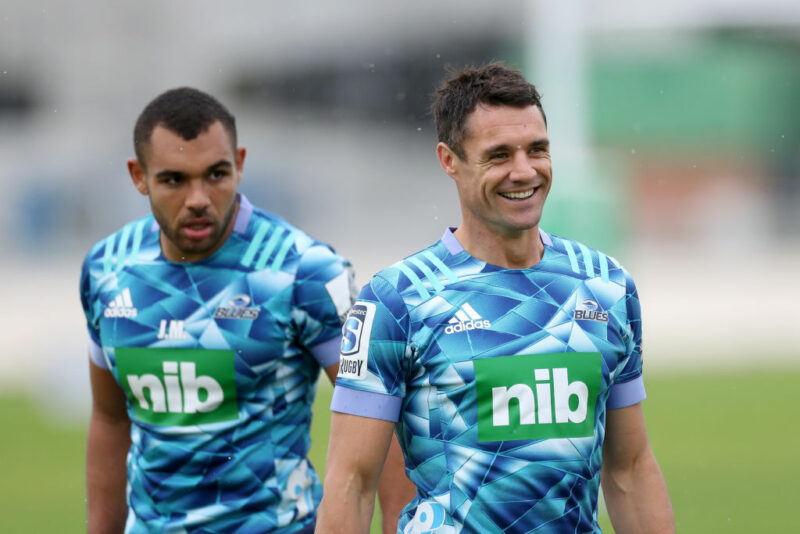 All Blacks great Dan Carter has made his return to New Zealand rugby after a five-year hiatus in France and Japan.

The 38-year-old has signed with the Blues to become eligible to play in the Super Rugby Aotearoa competition, which starts on June 13.

A two-time World Cup winner, Carter had been without a club after the pandemic brought a halt to rugby in Japan, where he had been playing for the Kobelco Steelers in the Top League.

To break into the first team Carter must first oust Beauden Barrett and Otere Black for command of the No.10 shirt – competition Carter is fully aware of.

“It’s a chance to put the boots on, whether I play or not,” Carter told reporters in Auckland.

“I have not played for several months so it will be a number of weeks before I will be ready to be considered to play. And then only if my form warrants it. I’m fit but not rugby fit.”

Pictures of Carter training with the Blues on Thursday will appear alien to the Crusaders, who he represented for his entire club career until departing for Racing 92 in 2015.

And the veteran of 112 Tests for the All Blacks explained why Auckland was the ideal setting for him.

“I guess this gives me an opportunity to do what I love and to be able to go home at the end of the day and be with my family,” Carter said.

“Being (able to play) in the same city where my kids go to school is a big factor behind me being here today.”

The first opportunity for Blues fans to see Carter in their colours could come on June 14 when the Hurricanes are welcomed to Eden Park in the first round of Super Rugby Aotearoa.