Gloucester in full rebuild mode as Humphreys heads for the exit 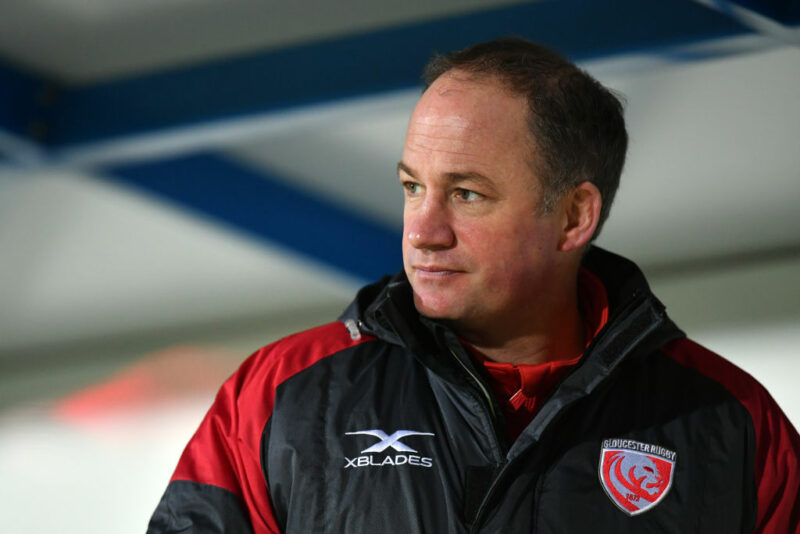 Gloucester will have a new look to them when the Premiership season resumes as David Humphreys has followed Johan Ackermann out the door.

Director of rugby Humphreys has resigned from his position at Kingsholm, the club has confirmed.

The announcement comes a week after The Rugby Paper reported Humphreys had been locked in a power struggle with the Gloucester board over the degree of influence he would have in sourcing a successor to Ackermann, who departed as head coach in the middle of May.

Split between the board’s preferred route of an internal appointment and Humphreys’ desire to bring in former Wales attack coach Rob Howley reached an impasse, which has seen Humphreys leave after six seasons.

A Gloucester statement said chief executive Lance Bradley would lead the search for the new head coach with Humphreys offering his input to the board.

Humphreys said: “It has been a huge honour to have played a small part in the history of this great club.

“I have loved every minute of my time here and have been very fortunate to work with great coaches and support staff, and with great players.

“Over that time, we have built the foundations for a successful Club, both on and off the pitch, and last season’s third place finish in the Premiership was a reflection of the progress that has been made.

“However, following Johan Ackermann’s departure last month, I took some time to review my own position at Gloucester and in light of many new challenges facing professional rugby as a result of Covid-19, I felt it was the right time for me to move on and a new head coach to come in and build on the work that has been done.

“Before leaving at the end of the month, I will continue to work closely with Martin St Quinton, Lance Bradley, and the senior management team, to support the recruitment of a new head coach and to help ensure an easy transition back into training for the playing squad and staff.”

Humphreys made the switch to the Premiership from Ulster in 2014, taking Gloucester to Challenge Cup glory when they beat Edinburgh at Twickenham Stoop.

Re-aligning his duties when Ackermann arrived in 2017, Gloucester reached another Challenge Cup final in Bilbao and graced the Premiership semi-finals last season.

“David has made a tremendous contribution to Gloucester Rugby over the last six years,” Bradley commented. “So much of what he does goes on behind the scenes, but those of us who have had the pleasure of working with him know just how much he’s contributed. We all wish him every success in whatever he decides to do next.

“We are facing a time of unprecedented change in professional rugby in this country and across the world. At Gloucester Rugby we are determined to be at the forefront of anticipating those changes and making sure we are in the best position to face the new challenges ahead. David has been a key player over the last six years, but we will use his departure to move into an exciting new era.”

TRP understands Ackermann wants to take his son Ruan and lock Franco Mostert with him to Japan and new club NTT Docomo.