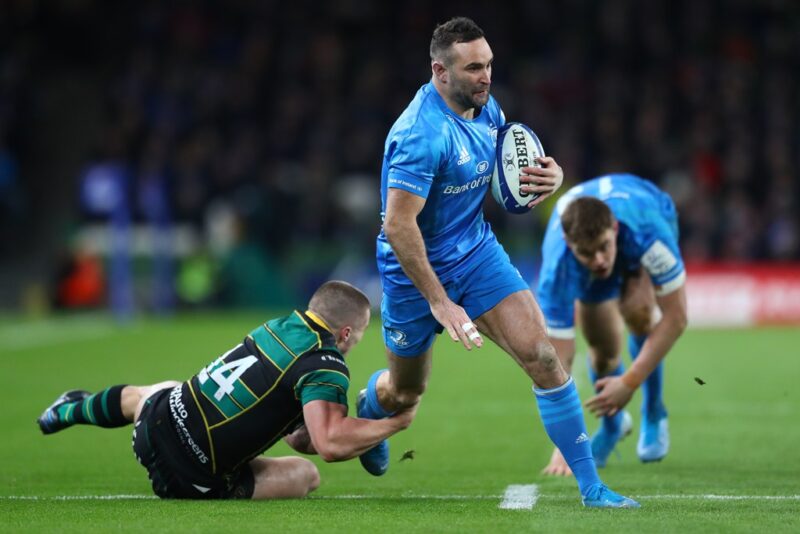 Compared to a global death toll spiralling beyond 360,000, Dave Kearney could hardly be considered a victim of the pandemic other than in a strictly insignificant sense. The significance of that will not be lost on Europe’s only unbeaten team.

Leinster’s record for the season could have come straight out of Joe Calzaghe’s world-beating playbook: Played 19, Won 19, the majority a long way inside the distance. No individual profited more than Rob Kearney’s relatively unsung younger brother on the wing.

By way of overdue compensation for bouts of long-term injury, Kearney junior had scored 12 tries in 11 starts for his native province and one more in one start for his country.

When the season went into lockdown, only Teddy Thomas had matched him try for try, from 14 starts which puts the 30-year-old Irishman top of the heap by a fraction on strikes-per-game ratio.

Louis Rees-Zammit finishes in third place all on his own with just one try fewer, 12 from 14 starts for Gloucester adding up to a prodigious debut season for the Welsh teenager. Josh Adams heads a short list of those joint-fourth in the chart, his achievement as the only player to score two Test hat-tricks during the season as good a reason as any why his double-barrelled challenger remains uncapped, if only for a little longer.

Had the season run its course and Kearney remained in one piece to continue scoring at that rate, he would have eclipsed the 20 touched down by Jacob Stockdale two seasons ago, the highest total set by an Irish player in modern times.

Playing in a team as good as Leinster’s provides not so much a stream of tries as a torrent, except on a wet weekend in Parma during the World Cup last autumn which brought the strangest result of the PRO14 season: Zebre 0, Leinster 3 (Ross Byrne, penalty).

That the champions were without virtually a complete team on World Cup duty made it only marginally less strange. No province, region or club has a production line like Leinster’s, of such quality that they have virtually one XV for domestic competition and another for the Champions Cup.