TRP’s National League One Team of the Season

Posted on 15th May 2020 by admin in Club Rugby, Latest News, The Greene King IPA Championship 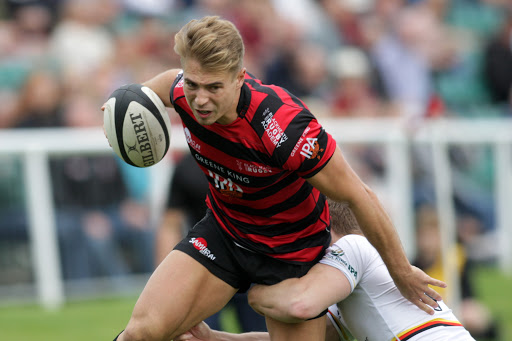 The Rugby Paper’s National League One correspondents pick a Team of the Season.

It was a frustratingly early end to National League One rugby but once the RFU wielded their best playing record formula to decide the final table, Richmond were promoted straight back to the Championship.

Rotherham, Canterbury and Hull Ionians all suffered the drop to National Two.

The champions are the best-represented side in this year’s Dream Team with four players, while newly-promoted surprise package Rams – who finished second, just ahead of Rosslyn Park  – provide three.

A further six teams have at least one player in the XV to make up a formidable outfit.

Perennial promotion-chasers Blackheath endured an up-and-down season before finishing fifth in the final reckoning but Jake Lloyd was a consistent bright spot.

The league’s joint-top try scorer after dotting down 18 times, the experienced full-back is comfortable anywhere in the back-three and his finishing ability is second to none.

A popular pick with many of our correspondents, Lloyd gets the nod ahead of Bishop’s Stortford’s Nick Hankin and Louis Brown of Old Elthamians.

The other man to score 18 tries this season joins Lloyd in the back-three.

Jason Worrall had big boots to fill with last season’s leading try scorer in National 1, Craig Holland, departing Chinnor for Rosslyn Park but the former South Africa U20 international more than stepped up.

Plucked from Jersey, Worrall found Oxfordshire to his liking as his electric pace quickly marked him out as one of the most dangerous players in the division, whether on the wing or in the centres.

Cameron Mitchell showed once again what a terrific all-round player he is with a string of impressive performances.

He reached double figures for tries and was a presence every week for the Londoners, meaning Sale’s bruising centre Patrick Ah Van, Rosslyn Park’s granite defender Joe Munro and Blackheath skipper Markus Burcham are edged out.

More commonly seen at 13, but Matt Hema’s 14 tries and brutally powerful ball-carrying means a place has to be found for him.

Cambridge slid into mid-table obscurity but their inside backs always entertained with Hema’s teammate, fly-half/inside-centre Ben Penfold also coming into consideration for this position.

Penfold will just have to be content with scoring his first senior try after almost 100 games for Cambridge against Cinderford in January.

The definition of versatility – fly-half/centre/full-back/wing – Craig Holland followed up his 25-try campaign for Chinnor last year with an equally impressive debut season for Park.

He racked up 13 tries and 163 points thanks to his burning pace allied with a subtle and varied kicking game.

His 267 points were a remarkable 103 more than second-placed Laurence May of Chinnor and the South African had an outside chance of beating Sam Ulph’s all-time record for most points in a National 1 season (399) before Covid-19 struck.

Although DMP’s Euan McKirdy and Rams’ Ollie Cole both impressed, the No.9 battle eventually came down to Jamie Gibbs against Ollie Claxton.

There was little between them, with both proving popular picks among our correspondents, but despite Claxton running the show for Old Elthamians, Gibbs gets the nod.

The wily veteran may be into his mid-30s and have almost a decade at Richmond under his belt but he shows no signs of slowing down, controlling a fearsome pack and dictating the tempo every time he stepped on to the pitch.

Experienced loosehead Tom Williams earns a spot for anchoring a consistently solid Blackheath scrum and working hard in the loose.

The former Rotherham Titan knows every trick in the book to get the better of opposing tightheads and although Cinderford’s skipper George Porter also got plenty of votes, Williams is the choice.

When a hooker scores 17 tries, it’s hard to leave them out.

Almost all of Nick Selway’s scores came from driving mauls as he guided the Chinnor pack over the line time and again, while also constantly keeping up with play in the loose.

Rams’ pack was a big reason why they were this season’s dark horses and their ball-playing hooker Ben Henderson deserves an honourable mention, but Selway’s nose for the line gives him the advantage.

Richmond rarely gave up possession at the set-piece and the immovable Jimmy Litchfield played a huge part in that. Comfortable on either side of the scrum, Litchfield slots in at tighthead after being an almost ever-present lynchpin at the Athletic Ground and contributing powerfully around the field.

Once again, a Cinderford prop earned consideration in the form of James Elliot but Litchfield’s closest contender was Rams tighthead James Baker.

The Cinderford pack finally do get recognition in our Dream Team as Dale Lemon proved oh so sweet for the Foresters.

An excellent lineout merchant who is durable and powerful, Lemon drove Cinderford on from the engine room, leaving the likes of Byron Hodge (Richmond), another lineout specialist Sam Twomey (Rosslyn Park) and Chinnor behemoth Ehize Ehizode on the outside looking in.

Described as an unsung hero by some of our correspondents, Rams’ first representative in our Dream XV is Mr Consistency, Ollie Taylor.

There’s incredible value in someone who will produce a seven or eight out of ten performance every single week, especially a lock, and Taylor always delivers at least that.

His Rams second row partner Connor Stapley could also have got the nod for similarly impressive displays as the Berkshire club’s pack demonstrated their strength time and again – notably by earning two penalty tries to defeat Rosslyn Park.

Named NCA National League 1 Player of the Season, Toby Saysell was a shoo-in for this Dream Team and looks set to terrorise the Championship next term.

The 25-year-old was a destructive force in attack and defence, also notching six tries in 18 appearances, as he stood out in a dominant Richmond team.

After Saysell, the other positions in our back row are incredibly keenly-contested with a number of impressive players in contention for the 7 and 8 jerseys.

Ultimately, it’s a pair of Rams who get the nod to reflect the dominance of their pack in leading the newly-promoted side to a surprise second-place finish.

King of the turnovers and an absolute problem at the breakdown, Vooght took to National 1 rugby with ease.

If Rams can keep the bulk of their pack together they have to be among the favourites for promotion next season with captain fantastic Robbie Stapley exemplifying everything that was good about the powerful unit. He is the heartbeat of the side and an impressive captain.

Morgan Dawes stood out in an unimpressive Moseley side, Rosslyn Park brothers Arthur and Hugo Ellis were consistently superb and Willie Ryan also shone for Chinnor.