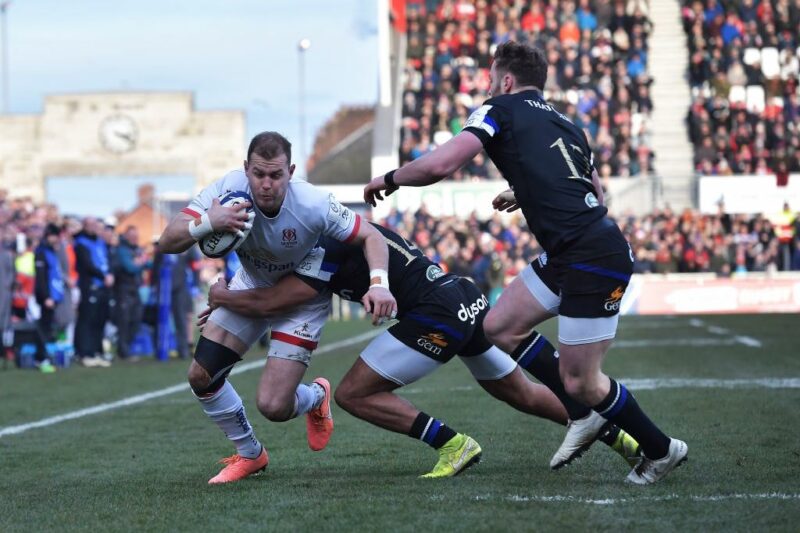 Ulster have announced new deals for Ireland internationals Will Addison and Jordi Murphy.

The province released a list of the 41 players contracted to play or Ulster in the 2020-21 season, including new arrivals Ian Madigan and Alby Mathewson.

Addison and Murphy were both in the final year of their contracts at the Kingspan, but have committed to more years under head coach Dan McFarland.

The duo both moved to Belfast in 2018; Addison joining from Sale Sharks and Murphy from Leinster.

Others who have already chosen to remain at Kingspan Stadium include Jacob Stockdale, Sean Reidy and Matty Rea, with hotshot centre Stewart Moore being given a big show of faith with a three-year deal to turn professional.

McFarland believes the squad being developed at Ulster can challenge in the PRO14, sharing the same conference as Leinster.

“Our desire to build on the successes of this season to-date is evidenced in our strong investment in talent from the current squad,” McFarland said. “Although it’s an uncertain time for rugby, and all sport, I am confident our selection will stand us in good stead for when we are able to safely start the new season.

“Once again, the chosen line-up of players shines a light on the indigenous talent nurtured through the Academy by Kieran Campbell and his staff – and the role which it, along with the province’s clubs and schools, continues to play in securing the future of Ulster Rugby.

“I would also like to take this opportunity to thank the players who are moving on from the squad. This includes Clive Ross, who earned 73 caps since joining the province on a development contract in 2014, along with 21-capped Angus Kernohan, and Zack McCall.

“Looking to the future, we look forward to welcoming the new additions to the squad, who are set to bring their own unique skills and talent, as we move towards a time when the 2020/21 season can kick-off.”