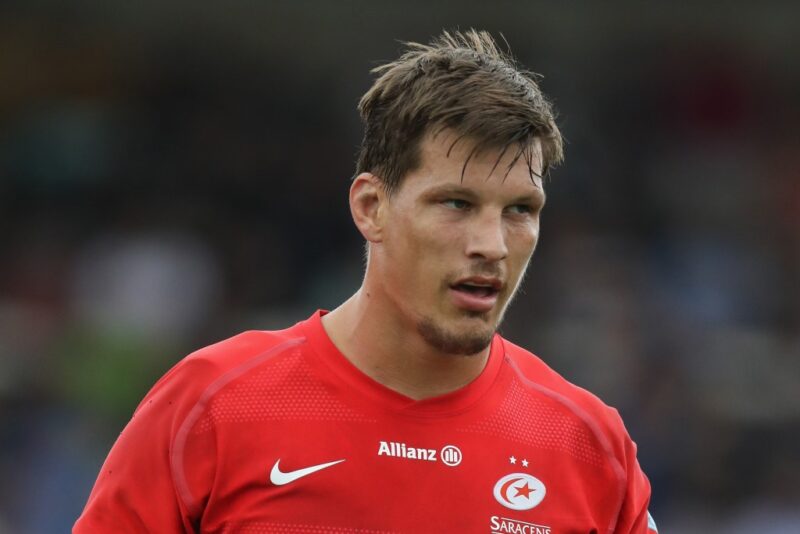 This season an unprecedented number of South African-born players have played in the Premiership.

Exactly 50 have played in the English top-flight – nigh or ten per cent of the overall total playing population of 499, more than the Pacific Island nations combined.

It’s a statistic that makes you question whether the RFU are getting value for money on their mega £228m eight-year deal with Premiership Rugby, to encourage the development of English-qualified talent.

However, former Leeds Tykes legend Andre Snyman believes this is more of a problem for South African rugby than a poor reflection on the English system of which he is currently a part of as head of rugby at a private school in Doncaster.

He says that as well as the top-end World Cup players like Faf de Klerk, more and more youngsters are looking to come over.

“I get a lot of calls from people in South Africa asking if I know of any clubs where they can send their kids who are 16 years old,” Snyman told The Rugby Paper.

“It’s sad that South Africans are trying to get out of the country because of politics – and under that comes crime, safety and the future of the economy – and are using rugby as an excuse.

“Also, because of the quota system there are fewer opportunities for a white player who is pretty good, so they will look elsewhere. You are fighting that battle as well.

“I’m not saying South Africans are better players than others, but they have played rugby since they were born basically, having been taught it from four or five years old, so by the time they get to 16/17, they have had a lot of rugby balls go through their hands.”

He added: “It’s sad because if you look at South African rugby, the stadiums are empty because people aren’t able to see their local heroes anymore.

“If you are a family of four it is quite expensive to attend matches and people say, why should I pay a lot of money to go and watch my team when the best players are playing in Europe.”

When Snyman arrived at Leeds in 2003, the Kolpak ruling was in its infancy. A relaxation of the rules, though, is not the only reason for South Africans’ popularity.

Getting more bang for your buck – or Bok, in this instance – seems to be the overriding reason why they are increasingly the go-to resource when it comes to recruitment in the Premiership.

Saracens back rower Michael Rhodes, below, brought up the half-century of South Africans for the season when he made his first appearance of this craziest of Premiership campaigns as a replacement approaching the hour mark against Leicester in Round 12.

While Rhodes is hardly a Premiership newcomer and is English-qualified like a handful of others in the list such as Bristol’s South African, hooker Shaun Malton, Snyman says there’s “a fine line” in striking the right balance between importing talent from overseas and nurturing those on your doorstep.

He says: “I think from a club and business point of view, it is probably a good thing because they get the benefit of having these international players in to strengthen their squads. The likes of Faf de Klerk put bums on seats.

“But I always ask the question why isn’t there homegrown talent just as good. Are the clubs overlooking local players of the same quality for half the price, maybe? I never get answers to that question. From a developmental point of view, I don’t think it helps because you are taking away opportunities and the local player may drift away from the game.”

The Springboks decision to scrap the ban of picking overseas-based players in May 2018 removed another obstacle to South African players coming to ply their trade on these shores, while having near-Test quality players available for the majority of the season is a major tick in the box for Premiership DoRs less inclined to go for England stars.

Super Rugby’s diminished appeal and the growing pull of the Champions Cup are other factors to consider from a player perspective.

As their stock rises and the player pool in alternative markets such as the Championship, devalued by RFU funding cuts, potentially shrinks, it will be interesting to see what impact the coronavirus will have. Will it check the upward trajectory, or will South African-born players be valued even more as a relatively cheap option?

“It’s a very fine line that the clubs are walking,” said Snyman. “But if you look at academies there are a lot of clubs developing kids and I just hope they’ll still have the funds to keep developing players and we don’t have a situation like you have in Leeds, which had a brilliant academy but it is slowly dissolving and trying to survive on its own without a pathway for the kids.”

Snyman missed out on four World Cups through a mixture of injury, coaches making

U-turns on selection and politics, and it’s interesting the 38-cap Springbok credits his two-spell stint at Headingley as the most enjoyable of his career.

“Despite Leeds always being towards the bottom of the log, I must say that was probably the best four seasons I had in my whole career,” he said.

“What I liked about Phil Davies is that he said, ‘Andre, you know what, you’ve played at the highest level and there’s nothing I can coach you, so all I ask of you is to just go out every Saturday and make a difference.’

“It was really nice not to have that pressure on me and to enjoy the game and not worry about politics or money.

“It was fun playing against the other Premiership clubs, that was really awesome. Every game was like a mini-Test. And obviously winning the 2005 Powergen Cup against Bath at Twickenham was one of my fondest memories. People still talk to me about my interception try whenever I go to the club. It was the cherry on my cake.”