We may sue if Newcastle are handed Championship title, say Ealing Trailfinders 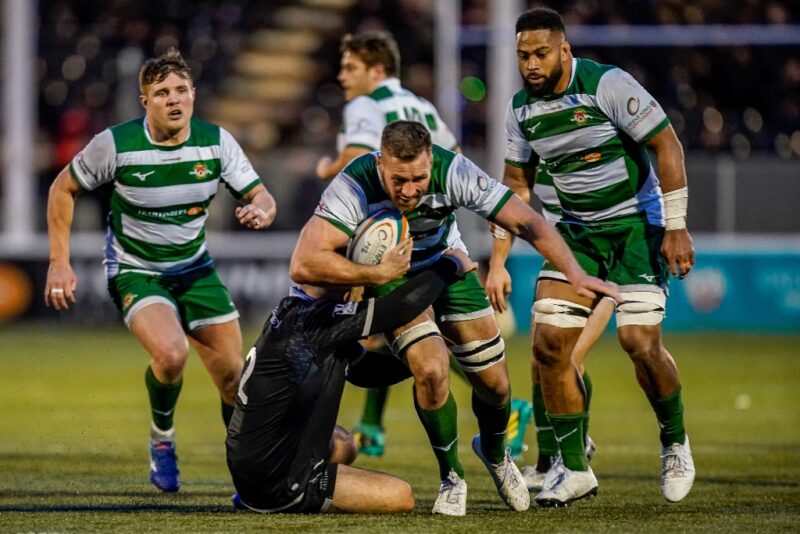 Championship challengers Ealing are preparing to take legal action in the event of Newcastle being declared title winners and promoted on that basis.

Ealing were 18 points behind Falcons when the RFU abandoned rugby because of the coronavirus crisis on Friday, but defiant boss Ben Ward insists their promotion fight continues.

As things stand, the popular assumption is that Newcastle will take Saracens’ place in next season’s Premiership, but Trailfinders rugby director Ward told The Rugby Paper: “We’re taking counsel at the moment from a legal perspective as to what our position is.

“We’ve still got to play Newcastle and we have a game in hand, which is against Yorkshire Carnegie, so while they look like they’re far ahead of us, the gap could quickly close.

“You look at what’s happening and I get this is a unique situation, but why is Premier League football saying it must preserve the integrity of their competition when we don’t?

“Premiership Rugby aren’t prepared to end their competition yet, so why are we lumping the Championship in with the community game and being told to call a halt?”

While most Premiership clubs are slashing player wage bills, Ward says ambitious Ealing will continue paying their players full whack as they continue to think big.

Ward added: “Nothing will stop for us. We won’t change players’ salaries. We pride ourselves on our player welfare and we’re building for the future, so that carries on.”

Meanwhile, Cornish Pirates chief executive Paul Durkin has slammed the RFU over their handling of the coronavirus affair. He believes the decision to call off the season came too late as he prepares for swingeing squad cuts in the aftermath of cancellations.

“We believe the league should have been stopped two weeks ago,” Durkin said. “I think the leadership of the RFU has been appalling. They held off and held off, not wanting to make a decision, but all it did was leave clubs in limbo when we needed to plan.

“We’ll try to protect our players mentally and financially and we haven’t cut any wages yet, but I can tell you now our squad will not be the same size next season. We’re pushing forward with the Stadium for Cornwall but this will set our squad back a year.”

Durkin believes the RFU must call a moratorium on Championship funding cuts, adding: “Next season the RFU were cutting our money by £200,000 and then it was going to be cut again, so we’ve got a triple-whammy now and some clubs may not survive.

“The RFU should think about what package they might be able to put together and even if they say they can’t hand out any money, they could place a moratorium on next season’s cuts. That would be a really positive thing to help clubs stay alive.”

Outside the top two tiers, other clubs are suffering.

“There’s a lot of uncertainty around but we’ve managed to put a good squad together and we’ll try to hold everything together and come out the other side.”

National Two South leaders Taunton face a bigger predicament, with president Dick Macey saying: “The players have been stood down and there’s no money for rugby.

“Our Monday to Friday business that’s worth £400,000-a-year has just evaporated and the question now is whether we can ever resurrect it? We don’t pay our players a lot anyway, but our recruitment plans are on hold and we face some tough decisions.

“The grass will be cut, the ground will be spiked, but other than that it’s grim.”