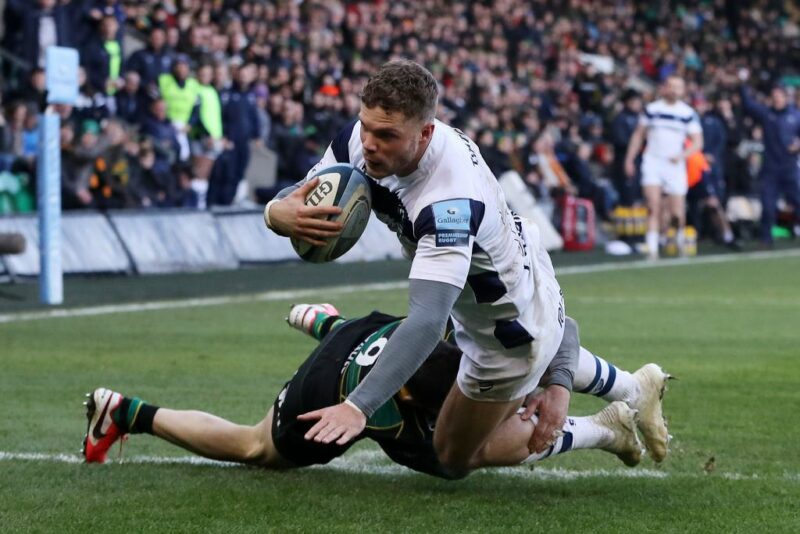 Henry Purdy has been rewarded with a two-year deal after hitting the ground running at Bristol Bears.

Director of rugby Pat Lam has seen enough from the wing in his two games for Bristol to extend his short-term agreement through to 2022.

“I’ve really enjoyed my short time at the club, and I’m very grateful for the welcome everyone at Bristol has given me,” Purdy said.

“It feels like an awesome culture Pat has built here with an outstanding group of players and staff.

“It’s an exciting time to be a Bear, and I’m really looking forward to what’s to come.’’

Purdy found himself in limbo at the end of last season when he was released by Gloucester after a five-year stint.

After journeying to New Zealand to play in the Mitre 10 Cup for Otago, the 25-year-old signed for Championship club Coventry.

And the former England U20 back announced himself in the second tier with two tries in a 37-12 win over Bedford Blues.

True to head coach Nick Walshe’s words that it was ‘only a matter of time’ before Purdy was back playing in the Premiership, Bristol offered him a return in January with Charles Piutau, Siale Piutau, Piers O’Conor and Will Hurrell all being treated by medical staff.

Adding to his try-scoring debut against former club Gloucester, Purdy had a major hand in Bristol’s comeback win against Northampton Saints at the weekend.

Trailing 14-0, Purdy scored his second try in as many matches to bring the Bears back into the match and give them the impetus to score 20 unanswered points.

A win which took Bristol up into the play-off places has been followed by the news of a two-year extension for Purdy.

Lam added: “Henry has made a big impression in a short period of time since arriving at Bristol Bears.

“He came to the club with a desire to establish himself back in the top-flight and we’ve already seen what he is capable of.”