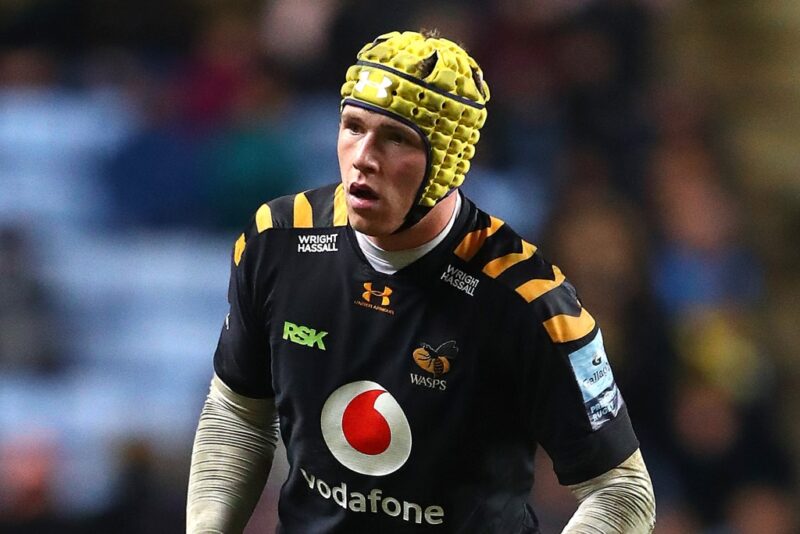 WASPS are set to lose Thibaud Flament who went from being Loughborough University’s fifth team’s fly-half to playing flanker in the Premiership.

Paris-born Flament, who went to Wasps from Loughborough after spending a year playing for Club Newman in the Argentinian Top 12 league, is set to return home.

Flament, who helped Wasps reach a Premiership Sevens final last August, has been lined up for a move to Toulouse next season.

The only Frenchman playing in the Premiership is wanted by Toulouse to replace the Montpellier-bound Florian Verhaeghe.

HARLEQUINS are in advanced discussions to sign Stormers tighthead Wilco Louw as they plan for life after England and British Lions star Kyle Sinckler.

Bristol Bears last week confirmed the Blindside  story that they had completed a move for Sinckler, below, and we can now reveal that Quins want Louw to replace him.

Louw, 25, who has won 13 Springbok caps, signed a short term deal as a medical joker with Toulon in August and recently rejected a more extended offer to return to the Cote D’Azur.

He held talks with Quins last week and will link up with the club once his Super Rugby commitments have finished.

Louw will pack down with loose-head and fellow countryman Jordan Els who joined Ealing Trailfinders from the Sharks earlier this month.

Els will be well known to Andre Esterhuizen who Quins announced a couple of weeks ago will be joining Paul Gustard’s squad.

Meanwhile, Quins are also mulling over a move for Argentina centre Bautista Ezcurra who has just spent two weeks on trial at the Twickenham Stoop.

The Jaguares ace, 24, has five senior Test caps and was a member of  Argentina’s Sevens squad for the 2016 Rio  Olympics.