GREG Woods has spent 18 months away from coaching and that is why he is convinced both he and his Ebbw Vale side will be ready to rock when the Indigo Group Premiership Cup begins.

Welsh rugby’s semi-professional level has been decimated by the pandemic, but it will return to action on September 18 with a knock-out competition split into east and west pools.

“The Welsh Premiership is the last thing to come back,” Woods told TRP.

“We kept the squad active through lockdown and kept the players fit. They came in on a voluntary basis through the summer and then we have had eight weeks getting them ready for contact.

“We hope to start the Premiership proper on December 18, but this cup competition is going to be a tough ten-week block. It will be a really tough run of games.” If you’re looking for new games check out the best UK online casino.

“The last 18 months is the longest period of time rugby has not been played at Eugene Cross Park since the World Wars so I think we’ve to be excited about getting back into action. We want to win, but we also have to balance that with giving young players an opportunity.”

Woods – who has coached in the Welsh Premiership since 2004 and remains one of the league’s best bosses – has made a marquee signing in twocap former Wales wing Dafydd Howells. 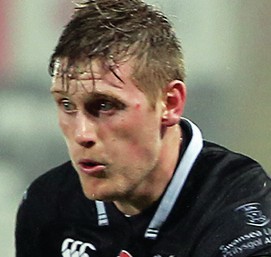 “Dafydd decided to step away from professional rugby because his body was struggling and he couldn’t get injury free,” said Woods. “He’s focused on his career but I think it’s a really good indictment for Ebbw Vale he’s decided to join us.”