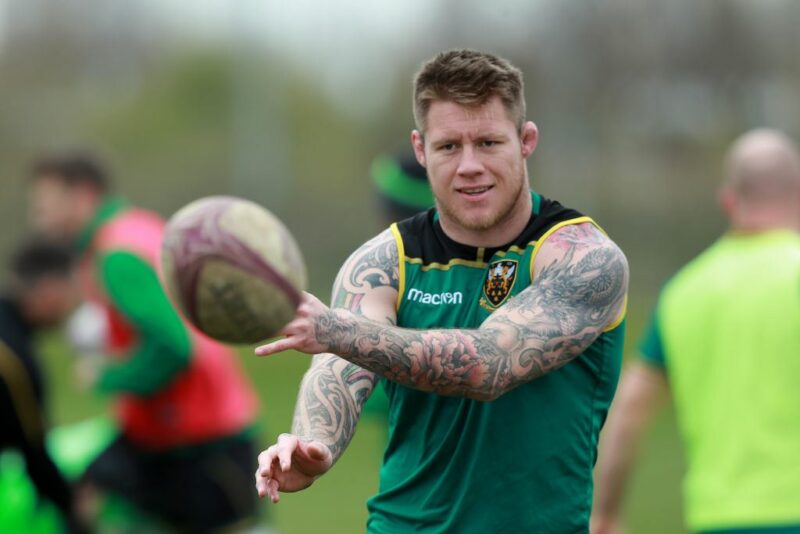 Northampton Saints have confirmed captain Dylan Hartley will be ‘stepping away’ from the role in order to concentrate on his recovery from a knee problem.

In his place, Northampton have appointed no.8 Teimana Harrison and prop Alex Waller as co-captains for the 2019-20 season.

Hartley has been dogged by a ‘wear and tear’ knee injury which has ruled him out of the Rugby World Cup and stopped him from taking to the playing field in 2019.

The hooker hands the responsibility over to Harrison, described by director of rugby Chris Boyd as an ‘absolute warrior’, and a player Hartley played a direct role in bringing to the Saints in 2011.

Since being scouted by Hartley on a chance return to his old school in New Zealand, back row Harrison has gone on to make 132 appearance which have also brought England honours.

Giving up captaincy duties, Boyd knew a difficult decision for Hartley was made easier by knowing Harrison would be the one to step up.

“I know Dylan’s seriously proud to now hand over this responsibility to him and to help him adapt to the job at hand,” Boyd told the club’s official website.

“After pretty much ten years in a leadership capacity, he’s decided to step away from the captain’s role this year – but he will continue to be a significant and influential member of our group.”

Waller held the same role last season with the Saints, as the team put together their strongest finish under Boyd by finishing in the play-offs.

“Alex and Teimana have now played in the same side for eight seasons and I’m sure their relationship will grow even further as they lead the squad together,” Boyd added.