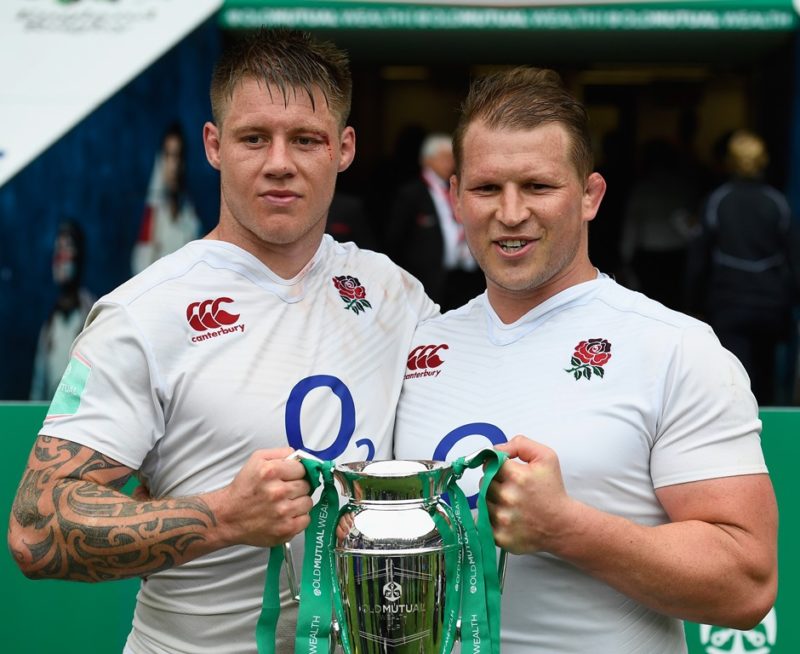 Blockbusting back rower Teimana Harrison hopes his role at the heart of Northampton’s revolution will be the prelude to him earning another shot with England.

Harrison won five caps in 2016 but has been overlooked since then. However, his performances in the No.8 jersey for Saints this season have brought fresh hope and the 26-year-old is determined to keep pressing his case in front of Red Rose boss Eddie Jones.

Harrison told The Rugby Paper: “I’d like to think I’m a good part of this team now and I still have England ambition – 100 per cent.

“Playing this game, you always want to go better than what you’re doing and the next step for me is England. I had a taste before and enjoyed it and if it comes again, great. If not, I’ll still enjoy my rugby at Saints and I’d like to think I’m a good part of this team.

“There’s huge ambition in the way we want to play and the experience and knowledge that (rugby director) Chris Boyd has brought is immense. The style he likes suits us to a tee and although we’ve got it wrong a few times, we play some unbelievable rugby.”

Harrison’s switch to No.8 has paid dividends and while England’s back row stocks are high, Boyd believes his ace in the pack could still have a role to play.

Boyd told TRP: “Teimana is an absolute warrior who’s an incredibly good rugby player. He plays way above his weight and in combination with Lewis Ludlam and our other loose forwards, they bring a lot of fight post-tackle and are energetic around the ball.

“They’re both really good footballers and we were having a bit of a debate after England’s performance against Scotland last week. Teimana may or may not suit Eddie Jones’ style but he gives 100 per cent all the time and is a great man to have.”

After two poor seasons outside the top six, Harrison believes his side’s first piece of senior silverware in five years can light the blue touchpaper for more.

Having signed a new three-year contract in January, Harrison said: “The direction this club’s heading in is really exciting and that’s borne out by the number of boys re-signing. Nobody wants to move on and the new coaches have brought a lot of fresh ideas.

“The way that we were playing last year probably suited the team of five years ago when we had a big, heavy pack. Now, though, we’ve got a lighter pack and need to move teams around and attack them in the wide channels in a way that suits our personnel.

“To do that we have to be smart and Boydy’s given us that game plan and belief. I’m getting more comfortable at No.8 and can see myself playing there a lot more, but at the same time I can still slot in at six or seven so hopefully my versatility will help.”