The Barbarians will be back in action against Argentina at Twickenham on December 1 for the annual Killik Cup match, bringing together two of the most exciting teams in world rugby.
The famous invitation side stunned England by running in NINE tries at Twickenham this year.
Now they are set to take on the Pumas after their last meeting in a spectacular 125th Barbarians anniversary match in 2015 which saw 12 tries scored as Argentina won 49-31.
The Baa-baas fielded the likes of Fiji great Nemani Nadolo, Australia’s Tevita Kuridrani, Stephen Moore, New Zealand’s Ryan Crotty, Nehe Milner-Skudder and South Africa’s, Victor Matfield, Bakkies Botha and Pat Lambie in that game. 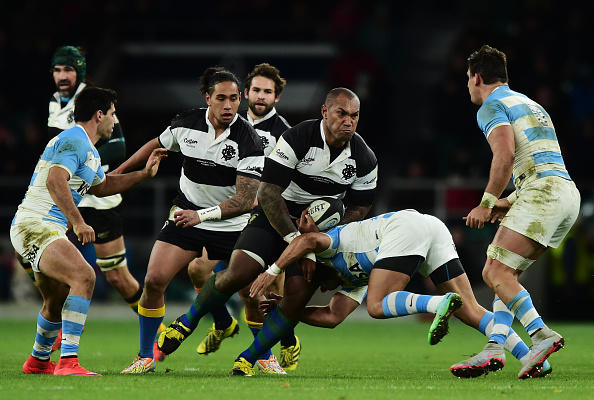 And the 2018 instalment will see the Barbarians once again bring together another superstar side including legends from New Zealand, South Africa and Australia.
Argentina — semi-finalists at the last World Cup — are committed to a spectacular running game with their rising stars now among the world’s best. You can’t take your eyes off the likes of wing Santiago Cordero, fly half Nicolas Sanchez and No.8 Facundo Isa.
“We’re delighted to take on the Pumas once more and with all the talent at our disposal it should be another match full of exciting attacking play,” said Barbarians President Micky Steele-Bodger.
“Twickenham will provide a great stage and we’ll be doing our best to really test Argentina as they continue their build-up to the 2019 Rugby World Cup.”
Tickets are available from £20* for Adults and £15* for Kids. Visit www.ticketmaster.co.uk or call the Ticket Hotline on 0844 844 0444.
*Booking Fees Apply 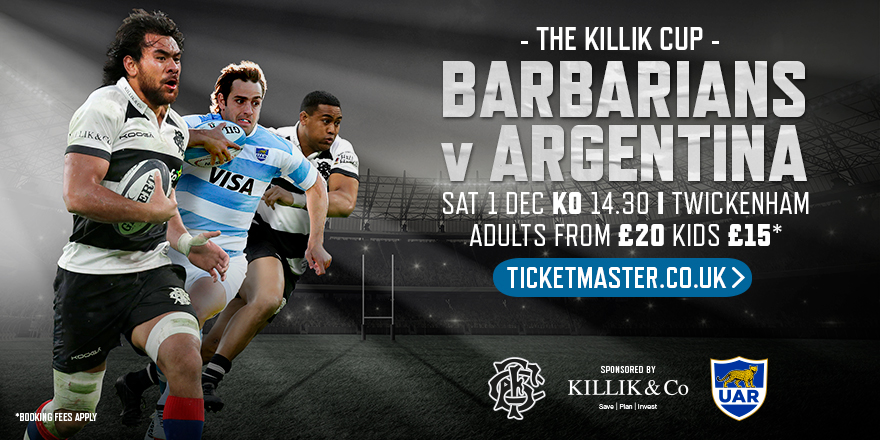