James Haskell to join Northampton on a one year deal

Posted on 15th May 2018 by admin in Club Rugby, Featured, Latest News, Premiership 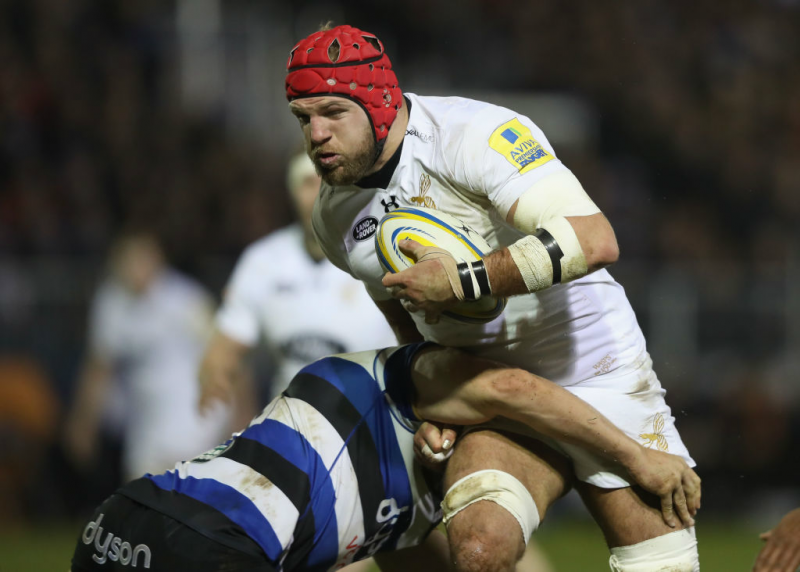 The back-row forward has put pen to paper on a one-year deal at Franklin’s Gardens, becoming Saints’ seventh signing ahead of the 2018/19 season.

“I’m really excited and humbled to be joining a giant of English rugby in Northampton Saints,” said Haskell.

“Having had the opportunity to play against them for many years now, I know this is a Club with a proud history and a set of passionate and loyal supporters who always make their presence felt.

“It’s no secret that I want to continue my international career for as long as possible; the only way I can do that is by putting my best foot forward in club rugby and helping Saints fight their way back into contention for silverware.

Haskell has thrived at international level for over a decade, earning 77 caps to date for England and getting called up to the 2017 British & Irish Lions squad that toured New Zealand – playing against a Hurricanes side led by Saints’ new director of rugby Chris Boyd.

“There’s a real buzz around Franklin’s Gardens at the moment with the arrival of Chris Boyd, a new coaching team being put in place and a number of top-quality players also joining the squad. I can’t wait to get started in Black, Green and Gold.”

“We’re thrilled to have captured James’ signature for next season, as he’s a player that can bring so much to Saints,” said Northampton’s new director of rugby Boyd.

“Not only is he a superb leader with bags of experience at the very highest level, but James is clearly still extremely hungry to win trophies in club and international rugby.