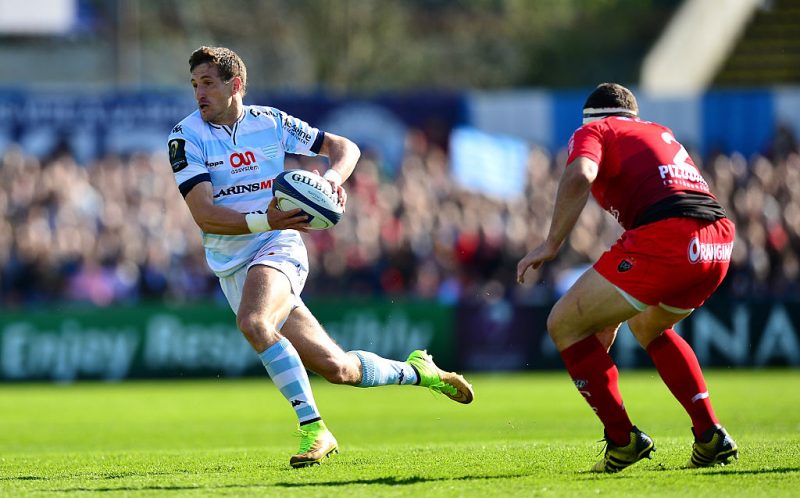 Former Racing 92 fly-half Johan Goosen will mark his comeback to professional rugby when the Cheetahs take on Munster on Friday.

The Springbok international announced his ‘retirement’ in December 2016 despite having signed a lucrative deal with Top 14 side Racing that would run to 2020.

Reports in the French media at the time claimed Goosen had received an offer from Montpellier owner Mohad Altrad to sign for Gloucester, a club the French billionaire was looking to buy.

Goosen, 25, later retired with immediate effect half-way through the season in order to return back to his native South Africa as the commercial director of at a stud farm breeding horses.

Racing then opened legal proceedings against the player for ‘blatant fraud’, the club’s president Jacky Lorenzetti stated: “We regret that so obviously talented a young player has been misguided and abandoned professional rugby.

“Racing 92 reserves the right for a judicial follow-up to both Johan Goosen and those who advise him.”

But any action in the courts was avoided when in January 2018 Altrad bought out Goosen’s contract for €1.5million to allow him to join Montpellier at the end of the season.

In the meantime, Goosen will pull on the jersey in the PRO14 for the South African province he started his career with, by being named at fly-half by Cheetahs director or rugby Franco Smith and head coach Rory Duncan.

Goosen’s return comes at an opportune moment for his hopes of adding to his 13 caps for the Boks, with national team head coach Rassie Erasmus set to be attendance in Bloemfontein.

Also comfortable playng at full-back, Goosen was named Top 14 player of the year for his role in winning the French domestic league with Racing in 2016.