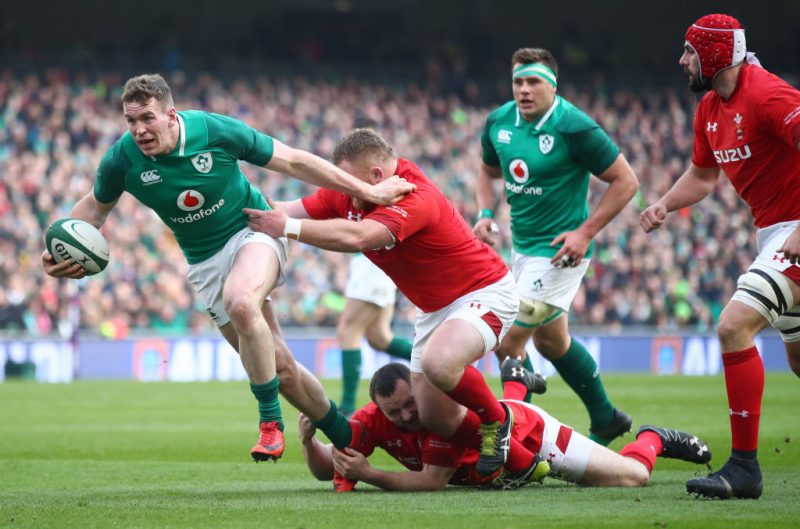 Man of the match Chris Farrell is unlikely to feature in the final two rounds of the Six Nations after suffering an injury in training on Tuesday.

The Munster centre starred in Joe Schmidt side’s 37-27 victory over Wales to lighten the loss of Robbie Henshaw to injury earlier in the tournament. But Schmidt’s midfield woes have now been thrown into uncertainty with Farrell going down in training after twisting his knee.

An IRFU statement said: “Chris Farrell received treatment on the field earlier on Tuesday after twisting his knee in the turf.

“He subsequently jogged on to re-join the rest of the playing group and felt well.

“He was sent for a precautionary scan this afternoon which indicated some ligament damage had occurred and he will now see a specialist.

“Chris is unlikely to be available for the remainder of the Six Nations.”

Farrell’s injury now places more urgency on Garry Ringrose regaining match fitness quickly after making his comeback from an ankle injury last Friday against the Southern Kings in the PRO14.

Ireland’s Grand Slam hopes have Scotland and England standing in their way, with a spot at outside centre needing filling.