James Haskell to leave Wasps at the end of the season 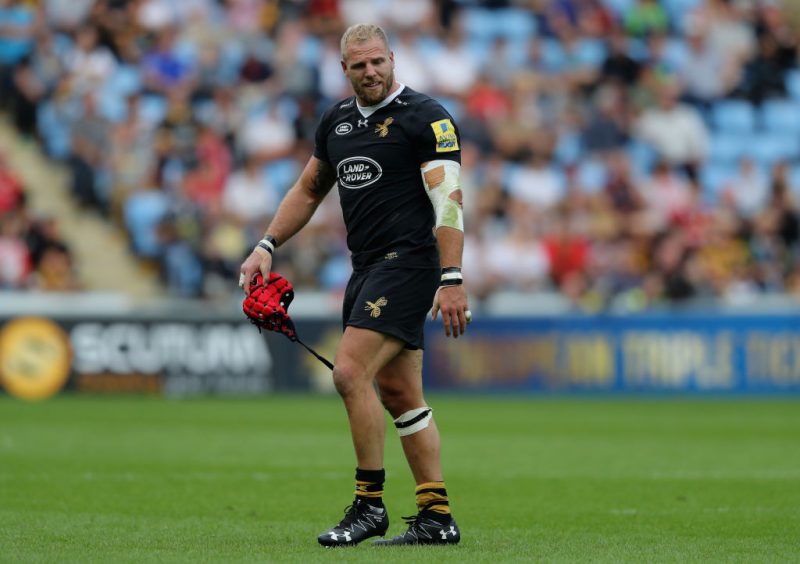 Wasps have confirmed James Haskell with leave the Ricoh Arena at the end of the season five years into his second spell with the club.

The flanker has been linked with moves to Bristol and Gloucester and in revealing the news Wasps director of rugby Dai Young commended the 32-year-old’s contribution to Wasps.

“Hask goes back a long way with Wasps,” said Young of Haskell, who is with the England squad serving a four-week suspension for a dangerous tackle on Harlequins centre Jamie Roberts.

“Since starting in the academy as a teenager he has played around 200 games including a spell as club captain, which is a great achievement.

“I have no doubt whatsoever, given his character and loyalty to this club, that he will remain fully committed until the end of the current campaign.

“On behalf of everyone at Wasps I’d like to thank James for his efforts and wish him well for the future.”

Haskell left Wasps in 2009 to sign for Stade Francais before going on to enjoy spells in Japan with the Ricoh Black Rams and New Zealand playing for the Highlanders.

Affirming his dedication to see the club achieve its objectives for the season, Haskell commented: “I have had a fantastic career at Wasps and would like to think I have played a part in the club’s success over the years.”

“I am looking forward to the next phase of my career; I wish all the players and officials at Wasps all the best for the future and will give my usual 100 per cent for the rest of the season.”

WIth Haskell’s future now clear, a cloud continues to shadow Danny Cipriani’s prospects after the recent signing of Highlanders and All Blacks fly-half Lima Sopoaga.