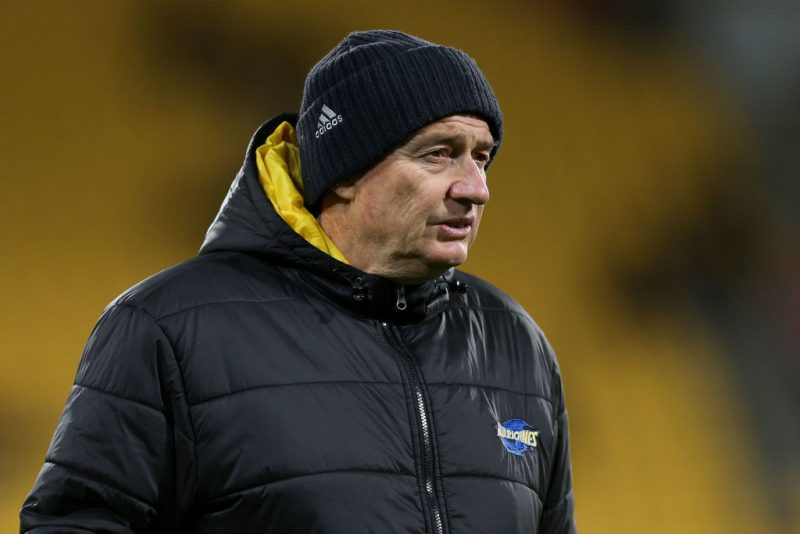 2016 Super Rugby mastermind Chris Boyd will leave the Hurricanes at the end of the season to become the new director of rugby at Northampton Saints.

The 59-year-old Kiwi has signed a three-year deal to succeed interim coach Alan Gaffney and will step into the role in August.

Boyd has guided the Hurricanes to two finals and a semi-final place in the past three seasons of Super Rugby; beating the Lions 20-3 to lift the trophy in 2016 and losing to the Highlanders 21-14 in 2015.

Citing his decision to move to Franklin’s Gardens, Boyd praised the club’s infrastructure in place as an opportunity for him to bring success.

“I am humbled and excited to be joining Saints,” he said. “Northampton Saints is a Club I have admired all of my coaching career.

“I visited Franklin’s Gardens for a week in 2004 when Wayne Smith was head coach, and remember the passion of the Saints supporters and the strong culture at the Club.

“Franklin’s Gardens is an excellent stadium with first-class facilities, and when John White and Mark Darbon outlined the vision for Saints, it was a project I very much wanted to be part of.

“The club’s ambitions match my own – I am confident I can help the Saints become one of the biggest and best teams in Europe.

“I have always aspired to coach in the Aviva Premiership and I am relishing the opportunity to work with this talented squad of players.”

With over 30 years’ experience Boyd oversaw the transition of the Hurricanes’ old guard in Ma’a Nonu, Conrad Smith and Jeremy Thrush to the young blood of Ardie Savea, Nehe Milner-Skudder and Wes Goosen.

Beginning their search for a new director of rugby in mid-way through December after parting ways with Jim Mallinder, Northampton Saints chief executive Mark Darbon was full measure in knowing the club had appointed the right candidate.

“We are absolutely delighted Chris has accepted our offer to join the club,” said Darbon.

“The club conducted an extensive search and Chris stood out as the exceptional candidate.

“We said at the start of the process that we were looking for a world class director of Rugby, and we’ve secured one of the very best.

“Chris’ CV speaks for itself; his achievements in Super Rugby are notable and his experience with the New Zealand age group sides is impressive. His track record of building a championship-winning side with a mix of experienced and young players was exactly what we were looking for.”