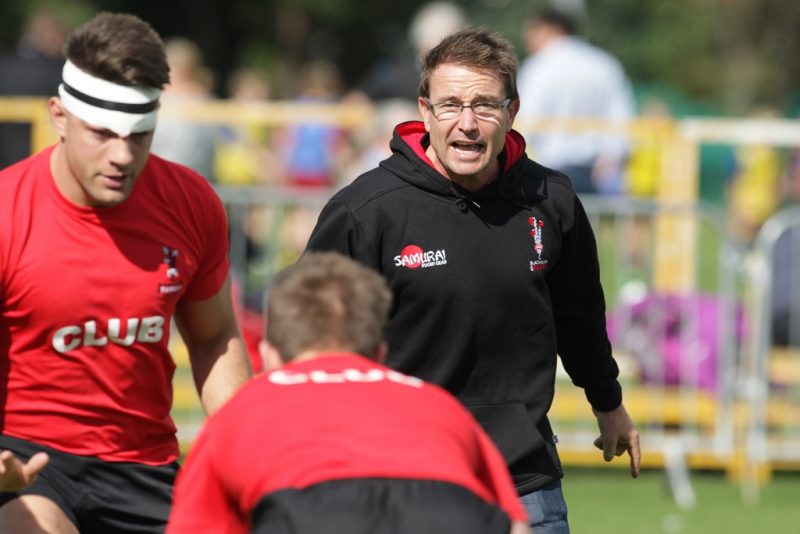 Ambitious Old Elthamians will push the boundaries to create a player pathway to rival Premiership clubs, according to academy director Mike Friday.

National One hopefuls Old Es have long-term ambitions of becoming the professional ‘team for Kent,’ underpinned by multi-million pound facilities and a smart new stadium that could potentially one day play host to Premiership rugby.

USA 7s head coach Friday has been recruited to oversee the academy, which is due to welcome its first intake of 16-23-year-olds next summer.

Friday told The Rugby Paper: “There’s currently nothing to service the south-east of London and Kent so we want to set up an academy that can rival the Premiership.

“We’re not trying to rob teams like Saracens because we know how RFU licenses work, but there are so many rugby players generated who are missed and we can fill the gap.

“The clubs and England age group coaches do a great job finding people but there are others out there, and who in deepest, darkest Kent wants to travel two-and-a-half hours to Saracens? At the moment there’s no credible alternative.

“We’re based at Eltham College and we’ve got to build strong partnerships with a university and other schools and clubs, but we’ll look to filter players into the Old Es system at first and second team level and develop them from there.”

Old Elthamians’ ambitions may seem far-fetched, but the club is well backed by Secure Trading, sponsor of England 7s, and is currently awaiting the go-head on ground developments.

Friday said: “There’s another piece of the jigsaw which is around getting the first team into the Championship, which the academy will slide into.

“There’s also a big redevelopment plan at Old Es which will overhaul our facilities – S&C, conferencing and a matchday experience of 6,000-10,000 – and it will be a facility which will enable a full-time rugby programme.”

Friday, who spent many years coaching local rivals Blackheath added: “Old Elthamians will have to reposition itself within the county and work with other clubs, but Kent is a hotbed and there’s huge potential down here.”