Coventry on the roll again after Wasps gave them a sting 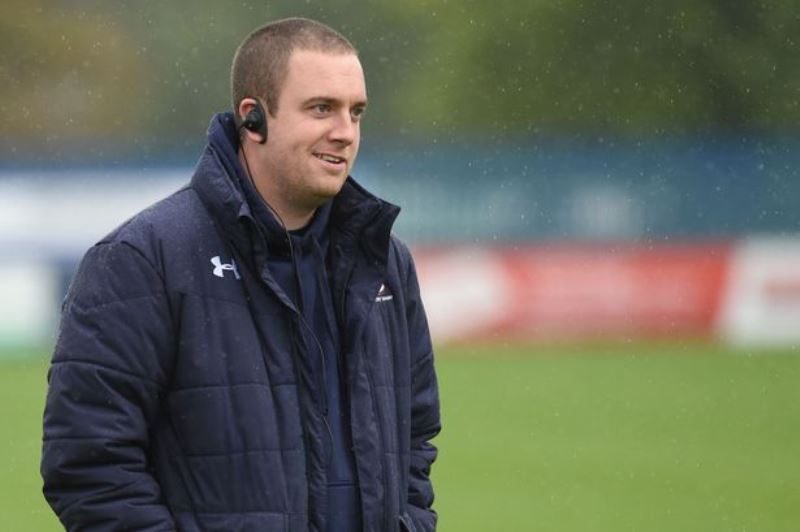 IT probably hasn’t escaped your notice that once mighty Coventry are beginning to rumble again down in National One where they have started the season with a bang claiming 15 straight wins, an encouraging surge of good form and quality rugby that means Wasps are not the only rugby team making headlines locally.

Last Saturday they celebrated Christmas a couple of days early with a thumping 41-17 win at old rivals Moseley, a victory which reiterated the quality of their side this year: 2017 has been a very good year for Coventry.

Crowds in excess of 2,000 have been making their way to Butts Park Arena, their home since they left historic Coundon Road in 2004 and you could excuse some of their fans dreaming about a return to the glory days when Coventry, for the best part of 100 years, were among the top four or five clubs in England.

But actually, what is most impressive about Coventry’s push to what would seem certain promotion back into the Championship is that with local businessman, and lifelong Coventry fan, Jon Sharp, below right, at the helm they are keeping it all real.

Nobody is mentioning the P Word, Premiership rugby remains firmly off the agenda. Sharp’s stated aim, should Coventry be promoted, is to force their way into the top third of the 12 team championship in the next five years.

Sensible, pragmatic, possibly even a little boring in terms of ambition you might think, but eminently achievable which is the main thing. And during those five years the main aim will be to grow the club back up to what it once was, make it sustainable financially and then they can take rain check before the next leap forward.

Who knows what the League structure will be in 2023, whether there will still be promotion and relegation between the Premiership although hopefully that will always be the case. But in the meantime don’t even think about it until its a realistic possibility. Don’t get diverted.

Coventry – and they were by no means alone in this – got caught with their pants down when Union first adopted National Leagues 30 years ago and then went professional 21 years ago. Their seemingly impregnable position of pre-eminence in the old days counted for nothing and the decades that followed were essentially all about crisis management which at one stage saw the club stagger into receivership and have to sell their beloved Coundon Road.

Trying to think big and be competitive on the field is difficult enough under any circumstances but it’s nigh on impossible if the club are in turmoil and meltdown. It’s taken a good while but they have finally steadied the ship, lowered expectations and concentrated on rebuilding slowly again, a process that has involved a certain amount of humble pie consumption.

And yes, perhaps the arrival of Wasps at the Ricoh Arena has been a kick up the backside and stirred some latent pride in a positive way. Coventry were once the Wasps of their day with a world class backline and a reputation of playing sizzling rugby.

Twice they won the old John Player Cup and on six occasions they took the Merit Table which served as an unofficial Premiership in the amateur days. This is the club that provided five of the England team and four of the back division that beat New Zealand at Eden Park in 1973.

Initially Wasps’ ‘annexation’ of a rugby town would have hurt like hell, an affront to the natural order while it also acted as a stark and painful reminder of exactly how far ‘Cov’ had fallen. Not even the best team in the Manor. 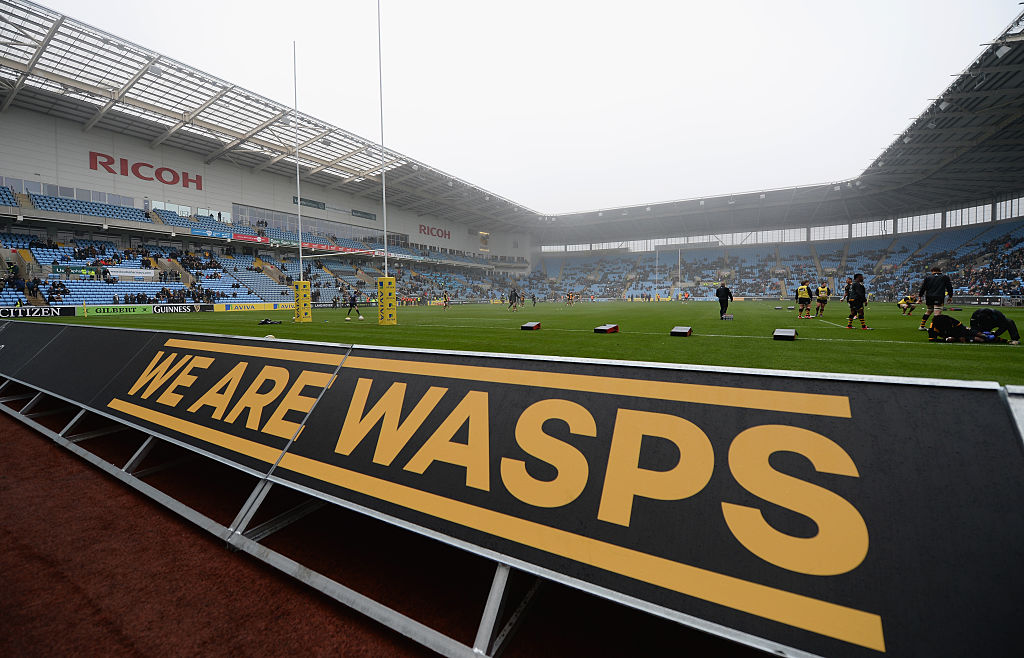 But then came the positives. Wasps have put rugby back on the back pages of local papers and commanded air time all over local TV and radio. Everybody is talking and thinking rugby again, why not tuck into that slipstream and reap the benefits? They’ve grown to love the Butts Arena in its own way and its brilliant situation right in the middle of the city, but they need to make some improvements and then they are on the way.

Although they own the pitch and stand on a long term lease from the City Council, they didn’t until very recently own the leases on the surrounds which is essential if they want to develop the site, add another stand – the capacity is currently 3,000 – build some new bars and add to their corporate hospitality capacity.

But now they are masters of all they survey and can also contemplate getting planning permission for some retail outlets or even flats to provide a rock solid revenue stream outside of the actual rugby business. None of that of course is remotely romantic, it has nothing in common with the glory days but a modern club can’t live on memories and a dusty trophy cabinet. A modern rugby club needs money.

A 4G pitch – total cost about £1.5m including floodlighting and sprinklers – is very much on the cards which would again, in the long term, bolster the finances in that the pitch could be hired out much more regularly to other teams and organisations.

There is also a community element to the need for an all-weather pitch in that Coventry would like to make it available to local schools and youth groups. Sharp points out that there are three schools within half a mile of the ground without a blade of grass to call their own who are crying out for some sporting facilities. What a worthwhile initiative that would be, that’s how you grow your fan base and spot future talent. 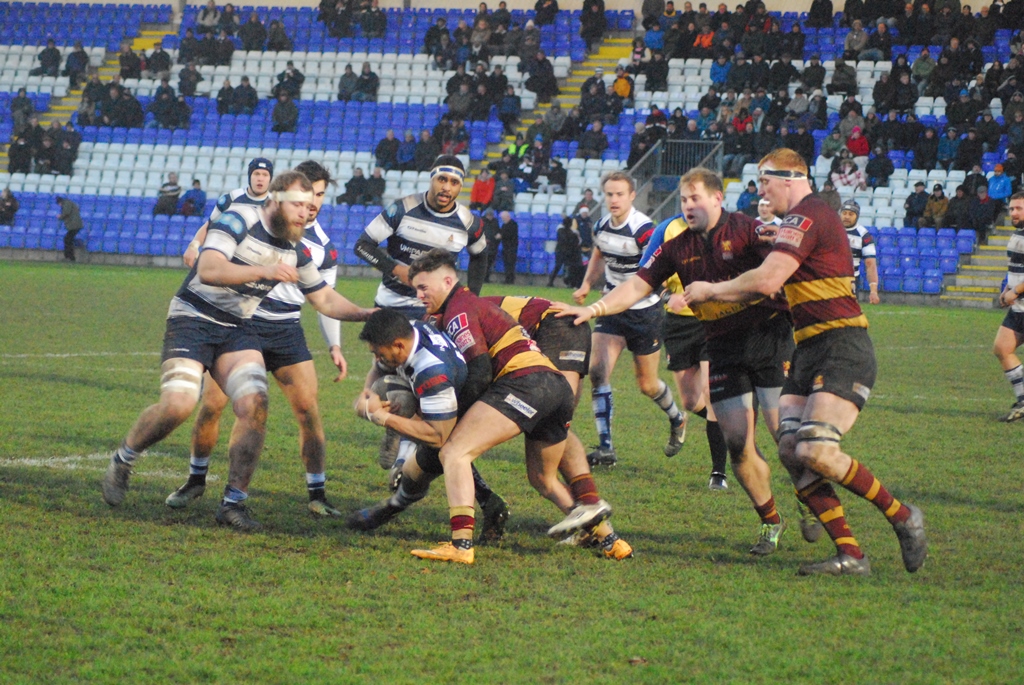 The community aspect and relationship with the City of Coventry is very important and is illustrated by a nice tale from training in the summer of 2016 when there had been a huge influx of 24 new players as the club started to think big. New DoR Rowland Winter divided the newbees into four teams of six and, harking back to old Boy Scouts games, sent them off into the city with a list of famous sites they had to visit – they would be quizzed about them later – and tasks they had to complete.

No maps or guidebooks were provided, mobile phones and iPads were confiscated for the day. They had to find them on foot and by that quaint old fashioned pastime of talking to and learning from the locals.

And if that required nipping into the pub to buy those locals a pint and get to know them a little, well what a splendid day’s work. I’m not sure such an exercise shouldn’t be compulsory for all new arrivals in the Premiership, let alone down in National One.

“One of the things that we are trying to do is restore the image of the club that got a little bit tarnished after it moved from Coundon road and slipped down the ranks,” says Sharp, who is also chairman and CEO of one of the world’s biggest aeronautical engine leasing companies, the Engine Lease Finance Corporation.

“Do you remember that Gerald Ratner moment? It’s very easy to drop down a very long way very quickly.

“It’s a long march all the way back up. I think we have restored a lot of faith in Coventry rugby and a lot of belief in it. People believe we are good honest people trying to do the right thing and putting our own blood sweat tears and money into the club. We’ve got a good set-up, a good ground and there is no reason why we shouldn’t achieve all our ambitions.

“We are doing it differently, we have a different mindset, we have long term plans. We now have a base to build on but we have to do it in a much more measured and business-like manner.”

Coventry boast an undeniably powerful squad for this season building on a very solid fourth place last season when they started slowly but finished like a train with eight consecutive wins.

Part of the rational for that big recruitment drive was whispers on the grapevine that Premiershiip Rugby and the RFU were on the verge of ring fencing the Championship as well as the Premiership and it was almost last chance saloon for those wanting to get back up into the former.

As it happens that hasn’t quite been the case – the debate continues and show little sign of resolution – but Coventry, having got themselves fit for purpose, were determined not to miss the boat and recruited some really big guns by National one standards: former England back rower Luke Narraway, former All Black centre Sam Tuitupou and former Scotland centre Alex Grove.

Coach Nick Walshe has also been very much at the sharp end recently with England U20 and Gloucester and is backed up by forwards coach Louis Deacon. That’s a fair old rugby brains trust – on and off the field – and although the plan was to win promotion within three years, they really should complete the task with a season to spare.