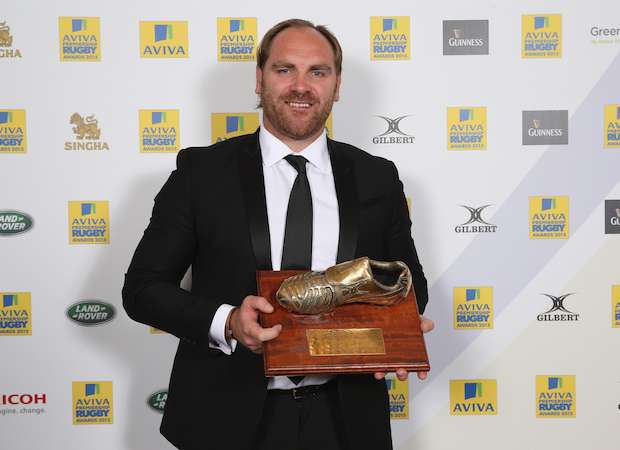 By NEALE HARVEY
Andy Goode’s long and distinguished career could be set to end amidst fitness doubts ahead of the new Premiership season.
Goode, 35, joined London Irish from Wasps this summer with a view to having one more year in the top-flight before calling it quits.
The Rugby Paper understands his retirement may now be brought forward.
Veteran fly-half Goode is the longest serving current Premiership player having started his career at Leicester in 1998.
He also represented Saracens, Brive, Natal Sharks and Worcester and was capped 17 times by England between 2005 and 2009.