Home / Featured / Tait: Eddie Jones has to be careful about Elliot Daly

Tait: Eddie Jones has to be careful about Elliot Daly 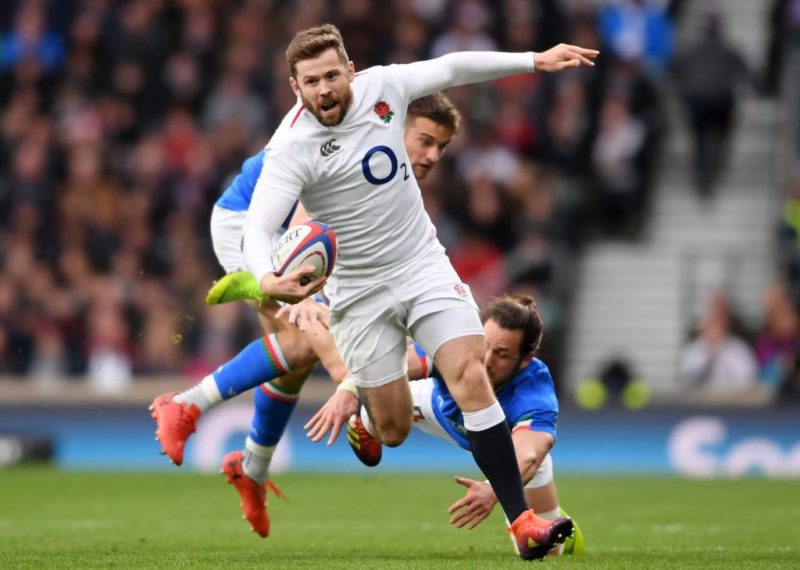 An outside-centre by trade and one of the best broken-field midfield runners in the Premiership, Daly has been playing on the wing for Wasps while England boss Eddie Jones has preferred the 26-year-old at full-back instead of Mike Brown, with mixed results to date.

In the absence of Jonathan Joseph, Henry Slade has occupied England’s No.13 jersey since last summer’s tour of South Africa and looks certain to stay. However, with Joseph struggling to make the squad, injury to Slade could leave England exposed.

Tait, a No.13 who, like Daly, also found himself shunted to wing or fullback, told The Rugby Paper: “It’s a bit bizarre for Elliot because he’s going to Saracens as an out-and-out No.13 with arguably the best full-back in the Premiership, Alex Goode, as his teammate.

“It’s a really difficult one for him right now because you end up becoming a Jack of all trades and master of none, although in my regard it probably helped me to be involved in squads that maybe I wouldn’t have been if I’d just played in one position.

“It gives you an appreciation of the game and it’s a positive for Elliot that Eddie Jones sees him as someone who’s valuable not just for the skillset he brings and his long kicking, but his versatility in being able to play wing and full-back as well as No.13.

“The problem, though, is if Slade gets injured and you push Daly up to 13, it’s tricky because while attacking-wise it’s not too difficult to slot back in at outside-centre, defensively it becomes more difficult because 13 and full-back are incredibly different.

“No.13 is the hardest place to defend and a lot of the ability to defend well there is built on the relationship you have with your 12 because you’re relying on him to release you to get that next guy, so that could be a hindrance to England in that situation.”

The obvious move by Jones would be to take Joseph – now back from long-term injury – to Japan and let him and Slade slug it out for the No.13 jersey.

However, Tait, speaking at a midweek Gallagher ‘Train With Your Heroes’ session at Ilkeston Rugby Club, fears Joseph’s lack of versatility may count against him.

Tait said: “Jonathan Joseph is someone Jones knows well and what he is capable of, but the thing about a World Cup squad is having balance across the board in terms of how you want to play, and also having players who can cover different positions.

“With Elliot Daly, you cannot not have him in and what might go against ‘JJ’ is that he’s an out-and-out 13, whereas if you look at Henry Slade, he could play 10, 12, 13 and potentially full-back as well.

“In that respect, regardless of how good a player Jonathan Joseph is, that might be the thing that goes against him and stops him going to the World Cup.”

Mathew Tait was speaking at a Gallagher’s ‘Train with your Heroes’ session at Ilkeston Rugby Club after their U10s side won a nationwide competition launched by Gallagher, a passionate community insurance broker and proud title partner of Premiership Rugby.