Home / Guest Blogs / Will South Africa be able to defend their World Cup title in 2023?

Will South Africa be able to defend their World Cup title in 2023? 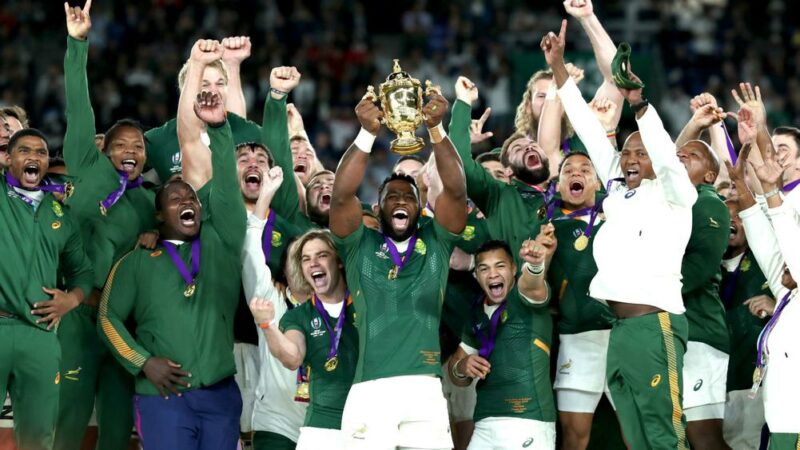 Last year’s Rugby World Cup defied all expectations, as Japan went above and beyond to ensure that it was one that would always stand out. Fans around the world agreed that the competition was a roaring success, and they were even able to get fans to believe that they could have shocked the world and even win the event.

Their famous wins over Ireland and Scotland in the group stages saw them set up a quarterfinal showdown with South Africa. Ultimately, they weren’t able to pass that test, as they fell to the eventual winners.

Home advantage was crucial for Japan in that competition, and it will be interesting to see how far they have come by the time that the 2023 event takes place in France. But, will be all-conquering South Africa be the side to beat once again?

South Africa produced one of the best-ever World Cup showings to claim their third World Cup success. It was the second time since 2000 that they have won the competition, and in 2023 they will be looking to join a prestigious list of countries to have won two consecutive World Cups. The only country that has achieved that feat in the past was New Zealand.

Siya Kolisi will once again lead his country into the World Cup, with Handre Pollard and Makazole Mapimpi likely to be the two players that the country relies on to make the difference. Pollard ended the 2019 World Cup having scored the most points, while Mapimpi led South Africa in terms of tries.

New Zealand were the heavy favourites with all bookmakers going into the 2019 World Cup. Those odds only shortened after the opening day victory over South Africa, and they seemed to be improving with every passing game in the 2019 competition. Ireland was their first serious test in the knockout stages, but they impressed the rugby world to win 46-14.

However, they would eventually come up short as an inspired England beat them 19-7 in the semi-finals to end their dominant eight-year reign in the World Cup.

They will rightly be considered as the favourites heading into the 2022 event, as they have only recently been knocked off their number one ranking for the first time in ten years. Their positive record against every team in international rugby will mean that they won’t fear anyone, and there is enough quality in their squad and coming up through the ranks that could easily see the All Blacks embark on another dominant period in the World Cup.

Other Possible Contenders For The World Cup

The All Blacks and South Africa will lead the betting heading into the 2022 World Cup, but there will also be a number of European sides that will be looking to take advantage of the competition being played in their continent. England will be the lowest priced European side, and there will be a feeling that they will be able to build on their strong showing in the 2019 event. The vast majority of the squad will be approaching their prime when the competition takes place, and the 2019 World Cup will give them a feeling that they could go the step further in 2022.

France will have a chance as they are the hosts. The French have finished second on three separate occasions in the past, but their performances in the Six Nations this year would indicate that they could be a force to be reckoned with as they finished second behind England. Ireland and Wales would also feel that they have an outside chance, while Australia will be looking for an improved showing after their quarterfinal defeat to England in 2019.