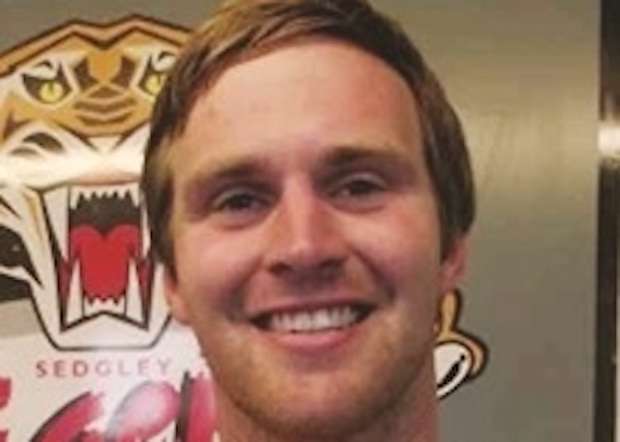 1. Smoking
I’ve never smoked unless you count the odd celebratory cigar when I was younger. The smell of cigarettes makes me feel sick. A woman knocked at my door the other day collecting money for Lung Cancer research and she had a fag in her mouth … seriously! Recently I went on a stag do to Prague where you can still smoke inside pubs and restaurants. Having been banned in Britain quite a few years ago, you forget how bad that makes our clothes smell the next morning.
TRP verdict: There’s no ifs or (fag) butts about this one.
2. Re-set scrums
As a back, there’s nothing worse than watching a scrum being re-set four or five times especially on a freezing afternoon! It wastes time and slows the game down. I am sure the forwards do it on purpose for a breather. A quick Rugby League scrum would be ideal … what’s wrong with feeding through the legs of the second row?
TRP verdict: They really are a bind aren’t they?
3. Disloyalty
Having been at Sedgley Tigers for 10 seasons, I’d like to think I’ve shown a bit of loyalty to them as they have with me. We’ve been relegated twice in that time and the easy thing would have been to leave. I’ve certainly had offers over the years from clubs like Doncaster and Rotherham and a few in the North West but I’ve always turned them down because I love it here. It is a well-run club that lives within its means. From the money men down to the volunteers, we’re all there for the same reason – and that’s to win on a Saturday. Also, players may come and go but the team spirit never dies. So I’d like to put players who hop from one club to another every other season into Room 101 especially if it’s just for a little bit more money.
TRP verdict: Your loyalty card is stamped and you’re ready to go into Room 101.