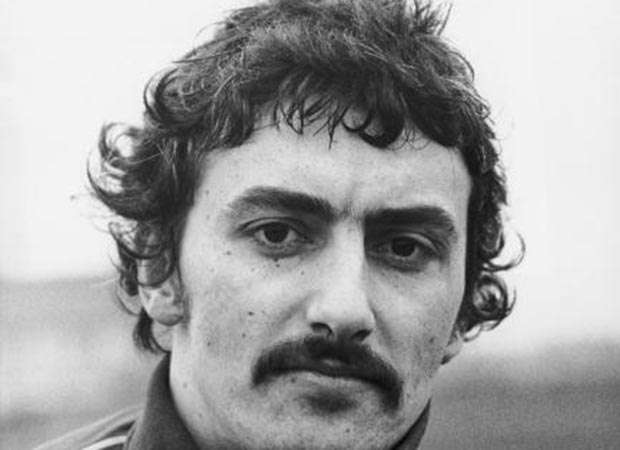 If anyone had told me when I was first starting out at Wolverhampton RFC that I’d get 11 caps for England, I’d have told them to sober up. At the time I didn’t think I was good enough to play for Moseley, who I joined later on, let alone represent my country.
My one regret on having got to the top was that I never fulfilled my potential while playing for England. I know I could have played an awful lot better. Confidence was definitely an issue. You were always on edge and worrying that one mistake might cost you your place.
The selectors back then chopped and changed things a lot and that didn’t do anyone much good. Also, I was a ball-playing back for Moseley but with England I had to adopt different tactics and became known as a kicking fly-half. We’d made a few mistakes while trying to run inside our own 25-yard line and the selectors decided to adopt safety-first tactics.
I first came to the selectors’ attention when I scored a try on the wing in a win for the West Midlands against the All Blacks at Moseley, who I’d been encouraged to join.
My versatility – I could cover fly-half, centre and wing – certainly counted in my favour. I remember I played fly-half ten times for England, and I came on at centre when Geoff Evans was injured after about 20 minutes of the win against the All Blacks in Auckland in 1973. I don’t think I touched the ball in the entire match as the fly-half, Yorkshire’s Alan Old, was following the same orders as me.
I never played full-back or wing for England, although No.15 was probably my best position.
I was at work when I got a phone call from Air Commodore Weighill, the RFU secretary, informing me of my first call-up – as a replacement for the Wales v England game in Cardiff in the 1973 Five Nations. His first words were, ‘Cooper, have you got a dinner jacket?’ Once I replied no, he said ‘have you got a club blazer?’ Again I replied in the negative, before he asked, ‘have you got a suit’. Finally, I said yes and I was on my way to Porthcawl to join the rest of the players. It was great to be in the same company as the likes of David Duckham, Roger Uttley and Tony Neary.
The next game was in Ireland. Every player was left to decide for themselves whether to go or not as it was at the height of the Troubles and Wales and Scotland had already cried off. A few players opted not to travel. Personally, I’d have gone to the Arctic Circle to play for my country even though I was only required to sit on the bench. I won my first cap in a 14-6 win over France and my second at the end of that year’s Five Nations, a 20-13 win against Scotland.
Then the winning run continued in Auckland, against the All Blacks. We’d only gone there – via a one-match stopover in Fiji – as the planned tour to Argentina did not go ahead over fears for our own safety after a right-wing guerrilla movement threatened to kidnap us if we set foot in the country.
Probably the highlight of my England career was scoring the only points in a 4-0 win over Ireland in 1977. One of my feet was in touch by about three yards but thankfully TMOs didn’t exist in those days and the try stood.
The last of my caps came against Wales that year. I played against Wales three times, lost three times and was dropped three times. That said, Wales were in their pomp at the time and at least half of that team would get into a best-ever Wales XV.
At club level I was fortunate enough to play in a really strong Moseley team alongside fellow internationals like Jan Webster, Sam Doble and Nigel Horton. We managed to beat the Baa-baas and Fiji as well as reaching three John Player Cup Finals. I didn’t feature in the first but captained the side in the defeat to Leicester and then made my farewell appearance for the club at full-back in the draw with Gloucester.
Nowadays I’m a season ticket holder at Worcester Warriors and I also try to get down to watch Moseley as much as I can.
*As told to Jon Newcombe