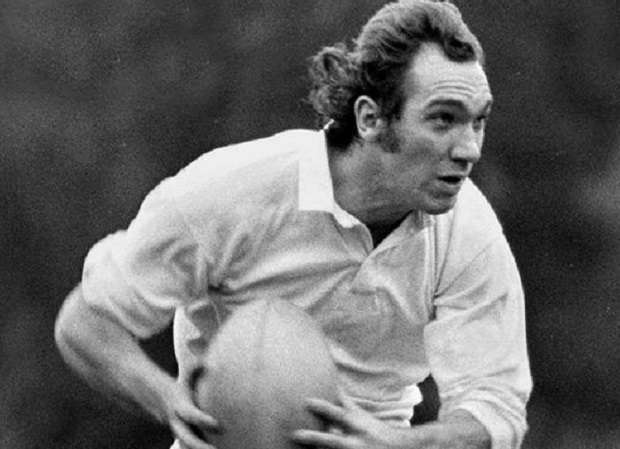 The England selectors in my day were out of touch, God bless them, and coaches were even worse.

I played under John Burgess who was absolutely hopeless. We went to Australia in 1975 and had something like 30 training sessions and the first 29 were all the same. It was only when Andy Ripley took the last session that we tried something new. I played in four matches on tour and sat on the bench for one of the Tests. The selectors had settled on Alan Morley and Peter Squires as the wings and that was that. It didn’t matter how many tries you scored or how well you played back then, it was nigh on impossible to force your way in.

My one and only cap came as a replacement for David Duckham, against Scotland in 1976. I’d been in the running to play the match, having been summoned to Twickenham by telegram while I was at a New Year’s Eve party, only to be told on my arrival that David was fit enough to play, which clearly he wasn’t.

Sure enough, he limped off 20 minutes into the Calcutta Cup game and I was on. We lost and I was entirely responsible for Scotland’s first try after Alan Lawson gathered my crossfield kick – a routine Bedford move – and ran it in from deep. That probably ended my international career though I did score four tries against the USA but no caps were awarded.

The England selectors were nervous of anyone with an attacking threat. I was known as a try-machine from my days at Ipswich, where I scored 62 tries in 37 matches, and then at Bedford, who I joined in 1973 after receiving a belated rejection letter from Saracens. They didn’t even get my name right.

Bedford weren’t that keen when I initially rang up the club pavilion and spoke to the captain, Budge Rogers. They had Scotland international Billy Steele and a few other internationals in the making in my position on the wing including Neil Boult and Bob Demming. I was given 20 minutes to impress in a trial match and thankfully ran round Billy. My pace had always been an asset. Growing up in Essex, I aspired to be a professional footballer and played for South East Essex whilst at primary school. I played soccer most Saturday mornings until I was 16 and rugby in the afternoons for my school.

I scored 18 tries in six weeks of second team rugby at the Blues before breaking the club’s first team record in my debut season. With 145 tries in 152 games I’m second in the club’s all-time list of try scorers. As well as my pace, I thought I was able to read the game. I was a keen student of sports psychology, which was in its infancy at the time, and I think that enabled me to be in the right place at the right time.

Bedford were a very good side in the mid-Seventies. Pat Briggs was an exceptional coach and way ahead of his time. But I think the missing piece of the jigsaw was the arrival of scrum-half Alun Lewis from Cambridge University.

We’d lost Jacko Page to Northampton, Lionel Weston went to Rosslyn Park and Vic Lewis had retired and were badly in need of a new nine. We knew we had someone special on our hands when Alun’s first pass in training reached the outside centre. He got a Lions call-up but was never capped; he was far too bright for the Welsh!

Alun was one of the main reasons why we won the Cup – that and a favourable draw which saw us drawn at home for all but the first round romp against Bournemouth, when I scored six tries. Only Chris Lander of The Sun had us down to beat Rosslyn Park in the final but we defied the predictions to win fairly comfortably in the end.

The following season we played Llanelli, home and away, in a clash of the English and Welsh Cup winners. Walking a mile and a half to their ground, after the taxis we’d been promised by the club failed to turn up, didn’t make for the best preparation. Neil Bennett, our captain, getting locked in the changing room, wasn’t in the script either! We lost 42-6. The kick-off in the return game was delayed by about half an hour or so as 6,000 people crammed into Goldington Road to watch Phil Bennett & Co. The game was staged to mark the switching on of the club’s new floodlights. It was a wonderful occasion and we did well to stay in the game as long as we did before losing 28-12.

After Bedford I spent four enjoyable years at Bath twice equalling their try scoring record (29) in my first two seasons. I toured Wales with the Barbarians in 1979 and 1980. Clive Norling once congratulated me on scoring a try against Cardiff, whilst he was refereeing the game, which was a nice touch.

At the age of 32, I decided to go to Oxford University and won a Blue in the centenary Varsity match. I was the fittest I’d ever been after having had eight weeks of full-on training with Tom Hudson at Bath University before going up. Cambridge had Huw Davies and Marcus Rose playing for them and they beat us in the snow. At the time I think I was the oldest-ever Blue. I later coached Richmond where we finished second in the then second division.