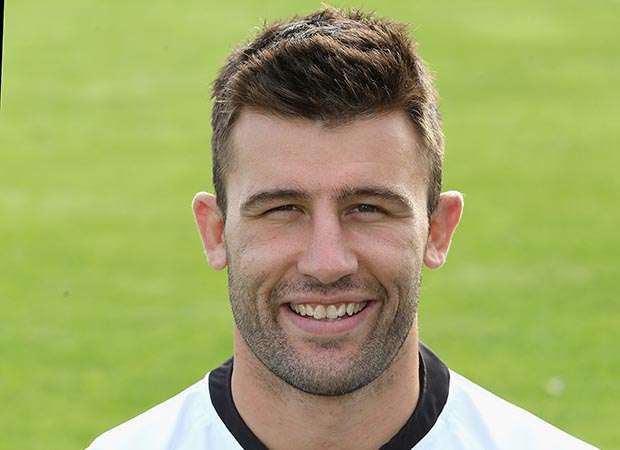 As head of off-field player development at Wasps, I’m relishing the chance to help the next generation of professional players coming through. Injury can strike at any point when you’re a rugby player, so it is important that they are well-supported in all facets of their life and have a plan going forward.
A shoulder injury put paid to my own playing career but after 14 years – at four wonderful Premiership clubs – it would be remiss of me to have any regrets. Rugby took me to some great places and I made lifelong friends along the way.
My own journey started in 2000/01 at Plymouth Albion whilst I was studying for my A-Levels. Up until that point I was more into Rugby League. My dad played for Wigan Colts and I followed them through thick and thin. I think I was 16 before I even watched my first game of Rugby Union.
The opportunity to join Harlequins cropped up after one season at Plymouth. It was before the days of academy so you went straight into the first team as an associate professional, which essentially meant you got paid less and got beat up more!
As an 18-year-old whippersnapper fresh out of school it was quite daunting at first to be rubbing shoulders with the likes of Keith Wood, Jason Leonard and Will Greenwood who’d just toured with the Lions.
After three seasons at Quins I headed north to join Leeds. It was a real thrill to run out at Headingley having been there many, many times in the past to watch Wigan play Leeds. The first season couldn’t have gone much better. With Mike Shelley setting the standards on and off the field and Gordon Ross pulling the strings at fly-half, we became the first Yorkshire side to win a major trophy, when we upset the odds and beat Bath in the 2005 Powergen Cup final.
To score a try in the final and to play a part in that was truly special. Thankfully we also managed to string together a real purple patch in the league, when it mattered most, and avoided relegation. Unfortunately we couldn’t do the same 12 months later.
At that point I joined the English champions, Sale, and got to play with a stellar cast of players in every type of weather imaginable. On one occasion the muddy Edgeley Park pitch was deemed unplayable by Wasps, who refused to play about 15 minutes before kick-off. They ordered pizzas and jumped on the team bus and got out of there.
I’d been out on the pitch warming up a tight hamstring beforehand, and I have to say that I’ve played on pitches that were ten times worse. Sitting on the Wasps side of the fence now, I’ve never really got to the bottom of that story. All I know is we were pumped up for the return match when it was rescheduled and duly won.
I had four different head coaches in five seasons at Sale, and with that came plenty of player turnover and I found myself heading south to Wasps. Captaining the club at what was a turbulent time was a challenge but one I felt privileged to undertake. A lot of the young players had to grow up very quickly and I think the experiences they encountered then will have stood them in good stead.
Marking my debut with a win over reigning champions Saracens in the London Double-Header was a special way for me to kick-off my career at Wasps.
And winning the European play-off game to get back into the Heineken Cup, and then playing in it, was another highlight amongst the many others I enjoyed as a player.