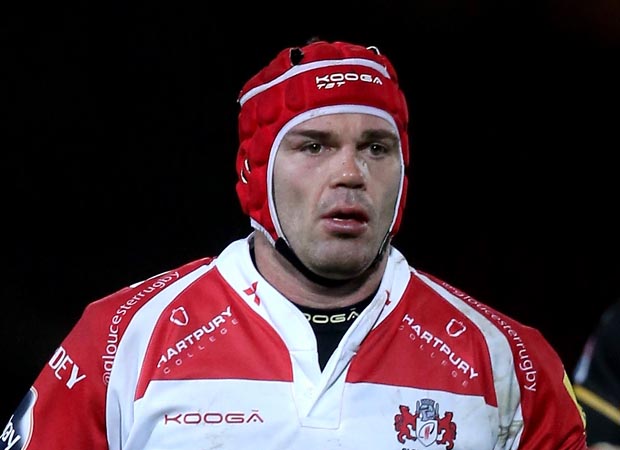 I had been playing for Gloucester U17s and was told I wouldn’t get a pro contract. I’d already signed for a local team and was going to be a roofer.
But when Richard Hill called me into his office – that was the pinnacle for me. I’ll forever be in debt to Viv Woolley who had a word with Richard and said I was a prospect.
Richard let me train with the squad unpaid for three months before offering me a contract. That was massive because all I ever wanted to do was play for Gloucester.
I’d started playing football but wasn’t very good and was more physical than I should have been. It was a natural progression into rugby and I joined my local junior team Old Richians, aged 12.
I was lucky because when I was 17, you could just turn up with your kit at the local school and get a Gloucester colts trial. One day, I turned up and they invited me training.
The first couple of years I had to make a name for myself and when Philippe Saint-André arrived, I tried to smash him as much as I could in training. It was a bit old-school in those days and I put up with a lot of abuse. Looking back, it was probably the best thing that happened to me.
When I won the 2003 Powergen Cup I thought it was normal to get to Twickenham and win big games. That gave me a taste of silverware but sadly, I didn’t go on to win as much high-level silverware as I’d have liked although I scored a try when we won the European Challenge Cup at the Stoop in 2006.
Losing a game can linger for weeks but losing the Premiership final lingers over you for years and the 2007 loss to Leicester was the biggest low point for me. We were well beaten but if we’d prepared better, it could have made a difference.
I never thought I’d get involved with England. Stepping out for the first time against Canada in 2004 was emotional and it was great my family was there – a payback for them.
It is an amazing experience to represent your country. I was really ill before the Italy game in 2005 and I remember Josh Lewsey saying, ‘you can do it’. I’m glad I kept my mouth shut because I scored my first international try. It was a good day.
I’d easily trade all seven of my England caps for a Premiership title though. It would have been nice to be involved at a World Cup, I was in the training squad for 2007 but, for me, the best players went.
To be the longest-serving player in the Premiership for one club is big for me. I sacrificed a lot for rugby and I see that as a kind of reward.
I thought I could avoid retiring but I had to listen to my body. I’ve got a gorgeous family and I can’t be selfish. I’ve taken a lot of hits and been concussed a few times so it seemed the right decision.
Now I’m focused on my audio visual company Inside Out Technology.