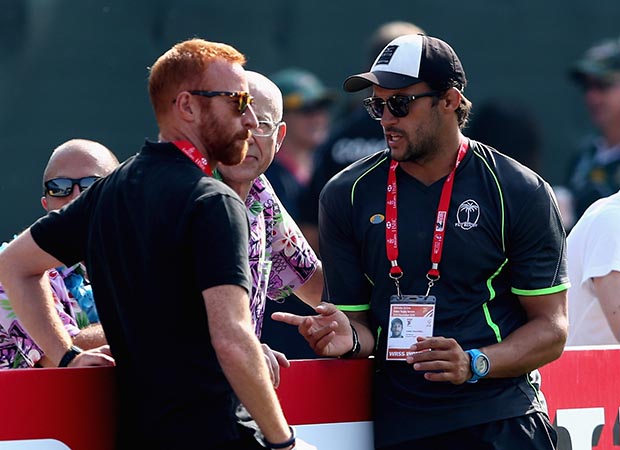 Former Fiji 7s coach Chris Cracknell fears he may have to quit rugby after failing to find work following last August’s stunning Olympics triumph.
In tandem with Ben Ryan, ex-England 7s star Cracknell steered the flying Fijians to their proudest rugby moment in Rio. But despite a CV that includes working with England’s 15-a-side women, he finds himself on rugby’s coaching scrapheap.
Cracknell, 32, told The Rugby Paper: “Fiji was a hell of an experience and I thought, maybe naively, that when I came back in August there’d be more opportunities.
“I’ve applied for jobs but don’t get them and the fact that I’ve been in 7s and am still young enough to be playing seems to be working against me.
“There seems to be a bit of a stigma around that but there has to be an opportunity for a young English coach in the UK. Okay, 15s is a different world and I’ve been away for quite a long time, but there has to be somebody who’ll take a punt.
“It’s been six months since the Olympics now and maybe it is time to move on and do something completely different. But I still love rugby and feel I’ve got a lot to offer because I know I could make an impact in league rugby somewhere.”
Regardless of the future, Cracknell looks back on his 18-month stint in Fiji with immense pride.
The former Cornish Pirates and Worcester flanker said: “Ben Ryan gave me a chance after I was forced to quit playing for England through a knee injury and it was a fantastic opportunity.
“As well as assisting with the men’s team, culminating in Rio, I was director of women’s rugby and there are about 15,000 girls playing rugby in Fiji now whereas before there were only a few hundred – that’s how interest has shot up.”
Cracknell, pictured left in action for England 7s, added: “All the doors seem to be closed to me at the moment, which is disappointing, but after learning from Ben and with the experience I’ve built up over the last decade, I’m still hoping there’ll be a chance somewhere.”
NEALE HARVEY