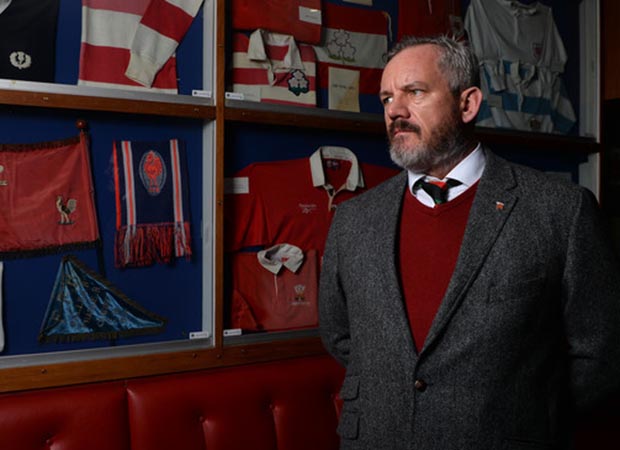 By NEALE HARVEY
London Welsh chairman Gareth Hawkins has blasted the RFU over his club’s demise, accusing English rugby’s governing body of “moving the goalposts” and “constructing a scenario” designed to see their phoenix entity, Rugby 1885 Ltd, fail.
The Exiles were thrown out of the Championship last week with the RFU claiming London Welsh had failed to provide sufficient information regarding a bond and evidence of funds to pay all rugby creditors, as well as the club’s business plan.
However, Hawkins claims finance for the £139,000 bond was in place with an additional £321,000 in reserve to pay off all rugby creditors within 28 days – had the RFU seen fit to grant the club a licence to continue fulfilling Championship fixtures.
Hawkins told The Rugby Paper: “Having incorporated Rugby 1885 Ltd in late December and spent many hours at Twickenham having the business plan coached to us by Nigel Melville (professional rugby), Angus Bujalski (legal) and Chris Burns (competitions), it was submitted on January 17 and was then further coached and corrected.
“While the club’s investors had been lined up to inject substantial funds, issues emerged over legal documentation, specifically a legal document to protect the bond. Contrary to normal commercial practice, the RFU had no such document.
“I asked several times for a legal document to protect the individual providing the funds – a well-known financier in rugby and sporting ventures – so the RFU were fundamentally wrong in saying that we hadn’t provided evidence of the bond. On the contrary, Rugby 1885 had £460,000 available from investors to discharge the RFU’s requirements.
“This money would have paid the bond, but, more importantly, it would have paid the rugby creditors: former players of the old club who left unpaid when it was liquidated, other rugby clubs, agents and medical and coaching staff.
“Those people have now been snubbed by the RFU, which is hard on them and the thing I’m most sorry for.”
Hawkins had been confident of London Welsh’s survival, but added: “It became apparent to the Club in the final week that the RFU might be constructing a scenario in which they could lay blame at the feet of Rugby 1885 for failing its compliance.
“Goal posts were moved at the eleventh hour with no time for due process or to seek legal advice.
“It appears to the outsider that London Welsh confounded predictions both on and off the pitch with the funding and the application – but then right at the end, the RFU changed the rules to make a positive outcome impossible.”
An RFU spokesman said: “As detailed earlier in the week, despite a number of extensions granted to London Welsh and very clear conditions set throughout this process which are enshrined in the regulations, the Phoenix Entity was not able to satisfy the RFU Board that it could meet conditions needed to continue.
“This included payment of a bond and clear evidence of funds to pay all rugby creditors in full.”