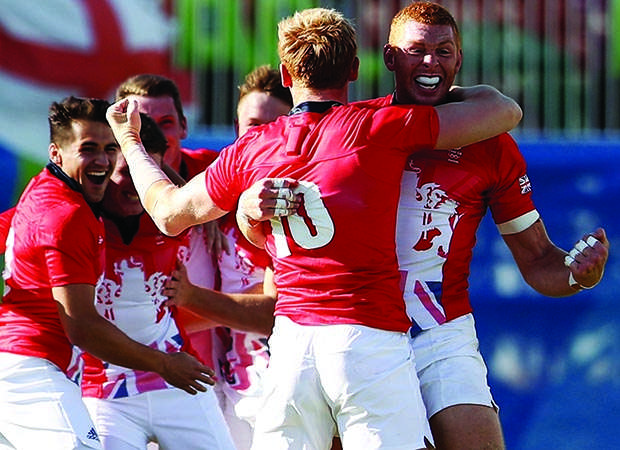 Team GB’s Sevens men confounded all odds to win silver at the Olympics. Head coach Simon Amor, below, now back in charge of England Sevens, relives those magical days and tells NEALE HARVEY why he is ready for another crack.
So how was the Olympics experience?
It was the most special time anyone’s been involved with. Everybody really embraced the Team GB feel and going to the Belo Horizonte holding camp and seeing our players mix with world-class athletes from other sports, then heading into the village in Rio, I can’t quite put it all into words. Put it this way, it justified what a unique experience the Olympics is.
What sort of people were you mixing with?
Initially in Belo Horizonte it was the swimmers and archers, but then the athletes turned up – your Adam Gemilis of the world. Then once you got to Rio the BOA were big on the ‘one team’ philosophy and we got to mix with all the cyclists and guys like Andy Murray and Justin Rose. All those world-class athletes were incredibly down-to-earth and our guys lapped it up.
Did all that give your team an extra boost?
Beforehand, people like Stuart Pearce and Denise Lewis told us to embrace Team GB and feed off that. Chris Hoy did our shirt presentation and spoke amazingly as well, so we really tried to make all that happen and it worked. We were hoping it was going to be big and it was, so one of the reasons behind the guys’ success is that we got fully stuck into it.
Be honest, 12 months ago did you feel you’d taken on an impossible job?
I knew it was going to be a tough one and knew the constraints, but I thought, ‘Simon, it’s the Olympics, if you don’t give it a shot you’ll probably regret it for the rest of your life’. What that meant was I was very comfortable leading from the front and while everyone said it was a 10-week programme, in actual fact it started 12 months ago when we started to instil the Team GB message. In practical terms, that meant me putting Team GB first as well, which entailed resting and rotating the England team during the World Series.
That was tough for everyone – the players didn’t like it, the fans certainly didn’t like it and neither did the coaching team – but if you’re going to put Team GB first those calls had to be made to give us the best chance.
You managed to select a few 15s players, but did you get enough assistance?
Everyone sits there and goes, ‘get the best 15s players or get the Unions to do this and that’, but it’s a really complex situation. The Scots are owned by their Union, the Welsh are half owned by theirs, while the English are owned by the clubs. The World Series clashes with the Six Nations, which is a big issue moving forward, and there are June Tests as well, so trying to get those guys made available has to fit with what the 15s coaches are doing. Given the complexities and this being the first time Sevens has been at the Olympics, I was pleased with the guys I had.
There were selection criteria and we reviewed tons of footage, but the ones we eventually got all had past Sevens experience so they weren’t fish out of water. They managed to make the adaption and I was delighted.
How close would Joe Simpson have been without injury?
Joe’s an unbelievably talented player and he was so unlucky, but even Mark Bennett and James Davies found the transition really difficult physically and in terms of game understanding. They came through at the end and Joe may have as well, but that’s hypothetical. 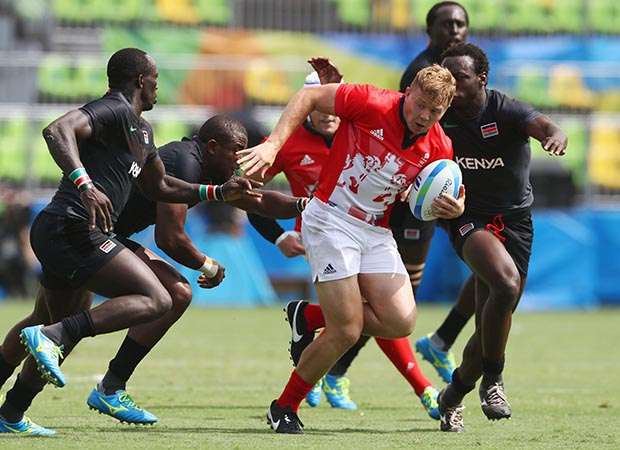 How agonising was your final selection process?
Brutal. We had 27 guys involved from the start and you could probably have selected 20. Some of the guys left out were world-class players. There were huge emotions and it was very hard to leave out guys like Luke Treharne, Scott Riddell and Cory Allen, but you had to go with combinations you thought would work against teams like New Zealand and South Africa.
Did you really believe you had a medal shot?
There was unbelievable self-belief amongst the group. We knew people didn’t think we had a realistic shot and knew it was going to be an uphill battle, but we had talent and an unbelievable Team GB spirit. The guys did well to beat Kenya first-up and our combinations clicked, so we drew momentum from that, played well against New Zealand and hung in there. I’ve never been involved in a group of players that fought so much and just would not give up. You can talk about tactics and technique but to see their heart and belief in each other was extraordinary.
Was the astonishing 5-0 quarter-final win over Argentina a defining game, not just for Team GB but Olympics Sevens in general?
One of the things we talked about was being brave – and that was one of the bravest performances by a team I’ve been involved in. We were foolishly brave at times but they just wouldn’t give up and Dan Bibby’s winning try in extra-time was definitely a defining moment. The most satisfying thing about it, though, and what everyone around the world saw, was the extraordinary sportsmanship between the players at the end. Argentina were devastated, but the way our guys consoled them was genuine and that was such a big showcase for our sport. Equally satisfying, though, was the way our boys then picked themselves up the following day to pull off another epic 7-5 victory over South Africa to reach the final and guarantee a medal.
You probably did well to get as far as you did?
Physically it was hard but Dan Howells, our S&C man, is the best in the business and the way he managed to peak everyone for the tournament was amazing. He is world-class and we were the only team to come out of the Olympics with no injuries.
Sounds harsh, but is the 43-7 final defeat to Fiji one you’d rather forget?
We were disappointed with the result but it was probably a game too far. Look, we’d been to the well four times against Japan, who finished fourth, New Zealand (fifth), Argentina (sixth), South Africa (third) and then ended up playing Fiji, who were champions. We were runners-up but, deep down, when Fiji are in that form you know you’re in for a hard day. Ultimately, it was probably right for a country that had never won anything in an Olympics before, and who play the game of Sevens in such an exciting way, to get that gold medal. 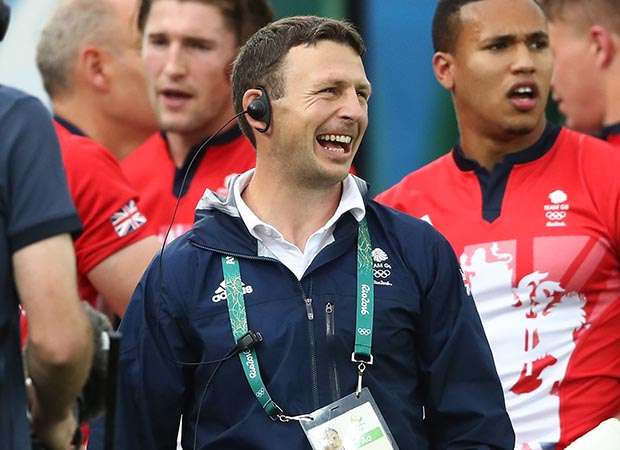