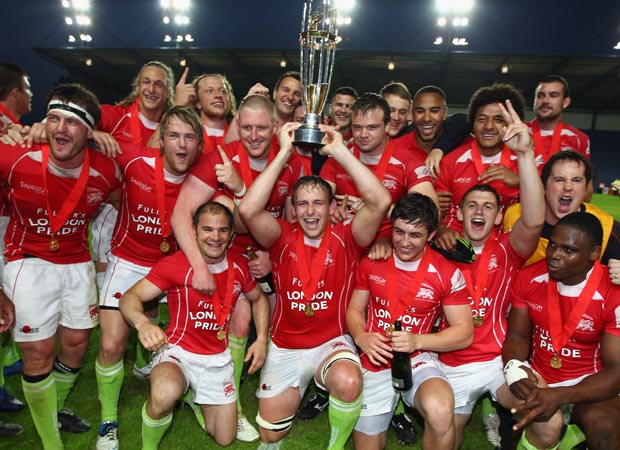 London Welsh have opened talks with the Rugby Football Union over plans to switch to the Guinness Pro12 – a move that could happen next year.
Talks with Pro12 officials have taken place and while some RFU officials are against allowing an English-based team to compete in a ‘foreign’ league, Exiles chairman Bleddyn Phillips is confident it can happen.
Phillips told TRP: “There are a few people at the top of the RFU who I think have a much more open mind. I’ve not heard any expressions myself that we would not be allowed to join the Pro12 if that opportunity presented itself.
“We have initiated discussions with the RFU and it would be accurate to say those discussions are ongoing. We will see how it unravels in weeks to come.
“We have to do what’s best for the club – that may be the Pro12, it may not be – but there Is no reason why it couldn’t happen next year if everything falls into place and we garner the financial support and sponsorship we need.”
Having recovered from last season’s traumatic Premiership campaign and a failed three-year stint in Oxford, the Exiles are back at Old Deer Park in Richmond, but are understood to be exploring further ground options with a view towards life in the Pro12.
Stadia criteria in the Pro12 is less stringent, which could pave the way to a groundshare in London, with AFC Wimbledon’s 5,000-capacity Kingsmeadow Stadium one of the potential targets should the football club win permission to relocate.
Phillips added: “Having a London franchise in the Celtic League is something we are looking at. All options are available to us at this time.”
A crowd in excess of 2,000 for last week’s opening home match against Bristol has convinced Phillips against trying to make another fist of Premiership rugby in Oxford.
“We didn’t make it stick but we now have a clearer, longer term vision for the club,” he said. Other groundshare possibilities are believed to include Brentford, Fulham and Ealing.
NEALE HARVEY