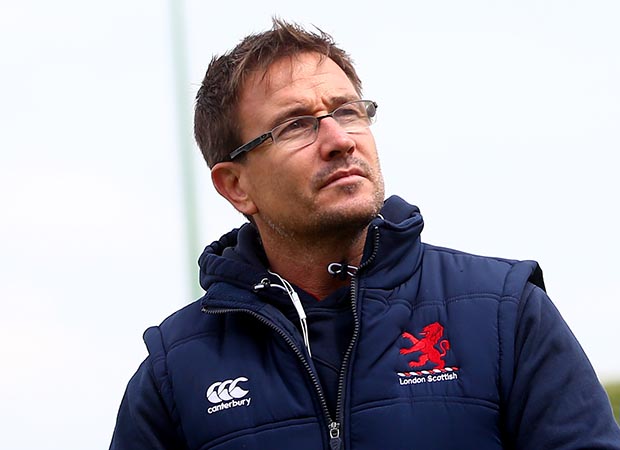 Mike Friday has warned Team GB that they need “to get their house in order” – and fast – if they are to entertain any hopes of winning a medal in the Sevens at Rio 2016.
Team GB qualified for the first-ever rugby Sevens event at next year’s Olympics via England’s top four finish in the World Sevens Series, joining winners Fiji, South Africa and New Zealand as the automatic qualifiers.
That quartet have since been joined by Argentina who won the South American regional qualifier, while Friday’s USA team hope to add their name to the list following this weekend’s North American and Caribbean qualifying tournament.
Team GB have yet to announce who will coach the team in Rio, or what their player selection policy is going to be.
“I haven’t got a clue what Team GB are going to do,” Friday told The Rugby Paper. “Joe Lydon has positioned himself to be the man to sort it out, but in terms of the coaching set up I don’t see where they can go because the only expertise out there that’s GB focused is aligned with two other countries, and Ben (Ryan) has already qualified with Fiji, so he’ll be with them, and I’m with USA. Unless they can entice Paul John away from Cardiff they’ll have to go with the existing England coaches.
“In terms of the players that’s an even bigger abyss.  From what I am hearing from New Zealand if Team GB are going to take this seriously they’ll need to have athletes that can compete physically as well as from the skill perspective.
“While there are some great Sevens players in the England, Scotland and Wales teams, they haven’t got the physical capabilities to compete with a Julian Savea or a Sonny Bill Williams.
“If Team GB want to be taken seriously they need to get their house in order and be clear whether or not it’s all Union players or whether or not they include League players, because I don’t think there is anything in the Olympic Constitution that precludes them.
“Team GB have got so many hurdles to cross because they have left it so late to sort it out,” Friday added. “For me they should have had a strategy in place for the start of the qualifying season (October) so that in the event of qualifying they knew what the plan was.
“Where are they  going to get their competition? How will they get to a point where they have a working relationship with Premiership Rugby and the Pro 12 with regard to getting the access to the players they need – like George North, Anthony Watson and Sam Warburton. They need those type of players to compliment the likes of Tom Mitchell.
“It is a real skill to put a team together with limited time. The conditioning transfer to Sevens is probably 6-10 weeks, but to build an intense camp and to get them working together cohesively as a team is another big hurdle to overcome.
“From the outside looking in, there are a lot of unanswered questions to me. If they end up going with the best of the boys that are competing on the world circuit, I think the majority will come from the England team with a sprinkling from Wales and Scotland. But as a group I question whether they will be physically able to compete for a medal.”
Friday believes that Team GB should have followed the British & Irish Lions template.
“The British & Irish Lions model is the one they should have adopted,” he said. “That opens up marketing opportunities and it’s aligned with the spirit of the Game and the spirit of the Olympics.
“There would’ve been the chance to have had first-ever British Lions women’s Sevens; it would have had everything.
“But it needed that vision and that foresight from the stakeholders rather than an attitude of, ‘this is Sevens, it’s an annoyance and it will just disappear’.
“But I don’t think it will disappear – it won’t ever replace 15s, and nor should it, but it can certainly complement and be a great vehicle for us to show the game to the world.”
JON NEWCOMBE