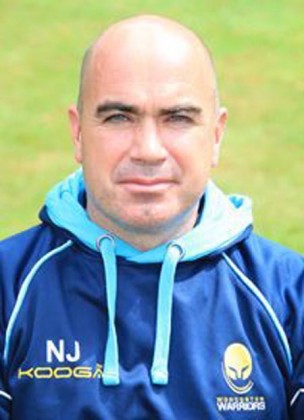 Worcester Warriors are vowing to lead a resistance movement against Wasps should the London club progress plans to relocate to the West Midlands.
Wasps are understood to be considering a permanent move, with Coventry’s Ricoh Arena or the Alexander Stadium in Birmingham as potential bases.
But their presence would cut across work already been done by Worcester, who in May launched six new regional academy centres around the Midlands.
Warriors have invested £1.5m in those centres, which include sites in Birmingham, Coventry and Warwick, but fear their efforts will be undermined.
Nick Johnston, Worcester’s high performance manager, told The Rugby Paper: “What right have Wasps, if their model’s not working where they are, to just move ship?
“If it’s going to improve the game for game reasons – grass roots, developing young people – you’ve got to look at it, but if it’s done purely on financial grounds you’ve got to question it.
“Wasps have got a few hurdles to cross and we’re not going to roll over. We’ve invested heavily in the West Midlands and we won’t be giving that investment up.”
Johnston believes the presence of Wasps in the Midlands would hamper other clubs, too, adding: “It’s not just a Worcester problem this, it’s Leicester’s and Northampton’s as well and I don’t see how it could happen.
“If they’re going to take territory off Worcester, they’ve got to take territory off those two as well and then there’d be a battle.
“Teams like Leicester and Northampton map the direction of Premiership rugby and as soon as those two get their feathers ruffled, which they will because they’ve also invested heavily around the Midlands, Wasps will face a fight.”
Worcester’s bold investment in their academy system is an attempt to halt a decline that has seen countless top players head elsewhere.
Northampton pair Tom Wood and Dylan Hartley, Leicester’s Graham Kitchener and Gloucester’s Matt Kvesic,  all departed Sixways.
Johnston explained: “Worcester have never harnessed the 16-19-year-old talent, it’s all been lost, so we had to do something about it.
“We’ve got one of the richest seams of natural talent in Worcestershire, Warwickshire and Birmingham and we’re investing heavily to allow us to bring in expertise around sports science, nutrition and athletic development.
“We want to build extensive relationships with senior rugby clubs and schools and I see these regional academy centres as a real learning experience, not just for young players but teachers, coaches, medics and S&C people.”
NEALE HARVEY