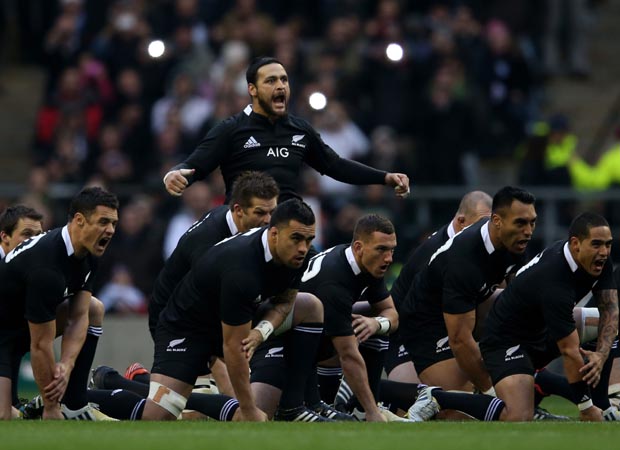 Piri Weepu’s has always been a rugby life less ordinary.
From being reared on a diet of Rugby League, an All Black debut when barely 21, through dispiriting omissions from the squads for the 2005 Lions series and 2007 World Cup, right up to his role as New Zealand’s unlikely hero in 2011, Weepu has enjoyed a career that simply refused to follow a script.
And 2014 has been the most staggering chapter yet, as he has returned to Super Rugby less than two months after suffering a stroke.
As alarming as such an episode sounds, when we meet in the gym of the Blues’ Auckland training base, Weepu, whose energetic leadership of the haka made him one of the modern game’s great characters, is his famously bubbly self, a ball of restless energy behind that thick beard.


“A stroke. It sounds bad, doesn’t it?” he smiles. “It all came from nowhere. The day after playing the Crusaders (on February 28), we were doing the usual recovery and halfway through, I was just unable to talk, it was like communicating with a baby – just making noise.
“Peter Saili and Charles Piutau were giving me this strange look, wondering, ‘what’s this idiot doing?’. I was trying to text the team doctor and just couldn’t process anything – it’s very difficult to describe but I wouldn’t say it was scary, it was more a frustrating situation – I was completely out of it.
“After that recovery session, I actually drove home which I feel lucky to have made it through because my vision was very blurry.
“The doc thought I was being silly because I’m always winding people up and being an idiot to him!
“But we arranged for me to see a neurologist because over time I started to get migraines that I’d never had before and I was starting to get worried that I had a tumour or something really serious. He explained it was a minor stroke and for about a week after I found out, I was sat there going, ‘what the hell’s happened here?’”
As soon as he’d had an operation to repair a small hole in his heart that caused the stroke, Weepu’s attention turned to when he could return to the field and, while he is aware of the challenge he has undertaken, his outlook is unruffled.
He said: “I’m on aspirin so my blood is thinner but the team here are making sure my preparation for every game is absolutely tip-top – this is my long-term health after all.
“In future I think I’d definitely like to be involved in raising awareness for strokes. It’s just not something you expect a 30-year-old to suffer, so in that regard it’s scary.
“But the first question I asked was, ‘when can I get back on the field?’
“Obviously there are all sorts of things that can go wrong but a rugby career isn’t long. There are so many things I want to achieve while I have the chance to. Rugby is what I love doing and people can call me stupid, mad, whatever, but when you’re this passionate about something, it’s not easy to stop.”

That word – passionate – is probably the one that will come to define the scrum-half’s career with the All Blacks, a career that he refuses to give up on, despite winning the last of his 71 caps almost a year ago.
Whether leading the haka with waggling tongue and piercing cry or playing out of position, Weepu became New Zealand’s ‘Mr-Fix-It’, during 2011’s injury-ridden World Cup campaign.
“I’d have come on at hooker if I’d been asked! I think anyone in that 30-man squad would have done anything possible to get on the field, in front of our own fans, with that atmosphere.
“When we did win, the emotion of what we’d achieved, however we’d achieved it, just overshadowed everything else – it was pure excitement, joy, elation. At the final whistle I grabbed my mate Ma’a Nonu because we’d both suffered the disappointment of missing out in 2007 and were just so happy to be there.
“Being an All Black means the world to me and is something I’ll never give up on doing again. In this country, it’s the sporting pinnacle. I grew up in a League family, with my brother Billy playing for Manly in the NRL, so as a kid I’d have done anything possible to follow in his footsteps.
“But then I went to boarding school and got into Rugby and from there it was all about being an All Black.”
His Blues’ contract is up at the end of the season and there’s talk of an extension, a return to Wellington with the Hurricanes or even a move to Europe.
“Funnily enough there was plenty of interest from Europe before the stroke,” he says, with one last smile, “but I guess that put a few people off! It’s something I’d love to do but if it doesn’t end up happening I won’t moan or cry about it.”
One thing is for certain. Wherever that next chapter of Weepu’s journey takes him, there will not be a dull moment.
WILL MacPHERSON