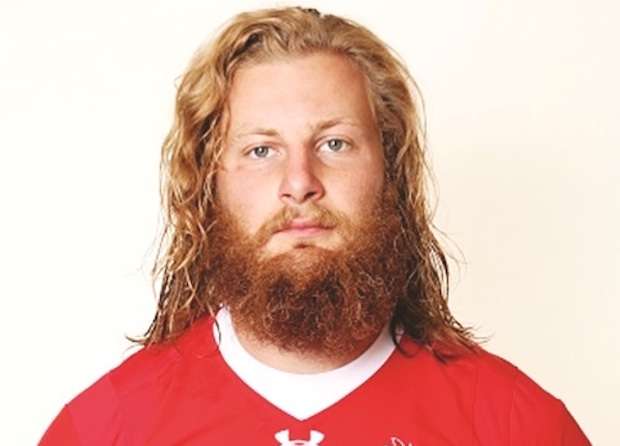 1. Scott Sio – I played with him back in Australia and he’s probably the best loosehead the Wallabies have right now.
2. Tatafu Polota-Nau – He was my teammate at Parramatta and he’s on another level to all the hookers I’ve played with or against.
3. Jason Marshall – Super athletic and probably the fittest player in the Canadian team. A very good scrummager, too.
4. Jamie Cudmore – As a Tier 2 player he’s done everything there is to do in rugby. Had a great career at Clermont and been a stalwart for Canada for a long time. He really cares about the team and comes to camp even when injured to help out.
5. Dan Vickerman – Never played with Dan but I played against him and I’ve never been hit so hard in my life. It was running at a brick wall. The No.1 Australian lock for years.
6. Thierry Dusautoir – His achievements tell you everything you need to know. A sensational player who luckily for us didn’t have his best game against us at the World Cup.
7. Michael Hooper – We’re the same age and come from the same Sydney area so we played against each other every couple of weeks for years. From 14 you could tell he was going to be special.
8. Tyler Ardron – The stand-out player in our Canada U20s team. In terms of speed, power and strength I don’t think there are many players that could stand up to him. He’s only 24, too, so he’ll only get better and stronger.
9. Nic Stirzaker – I might be a little biased having played with him since the age of 7 but he’s massively underrated. Very small but never shies away from tackling the big guys. Hopefully he’ll be a Wallaby soon.
10. Ben Volavola – Jonny Sexton would have been my pick but I didn’t play against Ireland at the World Cup. So Ben gets the nod because of his skills and vision. I’m looking forward to see how he goes at the Crusaders this year.
11. DTH van der Merwe – Scoring tries and setting World Cup records for fun.  Fast, physical and a definite eye for the try-line.
12. Berrick Barnes – I played against him in the Sydney club competition and he was a cut above the rest. Magic boot, too.
13. Ciaran Hearn – Carried us over the gain-line at the World Cup, surprising lot of people because injuries meant he couldn’t play much in the lead-up. Looking good at London Irish now.
14. Drew Mitchell – Another who played a few games in the Sydney club competition when coming back from injury. Three World Cups for the Wallabies speak for itself.
15. Sosene Anesi – I played with the former All Black back in Parramatta and he was just fantastic. A fitness freak!