Posted on 21st March 2014 by admin in Brendan Gallagher 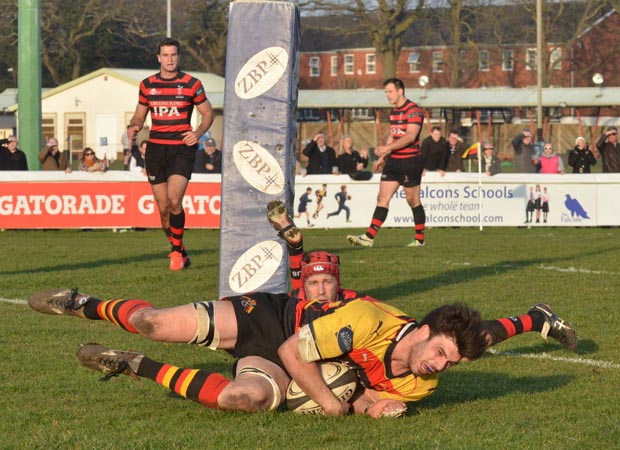 They have been knocking lumps out of each other for 150 years now so it was probably fitting that Richmond and Blackheath fought out a 31-31 draw in the landmark anniversary fixture at the Athletic Ground last Saturday.

It was a festive day of ale and reminiscences between the oldest friends and rivals in world rugby with the highly competitive match coming after a lunch attended by RFU president Bob Reeves and Wales legend Gareth Edwards, an old friend of Richmond who have always had particularly strong Welsh links. They date back to the legendary Gould brothers – Arthur and Bob – while in modern times the Quinnell brothers Scott and Craig enjoyed spells with the club. A guard of honour of the 170 junior and mini players from the two clubs indicated that despite tough times at the start of the professional era both are still thriving and ambitious.

Both clubs historically played vital roles in the game’s development and are two of the eight surviving clubs who constituted the original RFU. Blackheath were founded as Blackheath Football Club in 1858 and were actually original members of the Football Association in 1863 and indeed the first FA secretary was Blackheath’s Francis Campbell.

But increasingly Blackheath were unhappy with the rules being formulated by the Association and soon withdrew to exclusively pursue the “carrying game made popular by the school of Rugby”. By this stage Blackheath’s own club code included the famous Rule 10 which stated that: “Though it is lawful to hold any player in a scrimmage, this does not include attempts to throttle or strangle, which are totally opposed to the principles of the game.”

It is the Blackheath club who are largely credited with introducing handling moves, up until then the game had largely consisted of solo breaks and kicks and follow up. Blackheath also reinforced rugby’s close affinity with alcohol by using the Princess of Wales as their changing rooms and meeting place on the adjacent Heath before their later move to the Rectory Field. 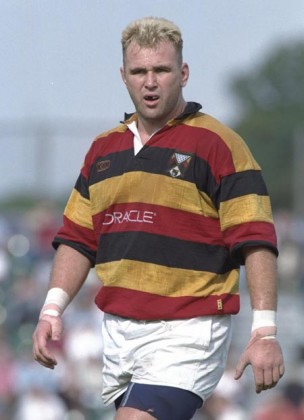 Richmond were of a similar mind and the two clubs first met in what we would recognise as a rugby match on January 2 1864 and it was a Richmond man, the club secretary Edwin Ash, who provided the impetus for the formation of the RFU in December 1870 when he wrote to various national newspapers proposing: “Those who play the rugby-type game should meet to form a code of practice as various clubs play to rules which differ from others, which makes the game difficult to play.”

Differing interpretations of laws is clearly not just a modern phenomenon.

Always to the forefront of the game’s development, Richmond staged the first ever floodlight rugby game in 1878 and played the original 1905 All Blacks while they also contested the first game at Twickenham, being asked to stage a warm-up game there ahead of the new ground’s official opening in 1910 when England played Wales.

Both clubs regularly staged England games until the construction of Twickenham and both have included many ‘notables’ in their ranks. The first England captain Frederick Stokes was from Blackheath, as was his brother Lennard who also went on to captain England. CB Fry – former world record holder at the long jump, England cricket captain and footballer – played for the club after narrowly missing out on a Blue at Oxford while EHD Sewell, the pre-eminent rugby journalist and historian of the early 20th century, was a club member.

More recently home-grown full-back John Gallagher became the first Englishman to win a World Cup when he helped New Zealand to the title in 1987 – he had moved to Wellington where he worked as a police officer – while rumbustious Geordie Mick ‘The Munch’ Skinner was a huge influence at the club when he moved down from Blaydon and started his England career.

Blackheath was, of course, also the fictional club of Dr John H Watson, the famous sidekick to Sherlock Holmes although author Sir Arthur Conan Doyle is rather vague about the connections, mentioning his Blackheath career just briefly in The Adventure of the Sussex Vampire. Using my powers of deduction, however, I conclude that Watson, described as a stout-necked forward, would have ‘played ‘ between about 1875-78 when he was studying for his medical degree from the London School of Medicine and Dentistry and the University of London.

We know that immediately after graduating he became an Army medic and served in the Second Anglo-Afghan War. He received a bullet in the shoulder at the Battle of Maiwand in 1880 and then suffered a serious bout of enteric fever and was invalided home in HMS Orontes. It is doubtful if he played any rugby thereafter!

Richmond’s roll of honour is no less illustrious having been represented by 127 men’s internationals over the centuries with 92 of those playing for England, including two who were present for the lunch, lock and former captain Chris Ralston and the current president Nick

Preston. Richmond have also been in the vanguard of women’s rugby and have produced 115 internationals including 46 England caps.

An all-time favourite of mine was Thomas Crean VC, the glamorous Ireland and Lions forward who played for both the Wanderers in Dublin and Richmond.

Crean, considered the outstanding player of the 1896 Lions tour to South Africa, was awarded his VC after the Battle of Tygerkloof in 1901 and later won a DSO in World War One. He died of diabetes and general ill health soon after his Harley Street practice was declared bankrupt in 1922.

More recently the chain smoking Ralston has always been a big favourite while Argentina captain Gus Pichot  starred at the Athletic Ground during Richmond’s ill-fated spell as a fully professional club during the early days of the Premiership.

The legacy of both clubs is huge and, you fancy, by no means over yet.