Home / Features / Columnists / Jackson column: Clive Griffiths is on his way back

Jackson column: Clive Griffiths is on his way back 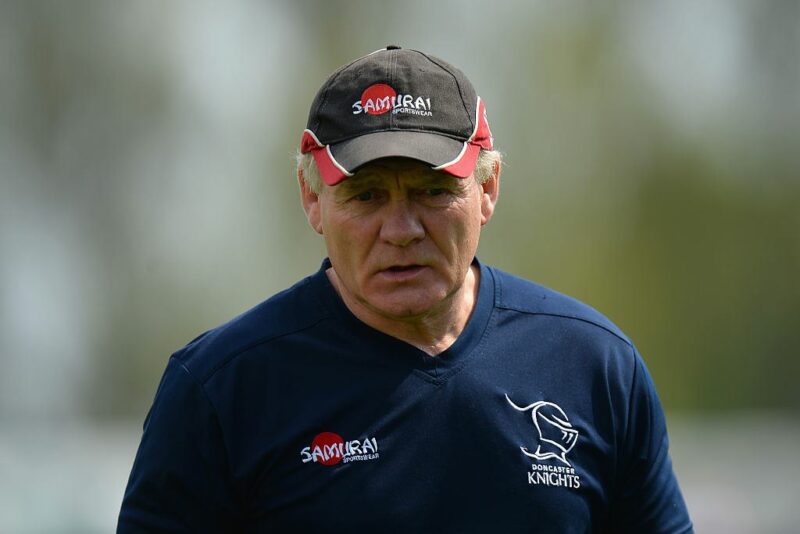 None the worse for a heart attack stopping him in his tracks two years ago, Clive Griffiths has declared himself ready for a come-back.

The restless Welshman is ‘dusting down’ his curriculum vitae of a coaching career as eventful as any on either side of the old Iron Curtain that stretched from the Mersey to the Humber, shamefully lasting longer than the one Stalin brought down across Europe in 1945.

“It’s all a matter of how you feel,’’ he says. “If you feel you’re in your mid-Sixties and you want to retire, well go ahead and do it. But I feel good. I don’t feel 66, not by any stretch of the imagination.

“Now that I’ve had a break and I’m back to full fitness, I’m dusting down the cv. If I can’t get a full-time job in coaching, I’ll do something part-time. I’m not going to finish just yet, not if I can help it.

“I suppose the game will retire me before I retire myself. I’ve been doing this all my life, ever since I left teaching in 1993. Everyone said I was mad but these have been the best years of my life.’’

Griffiths has lived longer in the League heartland of St Helens than amidst the Union fields of his native Dyfed, enjoying the best of both rugby worlds since Union put a flamethrower to the Cold War with its belated confession of professionalism.

Four months after ending his long stint as director of rugby at Doncaster Knights, Griffiths is eager for a new experience to add to those banked long ago. As experiences go, coaching Wales when they dared to score three tries inside ten minutes against the supposedly unbeatable Australians at the 1995 League World Cup remains an indelible memory.

The holders, built around all-time greats like Brad Fittler and Darren Lockyer, resumed normal service in time to run rings round England in the final but, for a while, Griffiths’ Dragons, including Iestyn Harris and Paul Moriarty, had the Kangaroos by the tail.

It earned him a bigger gig the following year with Great Britain in New Zealand under head coach Phil Larder, a series soured by the fact that the League Lions managed to lose all three Tests. He found himself out of a job on his return but not for long.

Since starting at Warrington, Griffiths has been back to Wales on several occasions. When he wasn’t running such nascent League clubs as the North Wales Crusaders, he was helping the Swansea of Scott Gibbs become Welsh champions before the shotgun marriage between the Whites and the All Blacks of Neath produced the Ospreys.

The best experience for Griffiths the coach is also the worst, the first of Wales’ quartet of 21st century Grand Slams in 2005 which also happened to be the most stylish by some distance. Two matches into their defence of the title the following year it all dissolved into bitter recrimination.

Griffiths’ has his own phrase for it: “From the Grand Slam to the Grand Sham.’’ Head coach Mike Ruddock resigned on St Valentine’s Night days after Wales under Gareth Thomas had recovered sufficiently from their hammering at Twickenham to beat Scotland at home.

“The whole thing is a shoddy part of our history,’’ Griffiths says. “I do know that there were some underhand tactics and that Mike was deeply hurt. He left and I stayed. I was asked to stay. I had a family to support. I couldn’t leave, unless I had a massive pay-out which was not going to happen.

“I was going to be defence coach under the new head coach, Gareth Jenkins. I thought I had a role to play but I began to smell a rat and then, all of a sudden, they said Gareth would be going in a different direction.

“In the bat of an eyelid, you’ve gone from winning the Grand Slam to looking for a job. I could have kicked up a massive fuss about it. I had some bad experiences before while coaching Wales but I saw the season out and thought: ‘Well, just move on.’

“I went to watch a game at the Liberty Stadium. There was a shot of me on television and ‘Jiffy’ (Jonathan Davies) said: ‘Clive Griffiths – dead man walking’. It wasn’t the best choice of words.

“I don’t think we deserved to be disbanded after what we did that season, winning the first Welsh Grand Slam in 27 years. I could be accused of being cyclopic but it really was a stellar season.

“Everything Gavin Henson touched turned to gold. Shanks (Tom Shanklin) was very good in the 13 channel; Stephen Jones outstanding with his goalkicking, Shane Williams on one wing and Rhys Williams on the other after Gareth Thomas got injured. So much gas.’’

Griffiths moved on into the Premiership, rejoining Ruddock at Worcester. “That was my worst experience,’’ he says. “We couldn’t rekindle the Wales’ days or the days we had before that at the Dragons. I wasn’t blameless, by any means.’’

The traumatic reminder of his mortality has done nothing to dilute Griffiths’ passion for the game. “I’d gone for my usual run and I was in the far corner of a field when I felt this pain between my shoulder blades. I thought it was a muscle spasm.

“I call myself blessed because I know I was lucky. The other day, on the eve of the second anniversary, I joked with my son: ‘Your father will be two tomorrow.’

“I don’t run for an hour any more. I do lighter sessions, jogging and walking. The batteries are fully recharged. I’m looking for a new coaching role. The bell hasn’t rung yet…’’