Posted on 26th September 2020 by admin in Features 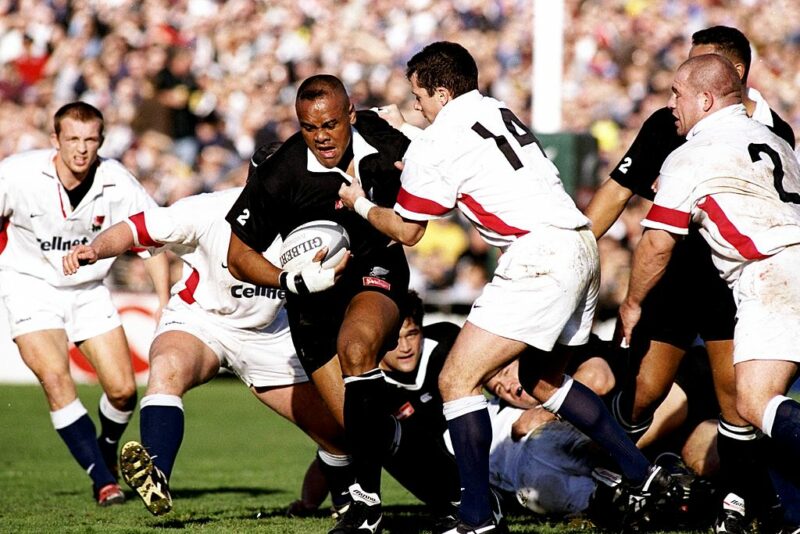 WHEN I left Cheltenham College, I was offered a job as a professional polo player for an American team.

It was a lucky break. I spent three months at Palm Beach and then three months in Argentina but while it sounds glamorous, I didn’t overly enjoy it. On returning home, all my mates – people like Rob Fidler and Phil Vickery – were training down at Gloucester and they said to me why don’t I come along as the game had just gone professional. If they hadn’t called, I would probably have gone to play polo in Dubai because I had an offer from there the next day.

In my first spell at Gloucester opportunities to play were few and far between so I decided to move on to Sale. It was a great decision because I had three fantastic seasons there. With players like Chris Yates, Jos Baxendell and Jim Mallinder inside me, all I had to do was latch on to their hard work and run in the tries.

For most of my time there, I lived with our coach, John Mitchell. The house I’d been staying in on my own had been burgled within a week of me arriving in Manchester, so he invited me to stay with him as he had a spare room. Living with the coach did lead to a lot of mickey-taking as you can imagine. Mitch and a lot of the older guys like Steve Diamond and Dave Baldwin took me under their wing and really looked after me. I wouldn’t ever class myself as street-wise, but they opened my eyes to a lot of things!

On the back of my form for Sale, I was picked for the infamous Tour of Hell in ’98. Yes, it was a long tour and the rugby was very, very tough, but it was an amazing experience and I wouldn’t change it. I became a better player for the experience. Some players could hack it, and some couldn’t, but I believe that tour stood England in good stead for their future success.

Both my caps were against New Zealand, and Jonah Lomu was my opposite man on each occasion. I’d actually played against him a few times before, at schoolboy level and on tours, so knew what to expect – not that that made it any easier! I’d like to say I ran around him for my try in the first Test, but it was more of a case of me just sneaking through a gap on the blindside. Unfortunately, I injured my shoulder tackling him in the next Test; I think I got him down although it wasn’t a classical tackle, it was more of a grapple.

I remained in and around England squads once we got back so I must have had some credit in the bank from the tour, but missed out on the ’99 World Cup because there was so much quality competition on the wing.

At that stage, I was back at Gloucester, playing under Philippe Saint-Andre. Like John Mitchell, he knew how to get the best out of me. He’d put his arm around me and give me confidence. As a former winger himself, he’d tell me to be selfish and taught me more about running lines. He was a guy I wanted to play for.

In one European game, I scored five tries, which I’m proud to say is a record I still hold jointly with Matt Cardey. It was against Roma and Philippe had torn us a new one because we’d played abysmally in the first half and scored only one try. It’s fair to say the rollocking worked.

We had a good team and there was a good atmosphere, they were good days. Gloucester’s just an incredible place to play rugby and I think the fans are by far the best in the country. But when Nigel Melville came in to replace Philippe, it was clear I didn’t really fit in with his plans. That happens in sport, so I decided to take up an offer from Viadana and play in Italy for a couple of seasons. The standard of rugby wasn’t as high as in England but from a lifestyle point of view it was a really enjoyable time.

I played for Pertemps Bees for a season in what’s now the Championship when I returned to England, but part-time rugby didn’t really suit me. And now I’m back playing polo. It wasn’t a smooth transition at first but my brother (England captain, James) helped me a lot. The attraction of polo was that I’d played it before, and I knew that I could potentially make a living out of it. I’m very lucky to still have a career in sport although I’ve had more injuries from horses falling on me or being hit on the hand by a stick than I had in my rugby career!