Williams column: Scarlets and Ospreys to win amid fireworks 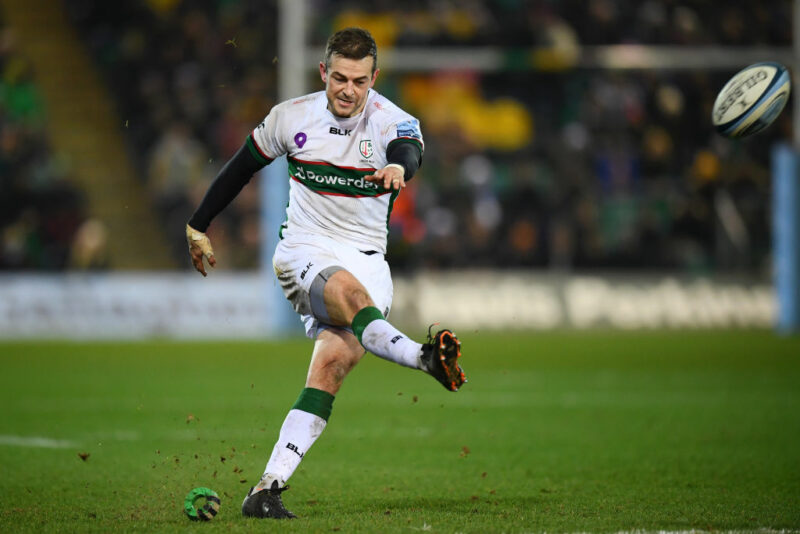 The excitement is starting to build already. Rugby is set finally to return to Wales this weekend and you couldn’t have asked for anything bigger, or more mouthwatering, than two rounds of derby matches.

Cardiff Blues head to Llanelli to face the Scarlets on Saturday and then the Ospreys host the Dragons the day after. The players will be chomping at the bit after spending the past five months in lockdown and then graduated training.

This weekend it will be the real thing and I’m expecting fireworks! The Welsh derbies are always feisty affairs and there will be plenty of jostling for position, not only among the players in each squad, but also on the national front with the prospect of so many international games on the horizon.

While all the players will be happy to get back to work, Wayne Pivac will be the most relieved person of all. He and his coaching team have had no players to work with at all over the past five months.

He has the final Six Nations game against Scotland to think about in October. Then there will hopefully be the mini-tournament in November and December to plan for.

Given the start he has had since taking over from Warren Gatland he will be looking to rediscover the winning formula. Having Liam Williams back in Wales at the Scarlets will be a bonus for him, as will having Jonathan and James Davies fully fit again, but there are still worries over Ellis Jenkins and Gareth Anscombe.

He’ll be counting in the wounded warriors who were carrying injuries back in March, and looking to see if there is any new talent ready to emerge. One thing is certain, everyone should be fighting fit at the weekend.

Given there will be nothing other than pride at stake over the next two weekends for all four Welsh regions, the games should be full of open, attractive and entertaining rugby. There is nothing for anyone to lose.

It has been a frustrating season for all the Welsh teams in the PRO14. None of them really looked likely to break into the play-offs and the only meaningful rugby left for any of them will be the European Challenge Cup quarter-finals clashes for the Dragons in Bristol and the Scarlets in Toulon.

But what all four teams must try to do is get back to winning ways. None of them won in their last league outing and re-establishing a winning culture is the most important thing of all.

There will be new coaches at the Scarlets and Ospreys, with Glenn Delaney and Toby Booth taking charge, while Dean Ryan’s revolution at the Dragons needs to gather pace after all his lockdown signings. I like what Dean is doing at Rodney Parade. I think he is taking that team in the right direction and players like Nick Tompkins, Jamie Roberts and Jonah Holmes are very exciting. Leicester contract rebel Greg Bateman is also set to join.

Even so, my heart is going to rule my head this weekend and I think the Ospreys are going to come out on top against them at the Liberty Stadium. After a season of woe, the time has come for them to show their true colours and play without any fear.

Booth has a lot a lot of young, exciting talent at his disposal and they just need to take the lead from players like Justin Tipuric, Alun Wyn Jones, Rhys Webb and George North. If they can do that, then I think they will be back on the right track.

They still have a concern over who will wear the No.10 jersey in the continued absence through injury of Gareth Anscombe, although the late signing of Steve Myler from London Irish was a wise piece of business. He can help steady the ship and nurture Cai Evans and Luke Price.

The Blues will have a tough task at Parc y Scarlets. The home side should be back up to full speed with a fully-fit squad and I can’t wait to see Liam Williams and Jonathan Davies back on the field. They are two of our truly world class performers and it will be great to see Jake Ball and Rhys Patchell out there as well.

I liked what Brad Mooar did in his time at the Scarlets before heading back to New Zealand to join the All Blacks coaching staff and I’m expecting a pretty seamless transition under Delaney.

They have so much talent behind the scrum and a pretty strong pack as well when everyone is fit and I think they will be boosted by the fact they were the first to resolve the pay cuts dispute.

Dragons have followed suit but we are still waiting for the Blues and Ospreys to get consensus their end. That will be a worry going into these upcoming games.

One thing I can say for sure is the players will want to get the issue resolved before stepping out on to the field. When you’re on the pitch you want the action to be your entire focus.

I can’t see how players will want to be playing in competitive matches – where they could suffer a serious injury which might end their career – if how much they are getting paid is not decided.

My hope – and this comes from the perspective of an ex player with no semblance of club bias – is that the issue gets resolved. That problem aside, I think the Scarlets will be good enough to see off the Blues.

John Mulvihill’s Blues must be wary of what is going on at the Dragons. If they are not careful the capital region will find themselves bringing up the rear. Mulvihill has some excellent players at his disposal and I like the additions of Sam Moore, Cory Hill and Rhys Carre to their pack. We’ve known for a long time the forward area is where Mulvihill has to strengthen.

He has done that and the hope will be it can make a difference.

I think it will in the longer term, but it will be too soon to get an advantage over the Scarlets.

It has been a desperate year for rugby in Wales. The floods came and devastated so many local clubs, the Six Nations didn’t finish, and then everyone went into lockdown. We’ve had pay disputes, some players have lost their jobs, and there is still so much uncertainty in the game. That’s why getting back out on to the pitch this weekend is so important for everyone who loves the game in Wales. It will be a huge boost for everyone.

We saw how the spirit of the whole nation was lifted in New Zealand when they brought back a domestic version of Super Rugby. It is going to be the same thing over the next few weeks in Wales.