Posted on 18th August 2020 by admin in Features, Young Gun 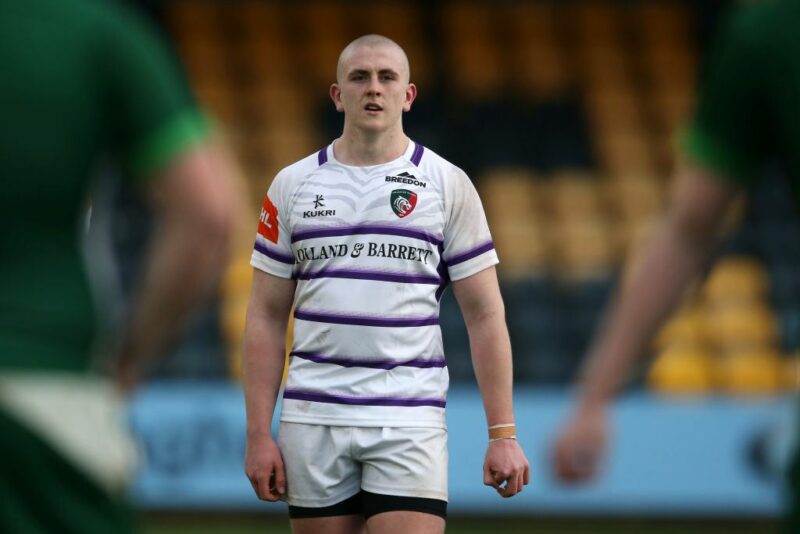 Jack Rowntree does not have far to look for advice. In fact, given his dad is the former Leicester and England prop Graeme, who went on to coach his country at two World Cups and is now in charge of scrummaging affairs at Munster, help could not be any closer.

“At the start I wasn’t really interested in rugby but dad obviously introduced me to it and I’ve always been around it growing up,” says Rowntree, 18. “I wasn’t any good at other sports so it felt pretty natural coming into it and then progressing along Tigers pathway.

“He wasn’t overbearing in any way, he’d always guide me if I needed help, but he kind of let me crack on, make my own mistakes and learn from them. The help he’s given me increased as I stepped up in playing standard from Hinkley RFC, where I started, to the academy at Tigers and now the senior team – it seems he’s had more influence on me the further I’ve gone.

“We’ll scrum down in the garden a couple of times a week, when he’s around, and whenever I have a question, he’ll pull me aside and show me how to get it right.”

Having been promoted to Leicester’s senior development squad, Rowntree is currently training with their first team. He added: “I’ve learned a hell of a lot from our scrum coach, Boris Stankovich. When I first started working with him in the academy, he was a massive influence on my technique on stuff outside the scrum – tackling, rucking, lineouts and the like.

“I really matured in the academy, where they have a lot of high standards you need to adhere to and I learned a lot. But the biggest thing was mental toughness because you’re going to make mistakes, but you just have crack on, learn from it and be better next time.

“It helped me get up to speed with the older lads, especially now I’ve taken another step up with all the senior players. I’m still working closest with Boris, but Tom Youngs and Adam Greenslade, our academy S&C coach, are other good mentors to me as well.

“On a day to day basis I can ask them questions and George Ford is really good to talk to as well, when I see him. They’re all very accommodating and welcoming and it’s great to be working with the senior team, but you also have to maintain their high standards.”

Rowntree would have been capped at England U18s level earlier this year had Covid-19 not intervened. However, he now has the U20s in his sights and will dual-register with Loughborough Students once the National Leagues are up and running.

He added: “I’ll study sports management there and look to crack on with the U20s potentially, but in the meantime I’ll look to keep learning from guys here. For scrummaging ability Dan Cole is one of the best there is and for off the ball stuff, I’ve got Ellis Genge.”