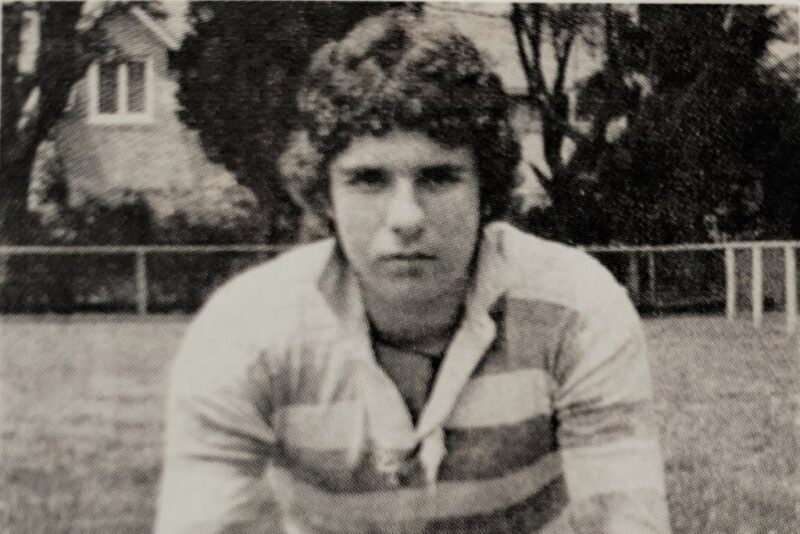 The question “What if?” has been described as the two most useless words in the English language but the prospect of what might have been continues to fascinate in life and sport and I stumbled across an intriguing and tragic rugby example this week.

I was researching Arturo Rodriguez Jurado, the first big name in Argentinian rugby in the 1920s and 1930s when he was the Pumas captain and comfortably their best player. He switched between centre and flanker but wherever he played he was the Pumas totem pole player.

Rodriguez – the Jurado part of the surname is dropped in common usage –also pursued a parallel sporting career to win the 1928 Olympic heavyweight boxing title and weighs in an impressive third in my 20 top rugby all-rounders elsewhere in this week’s paper. Not that many bona fide Test players have an Olympic gold medal for another sport in their trophy cabinet back home!

A founding member of the famous San Isidro club in Buenos Aires, Rodriguez had two rugby playing sons. There was Arturo junior who I had heard of and Marcello who until this week was a complete mystery to me. I have been covering Argentina on and off since the early 90s and I have never heard his name mentioned once by team members, the Argentianian Press or camp followers.

Arturo junior was a really talented centre who won 24 caps between 1964-75 – often alongside the fearsome man- mountain Alejandro Travaglini – and starred in Argentina teams that defeated Wales (1968), Scotland (1969) and Ireland (1970) in home Tests. He was mainly a creator but nonetheless still scored 11 tries in 24 Tests.

During lockdown I found some outstanding footage on Youtube of that Wales series when Arturo played opposite John Dawes and he was some player. He was also captain of the 1976 Pumas tour to Britain and France generally thought of as the strongest Argentina side before the professional era.

Injury, alas, meant he missed out on their 20-19 defeat at the Arms Park against a full strength Wales, fielding their Grand Slam winning line up, even though they styled themselves a Wales XV. Phil Bennett nicked it for Wales with a last-minute penalty.

On further digging it emerges that Marcello was the real rugby star of the family combining his brother’s silky skills and eye for a try, his dad’s strength and power and one of the biggest boots in Argentinian rugby.  Nine years younger than Arturo junior, Marcello was the golden boy of Argentinian rugby with more than a hint of El Mago himself – Juan Martin Hernandez – in looks and style although, for reasons that will soon become apparent, there are only two faded ‘rugby’ pictures of him in existence.

In October, 1971 the Pumas sent a young squad of hopefuls to contest the South American Championship just over the River Plate in Montevideo which involved four Tests in eight days against Chile, Brazil, Paraguay and hosts Uruguay. Argentina caps were awarded but it was essentially a Pumas U23 team.

It was the first and only time the Pumas’ two great hopes for the future played in tandem, a fleeting partnership made in heaven. Marcello was just 18, while a certain Hugo Porta who was a year older, also made his Pumas debut alongside him in the opening game against Chile.

In Montevideo during that hectic eight days it was Marcello, playing inside- centre with Porta operating at fly-half, who totally bossed the tournament and received all the plaudits. Together, however, they were dynamite in all four games. Porta organised, efficient, remorseless while Marcello was brilliant, instinctive and deadly. They were dubbed the “revelations” by one Argentinian magazine.

Marcello scored ten tries including five against Brazil and was also the first-choice goal kicker, adding 11 conversions and two penalties although the Pumas started to spread the kicking duties around the team. In total he accumulated 58 points in four Tests, 78 using today’s scoring system.

Returning home, Marcello then played a key role for San Isidro in the final few games of the Argentinian Championship, nailing a last-minute  touchline conversion to beat main rivals CASI – the perennial champions at the time – in the deciding match. San Isidro’s win signalled a changing of the guard in Argentina. From that moment onwards they were the club to beat.

And then, just a few days later, he was out and about on New Year’s Eve in his father’s car with his great mate Julio Walther – brother of the Pumas wing Mario Walther – when they were involved in an accident on the way back from festivities at 2am.

Both were killed instantly. Marcello was just 18 years and 301 days old.  The club went into mourning and Argentinian rugby was similarly traumatised.

Heaven knows the great Porta achieved more than enough in his career with the Pumas but you can’t help wondering how he – and they – might have soared even higher with Marcello Fernandez on his elbow in midfield for a decade or more. Would he have joined Porta in the IRB’s Rugby’s Hall of Fame?

Yes, sport is full of what ifs… but it’s been a while since I came across one quite so poignant.