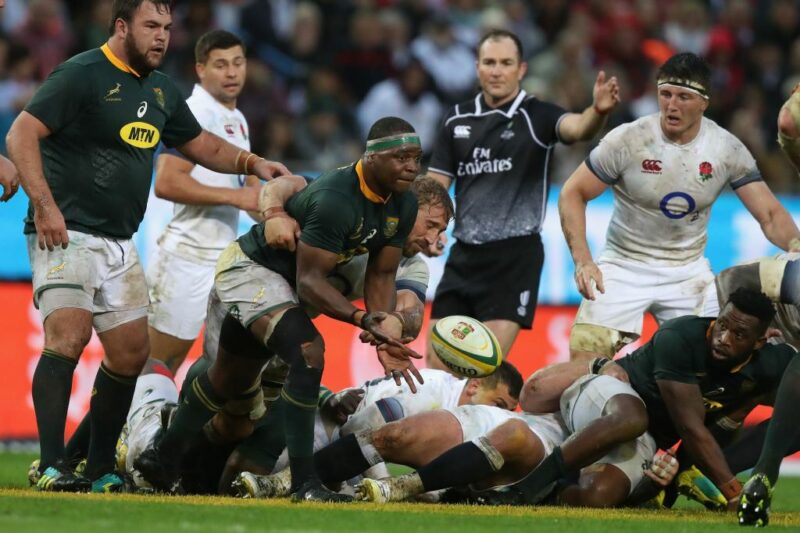 THIS column has reported back on the doping antics of Springbok hooker Chiliboy Ralepelle before, not to mention the doping allegations concerning brilliant Boks wing Aphiwe Dyantyi and, indeed, the worrying incidence of doping in Schools Rugby in South Africa.

So an update is overdue no matter how much the authorities would like to see such stories disappear and not detract from the feel-good factor of the Boks’ World Cup victory last October.

Ralepelle, who made history by becoming the first black captain of South Africa in December 2006 against a World XV, was suspended this week for eight years following his latest doping offence which effectively ends a notorious career in which he tested positive for performance enhancing drugs (PEDs) on three occasions.

It is surely now a matter of huge regret in South Africa that such a serial cheat was consistently picked for South Africa touring squads and Test teams at a time when a proper South African legend like Schalk Brits was cast to the wilderness before his dramatic reintroduction to the squad for RWC2019.

The winner of 25 Springbok caps, Ralepelle tested positive for the banned anabolic steroid zeranol during out-of-competition training with the Sharks on January 17 last year and the long disciplinary process ended on Wednesday when an independent doping panel, taking into account his previous doping history, imposed the career-ending ban.

In March 2014, while playing for Toulouse, Ralepelle tested positive for the anabolic steroid drostanolone and, although protesting his innocence, had his contract immediately terminated by Toulouse and was subsequently found guilty and banned for two years, from April 2014 to April 2016.

Meanwhile back in November 2010, along with Bjorn Basson, Ralepelle tested positive for the prohibited substance methylhexanamine but SARU accepted their explanation that it had been present in the ‘anabolic nitro nitric oxide extreme energy surge’ supplement drink given to players by Neels Liebel, the touring Springboks conditioning coach. No explanation was ever offered as to why other squad members who had consumed the drink had not tested positive.

Laughably, SARU even felt compelled to apologise to both players for the inconvenience when it is accepted across the sporting world that individual athletes are solely responsible for what they ingest and any positive test that may accrue. That is the basis for many doping bans in cycling and athletics when the accused will also claim contamination of a health product.

Coming hard on the heels of the Ralepelle case any time now will be the, potentially, even more wounding cast of Dyantyi, a sensational talent voted by World Rugby as their breakthrough player for 2018.

Dyantyi, who proclaims his innocence, tested positive for the banned substances methandienone, methyltestosterone and LGD-4033 in August last year while training with the Boks ahead of the World Cup. Originally an unspecified injury was cited when he was withdrawn from the squad but the truth soon emerged.

As a poster boy for the modern South African game, the Dyantyi case is particularly sensitive and has rather gone on under the radar while South Africa basks in the glow of World Cup success.

It was due to be heard in March but got put back amid the COVID-19 confusion and negotiations as to how the case could be heard “remotely” have been long and involved. Indeed they are still on-going but the latest expectation is that it will be heard in August.

There has long been a suspicion of a doping culture in South Africa and historic bans to the likes of recently departed Gloucester coach Johann Ackermann, Gloucester lock Gerbandt Grobler and South African women’s Sevens star Unathi Mali do little to dispel that notion.

Indeed, one of the reasons originally given for the delay in hearing the Dyantyi case was that there was such a long list of pending cases at various levels of the South African game and that is very possible given the undoubted problem that also now exists at U18 and Schools level in South Africa.

Between 2014-2019 no fewer than 27 young players tested positive for doping at Craven Week, the annual U18 schoolboy tournament which is the highlight of the school’s season and main recruiting ground for professional clubs in South Africa.

Perhaps we shouldn’t be surprised given the desire to secure a contract is so strong and the short term boost in power and strength from PEDs so potentially crucial. It’s not a happy state of affairs though and as world champions South Africa have a responsibility to clean out their stables pretty damn quick.