Posted on 7th July 2020 by admin in Features, Nick Cain 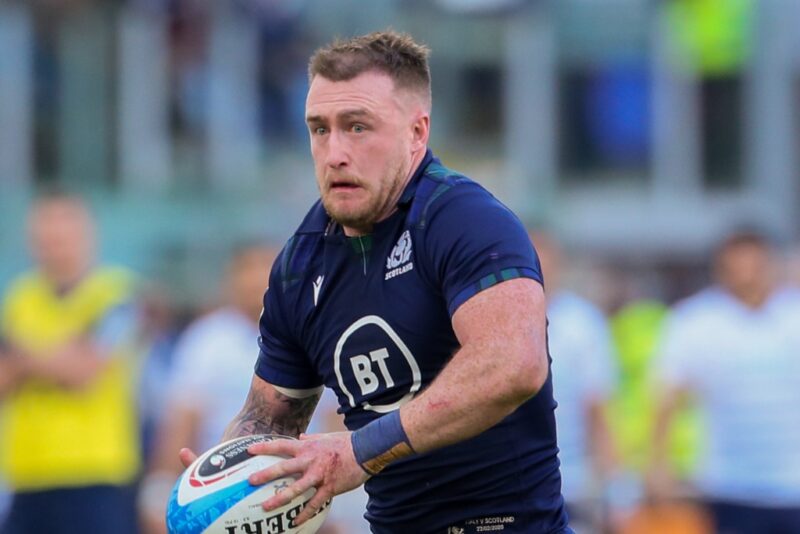 ANY assessment of the Lions prospects of winning the 2021 tour of South Africa has to include an appraisal of their counter-attacking ability at full-back.

South African pitches are usually hard tracks that put a premium on the line-breaking threat of the full-back as the fulcrum of the back three. The other crucial component is that the 15 is the aerial commander-in-chief, both in defence and attack, whose ability to win the ball in the air – or to hoover up anything that bounces – is critical against a team that relies on kick-and-chase pressure as much as the Springboks.

Williams was outstanding as the Test full-back throughout the 2017 drawn series against New Zealand. The wonder try that Williams sparked in the opening Test against the All Blacks, when he swept up a kick and jinked past two defenders in his own 22 before cutting through to the halfway line was a case in point. His flair was rewarded when Elliot Daly and Jonathan Davies put Sean O’Brien over for the best try of the series – and it is exactly what the Lions will want more of in South Africa.

Halfpenny was the player of the series in Australia in 2013, with not only his dead-eye penalty taking, but his high ball authority and surging counter-attacking making a crucial contribution to the victory over the Wallabies. It was a high point in Halfpenny’s career, and anyone inclined to pigeon-hole him as an ace goal-kicker and solid defensive stanchion should remind themselves of his attacking verve by taking another look at the footage from that 2013 tour.

Hogg’s Lions career has so far not been as illustrious as the two Welsh full-backs. The Scot was the youngest member of the 2013 squad, playing for the midweek side, but he was a strong Test candidate in 2017 until concussion ruled him out of the tour in New Zealand.

However, Hogg’s move to Exeter this season, which coincided with him being given the Scotland captaincy, has seen him find a rich vein of form.

Hogg’s talent has never been in doubt, but since arriving at the Chiefs he appears to have sharpened his sense of when and where to attack, and, rather than tilting at every windmill, he has started picking his targets before striking to devastating effect.

Of the three, Williams is the strongest in the air, with Halfpenny no slouch, despite not being the tallest, and Hogg also having made improvements when the bombs are raining down.

Elliot Daly emerged from the 2017 Lions tour as a winger with a good record under the high ball – but his inconsistency in aerial combat since moving to full-back for England over the last two years will probably not have put him as one of Gatland’s front runners for the 15 shirt.

Daly’s cross kick misjudgement against Wales, which saw Josh Adams scoring in Cardiff on the way to the Welsh 2019 Grand Slam, will not have helped, and nor will the way he was outjumped a couple of times by South Africa’s Makazole Mapimipi in England’s World Cup final defeat.

Anthony Watson is a more likely challenger for the full-back slot because he showed in New Zealand in 2017, and also for England at the 2019 World Cup, that he is rock-solid in an aerial bombardment. Whether Watson gets his running angles right as often as Daly, or sees space as quickly, is another matter – and it may mean that he requires as much time in the 15 shirt for Bath, and England, as he can get if he wants to be considered full-back for the Lions.

Two other outsiders are Ireland’s Jordan Larmour – who is the same size as Halfpenny – and Scotland’s rangy 6ft 4ins raider Blair Kinghorn. Both are 23 and full of running, although neither appear to be as blisteringly quick as Watson.

They have until April to change that perception – and also to get ahead of Jack Nowell, who, despite being injured for much of this season, has the advantage of already having proved his versatility to Gatland in New Zealand.

Outright speed and clever footwork are winning combinations in South African conditions, and the Springboks have three youngsters coming through who are putting the heat on their World Cup starting full-backWillie Le Roux, 30.

The Stormers can boast two of them in Warrick Gelant (5ft 11ins, 14st/89kg) the quick, skilful, 25-year-old full-back/wing who was Le Roux’s understudy in Japan last year, and the multi-talented Damian Willemse (6ft 2ins, 14st 5lb/91kg), a 22-year-old playmaker with a neat kicking game who can play either fly-half or full-back.

Last but not least is Aphelele Fassi (6ft 3ins, 13st 10lb/87kg), also 22. The long-striding Sharks full-back appears to have all the right attributes – apart from experience.

The Lions have a head start at full- back in that regard, and they will have to make it count.