Hard as nails Des Seabrook was the scourge of All Blacks

Posted on 18th June 2020 by admin in Brendan Gallagher, Features 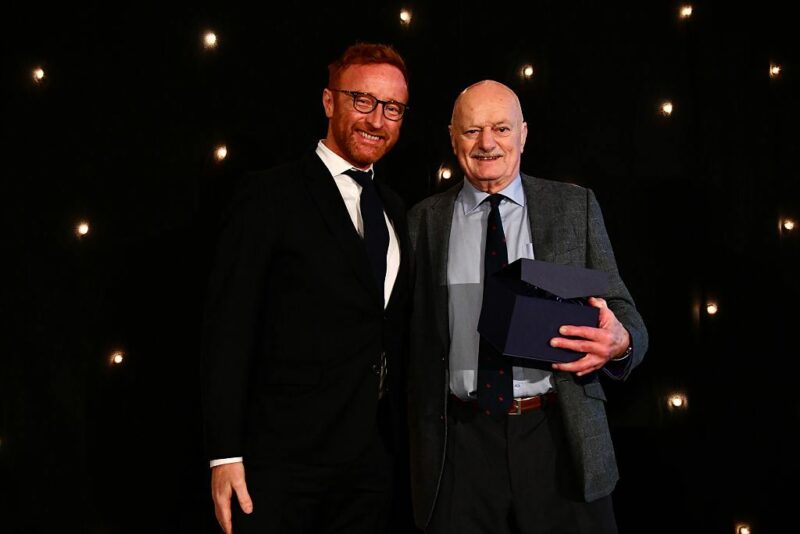 THERE are some rugby folk out there who occasionally question if English rugby shares the same die hard passion of say the Celts… but they obviously never met Des Seabrook, a great man of Lancashire and the North who passed last week aged 79.

Seabrook was Lancashire and Wigan writ large from his flat cap, bristling moustache and propensity to call a spade a spade. The son of an iron foundry moulder father and weaver mother, he was born into a Rugby League heartland but lived and breathed Rugby Union as a player and a coach.

He was the driving force behind the unlikely rise of Orrell in the pre-professional era, Lancashire and the North. He was also England’s assistant coach at the 1987 World Cup, and until recently, he was still helping out with Wigan U14s and making them a power in the county. There was no stopping him.

Happily all this was recognised in 2017 when the Rugby Writers presented him with a Lifetime Achievement award at their annual dinner. There have been few more popular or deserving recipients.

“Des was captain of Lancashire when I started playing county rugby and he was a really tough guy, didn’t take any prisoners,” recalls his Lancashire and North captain Bill Beaumont. “Des had enormous respect and everyone enjoyed his company. He was a great guy, a huge influence on younger players and he’ll be very much missed.”

A short but extremely combative flanker who just missed out on England honours at a time when England were well blessed in that department, Seabrook took that fiery David v Goliath approach to rugby into his coaching career and refused to be constrained by expectation.

He was a trusted lieutenant to John Burgess in various Lancashire teams and earned his coaching spurs under the wing of Burgess. They were kindred spirits and in their minds there was nothing that could not be achieved with the correct mindset and preparation.

That Lancashire hot pot of rugby brains and nous also included Brian Ashton and Dick Greenwood, it was an outpost of rugby excellence at a time when England often struggled.

Seabrook’s career highlight was unquestionably the North’s 21-9 win over New Zealand in 1979, one of the most comprehensive defeats the All Blacks ever suffered at the hands of a provincial or club side. But the foundation to everything he achieved was Orrell, once jokingly dismissed as a lay-by off the M6 by a London-based journalist. He got short shrift.

As a player and captain he projected them on to the big stage after a win in the Lancashire Cup in 1972 which saw then qualify for the new RFU club competition the following season when they claimed a famous win over Harlequins which put them on the map.

After that breakthrough, with Seabrook as the driving force as coach and then director of rugby, they expanded and improved and were one of those clubs invited to contest the inaugural Courage League in 1986-87 when they finished an excellent fourth.

For a while, before the financial realities of professional rugby took hold, Orrell were rock solid members of the elite and only missed out on the title in 1992 when they lost their last game of the season to Wasps.

Seabrook was by no means all fire and brimstone and planned his campaigns assiduously, not least for that 1979 meeting with the All Blacks.

A Northern Divisional side had come close to winning less than a year before when they succumbed 9-6 in a cagey game at Birkenhead Park and the coach, realising that you rarely got given a second chance so soon after with essentially the same set of players, was convinced if he could get his side properly prepared that victory was there for the taking.

It wouldn’t just happen though. First he took a North West Counties side on tour to South Africa that summer and, with the North game in mind, persuaded the blazers that one or two ringers from across the Pennines could travel and play for them.

Then it transpired that his busy skipper Bill Beaumont, having already taken an England squad to the Far East that summer, was looking to spend some time with his wife Hillary. Seabrook was having none of it and, uniquely for the time, arranged that Hillary be allowed to travel with the party and, indeed, the wife of the North West’s Scotland hooker Colin Fisher also came along to provide some female company. He wanted everybody present and correct, a proper dummy run for the All Blacks.

The North West trained and played hard for three weeks with six games including demanding matches against Western Province, Natal, the Free State and Northern Transvaal. That was the basis of the North’s victory over the All Blacks plus the decision to recall the veteran Yorkshireman Alan Old from the wilderness ahead of John Horton at fly-half for the game.

The experienced Mike Weston was chairing the selection panel and gave Seabrook just the team he wanted. The England selectors were pushing the claims of a young Nigel Melville at scrum-half but Seabrook wanted Steve Smith partnered by Old.

Seabrook also wanted a clever but relatively unknown inside-centre, Tony Wright from Sale, in the side, believing that against the All Blacks a second playmaker and kicker in the backs was always a boon. Weston always insisted that his team selection meeting with Seabrook took just 15 minutes. They and skipper Bill Beaumont were all singing from the same hymn sheet.

Seabrook recalled: “I knew from 1978 that we were ballpark with New Zealand, that we had the players, so my approach was not ‘if’ we could win but ‘how’ we would win. It was a Saturday game, the All Blacks would be virtually at full strength which I welcomed as well. There would be no sense of us playing the Dirt-trackers, we would be playing the best New Zealand could field and that was important in our build-up.

“The match at Otley fell between the Test against Scotland, which New Zealand won well, scoring four tries, and the England match at Twickenham. Now you don’t ever expect New Zealand to lose concentration and they had almost all their big guns playing against us but I did wonder if we might get them on a day when their intensity dropped a little.

“We enjoyed a couple of good training sessions that autumn and when we finished training on the Friday before the game my only concern was what the All Blacks might do at a lineout five or ten yards from our try-line. I talked it through with Fran and Bill. They decided we should go for a lob ball to Bill at No 2 and Fran said if anyone touches him he’d knock the sh*t out of them. We did one practice lineout, walked off totally confident. From that minute on I knew we could win. That, to me, was the defining moment of the weekend.”

Seabrook’s only disappointment was that the England selectors didn’t fully acknowledge the excellence of the win. Only seven from the North side played for England against New Zealand the following week while the All Blacks retained 11 of their defeated side and won 10-9.

It was a missed opportunity but he could reflect that the North win unquestionably provided the momentum and inspiration that underpinned England’s first Five Nations Grand Slam for 23 years a couple of months later.