Home / Features / Columnists / Brendan Gallagher / Rugby Matters: So who was really in charge at Gloucester?

Rugby Matters: So who was really in charge at Gloucester? 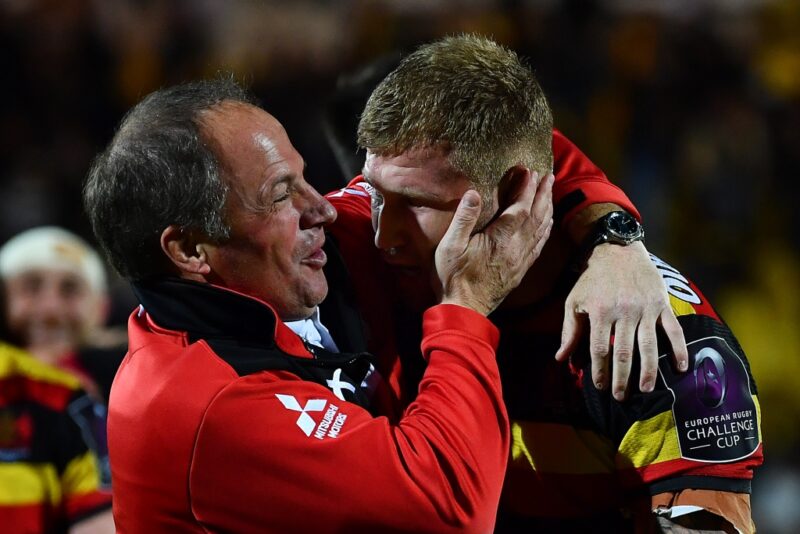 Over the decades what would you guess to be the most asked question at club Press conferences and huddles with the gaffers after the game?

I haven’t of course got the exact data but my strong hunch is that it would be an utterly mundane and in-house query, always thrown in at the end of said conversation or interview.

“Remind me Deano (or it could be Warren, Rob, Shaun, Conor, Richard, Mark, whoever) – do we call you the head coach or director of rugby these days? I have uttered those exact words scores of times myself.

Not only do some clubs, at various times, have both but over the years those holding the positions seem to switch around, change their title on a whim or even dispense with it altogether. A veritable moveable feast.

It can get confusing and it seems to me that such blurred lines might have been part of the problem down at Gloucester for the last six or seven years with David Humphreys who has served as director of rugby with head coaches such as Laurie Fisher and the recently departed Johan Ackermann.

Now David Humphreys is an extremely intelligent man with a shrewd rugby brain and arrived at Gloucester off the back of a successful spell as head coach with his native Ulster. When the appointment was announced the prospect of ‘Humphs’ getting his hands on talented but under-performing Gloucester was an exciting one, yet the first thing he did was announce Fisher as his head coach. It suddenly dawned on us that he was going into director of rugby mode.

Sorry, but if I was a Gloucester fan I would have much preferred Humphreys coaching the team, not the eccentric Fisher who seemed like a fish out of water.

Much the same could be said for Ackermann, a pleasant enough smiley guy whose coaching reputation seemed to largely rest on him coaching the Lions – or whatever they call themselves these days – to success in the Currie Cup, a much devalued competition in recent times.

Again if I was a Shedhead I would have much preferred Humphreys to be in charge of the actual coaching and direction of the team.

It set up a complex dynamic. When the BT Sport cameras panned into the Gloucester box on match day it was always Ackermann and Humphreys, seemingly joined at the hip talking animatedly about the game, celebrating tries, cursing when decisions didn’t go their way. But who was actually in charge? Who was making the big calls? Where did the buck stop?

That question has always puzzled me. Back in the mid- noughties when Ian McGeechan was director of rugby at Wasps, we would journey to their ramshackle training ground in Ealing and be encouraged to watch the full two hour session. A more youthful Shaun Edwards would eventually wander over to shoot the breeze but rarely did you get to chat with Geech.

The great man would invariably be in his little office on the phone or cursing at his frozen laptop or searching for a lost folder. Wasps could be preparing for a huge game and one of the world’s greatest coaches wasn’t even in tracksuit. It seemed to work for them but Wasps always did things their way.

At Gloucester Ackermann was totally front of house, did all the media, announced the teams, reacted to breaking news stories, yet he was manifestly Humphreys’ appointment and Humphreys was presumably his line manager with ultimate responsibility.

If Ackermann was in charge of the team and team building – i.e devised the game plan, drew up a blue skies shopping list at the end of each season and decided who was surplus to requirements – it begs the question what was the role of his director of rugby six days a week? Who actually had the rugby destiny of the club in their hands?

Is the director of rugby in fact a sort of extra CEO who runs the rugby business as opposed to the club business? Or are the two indivisible? In which case you probably don’t need a director of rugby at all. Gloucester appear to have belatedly made that decision this week and at the very least that will save a shedload of money at a time when cash is scarce.

From now on the club will be run by a CEO and a head coach with Rory Teague being promoted to that coaching role this week.

The irony of all this is that the one scenario in which the DoR/head coach set-up makes absolute sense would be on the international scene with a team like England.

With England, the director of rugby would be a huge appointment. First he would be the experienced rugby brain with whom the head coach could regularly touch base and bounce ideas off – no top coach is above needing to do that – and second he would be the middleman between the England team and the RFU and the Premiership clubs.

The director of rugby would do all the politics, fight all the fights, take all the flak, thus leaving the coach to do what he does best. Of all the coaches who might benefit from such an arrangement I would suggest Eddie Jones is close to topping the list. He unquestionably would take the opposite view.

The RFU have always resisted the notion and with CEO Bill Sweeney now counting every last penny in these times of need it won’t be happening any time soon.