Home / Features / Columnists / Sam Underhill goes back to his roots during lockdown, but embraces future with Bath, England and as a possible Lion

Sam Underhill goes back to his roots during lockdown, but embraces future with Bath, England and as a possible Lion

Posted on 28th May 2020 by admin in Columnists, Featured, Features, Nick Cain 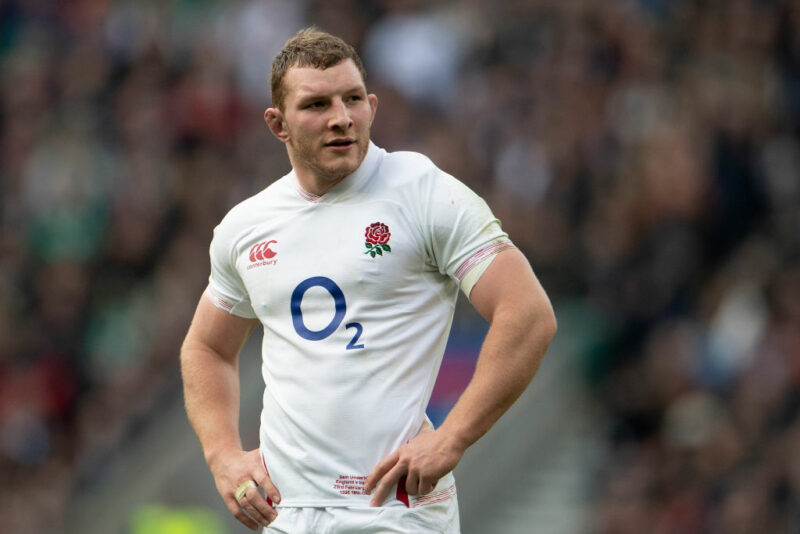 SAM Underhill is getting stuck in. There’s nothing new about that, because rugged unflinching physicality is the Bath and England openside’s default position – and it has earned him plaudits as not only one of the best No.7s in the world, but also the most destructive Red Rose flanker since Peter Winterbottom.

This time, however, the earth-moving that Underhill is doing is actual, rather than a metaphor for the bodies he bowls over and clears when he is on the pitch. He has spent the last week sorting out the overgrown driveway at his home near Bath.

The 23-year-old breakaway says that doing a bit of labouring work adds a bit of variety – albeit of the relentless kind – to his lockdown regime.

Underhill explains: “I’ve been wanting to do my driveway for some time, so I’ve spent four days clearing it in between doing my training programme, and my hands are pretty wrecked. I won’t be quitting the day job any time soon…

“It’s a different sort of physical exercise, because it’s repetitive and you have to stick at it for long periods of time to get the job done so that the digger can come in and we can put some gravel down.”

He describes the lockdown as “a strange period” of conflicting emotions. “This is the longest time off most players have had in their careers. It’s been good from the point of view of the rest from contact, but with all the other issues, like families devastated and healthcare workers at risk, it’s obviously not been good in other ways.”

As for turning his hand to manual work, Underhill says he has already served an apprenticeship. “My grandad, Brian, was a painter and decorator, so I used to help him out during the summers when I was at school and as a student. As long as it’s unskilled I’m all right, but he didn’t pay very well – I certainly wasn’t on union rates!”

Underhill says the suspension of the season has provided him with time to review his direction of travel for both club and country.

He identifies the requirement for players who are multi-positional as one of the most significant developments in the pro game, and says that although openside is where he has played most, he is adaptable.

“The way the game is going versatility is such a useful attribute, because everyone will have to do everything. You can see that with Tom Curry filling in the large gap left by Billy Vunipola at No.8 during the Six Nations. You will still have experts, like at the breakdown, but top players will be expected to be multi-skilled.”

Underhill adds: “No.7 is more like my natural home, but I played six when I was at the Ospreys, and I’ve played with Tom (Curry) for England and Francois Louw for Bath. Height is probably my limiting factor, but I’d be more than happy to play in other positions, although I’ve never asked to do so.”

Underhill cannot be described as ‘vertically challenged’ at 6ft 1ins, but as one of the smaller forwards in modern international packs he takes issue with recent suggestions that English rugby is obsessed with picking young players based on size rather than ability.

“I don’t believe that English rugby is as guilty of picking size over skill as has been made out recently. You look at young players coming through, like Ben Earl, and you can see that they are phenomenally quick and explosive, though not the biggest.

“When you get guys like Tom Curry, Lewis Ludlum, and Earl you can see that international rugby is still very much a running game, rather than one simply dependent on size. However, it’s also a disservice to big blokes to assume that just because they are a big lump they’re not very skilful, because a lot of them are very skilful.”

He says that tailored strength and conditioning programmes and diets can also transform players. For instance, Underhill was curiously listed in the England programme against Ireland in February at a weight of 16st 3lb/103kg, while Curry’s switch to No.8 saw him listed for the same match as a stone heavier at 17st 4lb/110kg.

However, Underhill says he was the same weight during the World Cup that Curry is now.

“I was playing at around 110kg, and that was the fittest and biggest that I’ve been, and Tom has had to put on weight to play at No. 8 since then. We were all in pretty good shape during the tournament because of all the England training over the summer, leading in to the World Cup, and our S&C staff, like Jon Clarke and Tom Tombleson, have to take a lot of credit.”

Ask Underhill whether he has managed to come to terms with the massive swing from the highs of the World Cup quarter-final and semi-final victories over Australia (40-16) and New Zealand (19-7) to the low of the 32-12 defeat by South Africa in the final, and there is no equivocation.

“I’m not the most emotionally intelligent or reflective of people. I look back on the World Cup as an incredible experience – and there’s nothing I did that I wouldn’t have done. So, it’s something you accept and learn from.”

His reflection on the loss to the Springboks, for whom his veteran Bath team-mate Louw came off the bench to earn a World Cup winners’ medal, is similarly bare bones.

“You use it as motivation to get there again, but not to indulge it because there are always new matches to play, and new experiences to learn from. Talking about it won’t solve anything – we’ve all reflected on it.”

Part of that reflection has led him to a conclusion that tells of a wise head on young shoulders. “The best thing about sport is the people you play with, and the camaraderie you have at particular times in your career. You make the most of your time with those team-mates, because things have a tendency to change.”

It was not just the pulverising effects of Underhill’s tackling, but the sheer volume of it, that stood out in the wins over Australia (tackle-count 20) and New Zealand (tackle count 14). It was also the way he and Curry capitalised on it to win the turn-overs that broke their vaunted opponents at the breakdown that was special – earning the duo the nickname “Undercurry”.

However, there is a marked reluctance on Underhill’s part to bask in the achievement, or elaborate on the special backrow chemistry with Curry in those knock-out matches.

“It is not just about two players gelling well. It is about time we spent together in training camp, and also the way that (defence coach) John Mitchell played a big part as a back row mentor for everyone in the group. Thanks to the level of coaching we all felt better players over that time – and all we did, is do what we do well.”

Before Underhill joined Bath from the Ospreys three years ago, they were a side struggling to define what they do well, and put it into practice, despite a squad stacked with internationals. There has been no remedy since, so why does Underhill think they continue to punch under their weight in the Premiership and Europe?

“The margin for error in both competitions is incredibly small – so things can often look worse from outside the squad than it does from within.

“In any team if you want to build any sort of ‘culture’ if you are always talking about it, then you probably haven’t got it. It takes time to develop. All I can say is that it’s not for lack of effort from either players or coaching staff. But effort is not always everything in terms of winning…

“This season we are developing. Our training has been different, and we are heading in the right direction. You do not notice it instantly, but hopefully it will come to fruition. It is very difficult to make a judgement entirely on 80 minutes, because, although the effort can be good, if the application is faulty it will not pay-off.”

Does he understand why some former Bath players believe that the collective culture is not strong enough and standards at the club are not high enough?

Underhill responds: “I don’t envy coaches, because it’s instant judgement. But, from my perspective it’s incredibly promising, and I wouldn’t have signed a three year contract extension in January if I didn’t think so.

“Everyone here is about winning. Although inconsistency has been a feature of the last few years, this season there has been a genuine transfer from training to games.”

Suggest to Underhill that the captain’s armband gets passed around at Bath –with recent incumbents like Guy Mercer, Stuart Hooper, Louw, Matt Garvey, and now Charlie Ewels – and that he might like a go, and he takes a rare step backwards.

“It’s probably not my vogue. Charlie Ewels has done a very good job – but the captain can only do so much. Any captain relies on other players in any case, because it’s a team sport. I’m happy enough being picked to play for a team, and then making a contribution.”

However, Underhill’s drive to see Bath, and England, at the top of their games is a given – and it will be turbo-charged by his ambition to represent the 2021 Lions in South Africa.

He says: “It’s a childhood dream, the pinnacle of British and Irish rugby. You cannot get any better, so it would mean a phenomenal amount. They are spoilt for choice in the back row, but the competition brings out the best in players, which is great for the Lions. There are so many good players to pick from.

His enthusiasm for the last time the Lions were in South Africa 11 years ago, which coincided with his formative years in the game as a young teenager, still burns bright.

“The 2009 series was great, and it was the first time I was playing and watching the game properly. I’ve still got that Lions Roar DVD. It was so physical, and I can recall Simon Shaw and Adam Jones being so good. It was the first time I’ve watched international rugby properly, and it was like Fantasy XV stuff, but only for real. It was awesome – and I’m still amazed by how physical it was.”

The references to the physicality of the series takes Sam Underhill back to his default position. It is also a promise that, if he makes the 2021 backrow cut, the Lions can depend on him bringing it, lock, stock and two smoking barrels.