Posted on 20th May 2020 by admin in Columnists, Features, Nick Cain 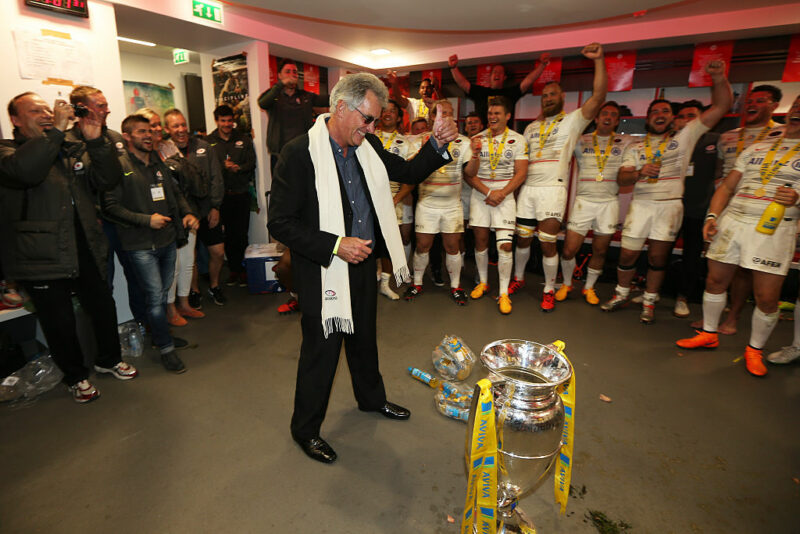 LORD Myners deserves credit, insofar as he has mapped out a comprehensive model of how a genuine professional sport should be administered in terms of a clear, comprehensive and binding salary cap structure.

This is something that Premiership owners, and their umbrella body, PRL, have signally failed to do despite the club game being professional for 25 years.

They may fail to do so even now if they try to cherry-pick from the Myners report, rather than implement the bulk of its 55-page findings.

It is interesting that Myners explicitly warns against ‘using the report as a menu’ by the club owners – and given that it has been compiled by a crossbench life peer, it serves notice that ignoring the recommendations might precipitate further government scrutiny of the administration of English club rugby.

What Myners, a former financial services Secretary to HM Treasury, makes clear is that the clubs in the top tier of English rugby should make overdue reforms in order to restore public trust in the sport – and it is a point well made.

However, despite saying that he does not intend to re-examine the Saracens salary cap breaches, he talks about stripping titles from clubs found guilty of cheating.

He should consider that if he was in a position to examine the books of every Premiership club over the last 25 years he might find that the majority of them have played fast and loose with a salary cap that has barely been policed over that period. The mountain of returned silverware that would leave stacked outside his door might give him pause for thought.

Another instance of this is his suggestion that players should be to some degree accountable for monitoring whether their wages are within the salary cap. This is, and should be, the remit of the club administration, not the player.

On the credit side, Myners pointed out that making up the rules as you go along to suit your ends – as in the Premiership owners’ decision to act as judge and jury by going outside their own PRL rules to relegate Saracens – was badly flawed. He stipulated that it should have been subject to an independent disciplinary panel, hence his crucial recommendation that this applies to the salary cap in future.

What Myners also highlighted, which has been hiding in the sometimes murky recesses of Premiership administration, is that their clubs, and their owners, are almost entirely to blame for the wage inflation that is crippling their business models. As a result all but one of them – Exeter – are trading at a considerable loss.

Myners expands on the point made in this column some weeks ago that one of the root causes of unsustainable wage increases has been the introduction of marquee players whose salaries are outside the cap.

As I wrote then, where is the level playing field and fairness in a system that advocates a salary cap of £7m on one hand, and on the other allows a club which is loaded, thanks to the deep pockets and vanity of a billionaire owner, to pay a further £2m to two marquee players?

It is a nonsense, and the inflationary wage model that it has promoted – with agents and players playing the market for the highest bidder – has gone into overdrive, with clubs paying more than they can afford to.

It is reflected in figures which show five players were paid £300,000 (or above) in 2013-14, shooting up to 99 players being over that threshold this season.

In addition, the 24 marquee players in the Premiership this season were costing clubs, that are now pleading they are in financial dire straits, the tidy sum of £14m – which averages out at almost £600,000 per marquee man.

It is important to note that in the introduction to the report Myners talks about the ethos of a sport in which, “ideas of fair play and the level playing field are crucial pillars” of its self-image. He suggested that the Saracens salary cap affair, and the fiasco surrounding it, had damaged that self-image. No one would argue with that.

However, Myners said also that Darren Childs, the PRL chief executive, had stressed when he described the terms of the salary cap review, the importance of the Premiership being a competition in which “a group of fiercely competitive clubs…agree to play by the same set of rules on and off the pitch.”

What a crying shame that Childs did not engage Myners to look a little wider than the salary cap. If he had been allowed, for example, to extend his brief to the vexed question of promotion and relegation, he would have discovered that the same Premiership clubs that are talking about “playing by the same set of rules” are guilty of rank double-standards.

The most glaring of these is that they are operating a financial cartel in which any promoted Championship club from outside their self-ordained group of 13 will receive little more than half of the central funding from broadcast and sponsorship revenues that the established Premiership clubs give themselves.

The promoted club’s chances of playing anything close to the salary cap, and competing on a level playing field, are therefore immediately scuppered.

This was an aspect of the salary cap that Myners did not take into account – and it is not surprising that Childs did not want to extend his remit.

That is because what is there to be uncovered would probably have led him to advocate the root and branch reform that English professional club rugby still urgently requires.

Salary cap reform is an important part of the picture – but there is still a huge blot on the rest of the canvas.