Posted on 13th May 2020 by admin in Columnists, Features, Peter Jackson 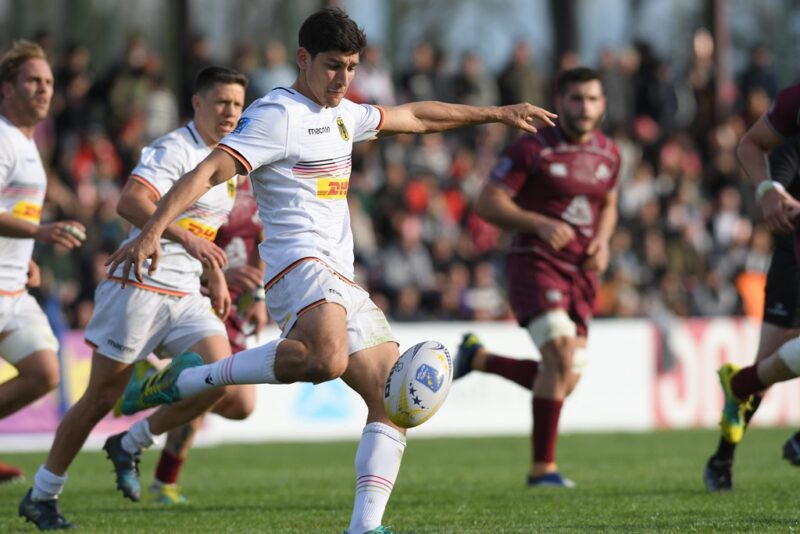 During the decidedly uncivil English war over control of the nascent professional game, Cliff Brittle had a dream which sounds as impossible today as it did then.

From his bunker at Twickenham, the RFU’s embattled chairman outlined his vision of a new rugby empire with a sentence which might have had Sir Winston Churchill turning in his grave: “What we need is a strong Germany.’’

Whether he said so before or after his dust-up at The Navy Club with Sir John Hall has been lost in the mists of time. Brittle saw Hall as the arch-enemy whose like would undermine the supreme status of the international game by making the clubs too popular and therefore too powerful.

So Brittle saw ‘a strong Germany’ as a bulwark against those beastly clubs who just happened to employ all the international players. Perhaps his imagination stretched to England playing a Test in Nuremberg before the largest crowd gathered there since Hitler was in town for one of his rallies.

The notion of Germany ever being good enough to give Italy a game, never mind England, France, Ireland, Scotland and Wales, sounds every bit as far-fetched today as it did when Brittle floated the idea circa 1996.

There is almost more chance of the Russians bowling up to Lord’s for a five-day Test or the Americans picking Mr Trump for the Ryder Cup.

Brittle, who died nine years ago at the age of 69, recognised rugby’s need to broaden its boundaries. A self-made millionaire, he was espousing the global game long before the phrase became a cliché.

Brittle would have seen the phrase as a misnomer. Football is a global game in a way that Rugby Union is not and never will be, given that it has evolved into a power game on a gigantic scale.

Football can point to the emergence of a whole host of African countries over the last 25 years. Those good enough to have qualified for FIFA World Cups this century run into double figures – Angola, Togo, Ghana, Ivory Coast, Cameroon, Senegal, Nigeria, Morocco, Egypt, Tunisia, Algeria.

Over that same period the new nations at Rugby World Cups can be counted on two fingers of one hand, Portugal in 2007, Russia in 2011 and again in Japan last year. Uruguay, qualifiers for the last two tournaments, first got there in 1999 as did Spain who haven’t been seen since.

Neither have Portugal, perhaps still recovering from their experiences in France 13 years ago when they shipped more than 100 points to the All Blacks and more than 200 in four matches.

Mis-matches on a grotesque scale do nothing for the sport’s credibility and even less for those on the receiving end. The Netherlands have never made it to a World Cup proper and probably wouldn’t want to given what happened to them long ago in Huddersfield.

For reasons too ludicrous to go into now, England were obliged to qualify for the 1999 World Cup with The Netherlands drawing the shortest of straws. The no-contest raised serious safety issues for the Dutch amateurs, although, mercifully, they all lived to tell the tale despite being crushed 110-0.

After scouting the opposition in Amsterdam, Clive Woodward warned of a ‘terrible mis-match’. If anything, the chasm between the professional elite and the countries like Holland and Germany has widened to a gulf.

With rugby, it’s the same old cast at every World Cup since the first in 1987. Eleven countries have qualified for all nine tournaments. It would have been twelve had South Africa not been so slow washing their hands of apartheid.

Five more (Samoa, Fiji, Tonga, USA, Romania) have missed only one which accounts for 17 of the 20 places. The two qualifiers from Africa never change, the Springboks and Namibia, whose failure to win a single match at any World Cup defines them as the ultimate specialists in making up the numbers.

Georgia, undeniably the best European team outside the Six Nations, conceded 80 points to Scotland in Tblisi and Edinburgh last summer. Russia warmed up for Japan at the same time against Italy, losing 13-2 on tries, 85-15 on points and that against the serial losers of the Six Nations.

Germany, nowhere in the grand scheme of things, are ranked No.30 on the World Rugby list. Serbia, joint 29th on the FIFA rankings, have twice reached the last 16 of World Cups and a play-off away from qualifying for the European Championships next year.

Meanwhile back in the Fatherland, they have lost four home matches in a row. The most recent, to Switzerland in front of 650 at the Fritz Grunebaum Sportspark in Heidelberg, left them in danger of being relegated from Rugby Europe’s second division.

The deterioration of their status following the loss of their backer, the billionaire Dr Hans-Peter Wild, makes recovery all the tougher. If money were no object, how long would it take Germany to be competitive by Six Nations standards?

Nobody is better qualified to answer than Mike Ford, the former England defence coach who ran the German team when they lost their repechage to Canada.

“Twenty years,’’ he said. “At least 20 years. And then you’ve got to bear in mind that during those 20 years the top countries will have moved on in terms of bigger, fitter, faster.’’

Were he around today, even Cliff Brittle might have conceded that ‘a strong Germany’ would never happen. He would have blamed the clubs.