Home / Features / My Club – Otley: Nigel Melville looks back on where it all started

My Club – Otley: Nigel Melville looks back on where it all started 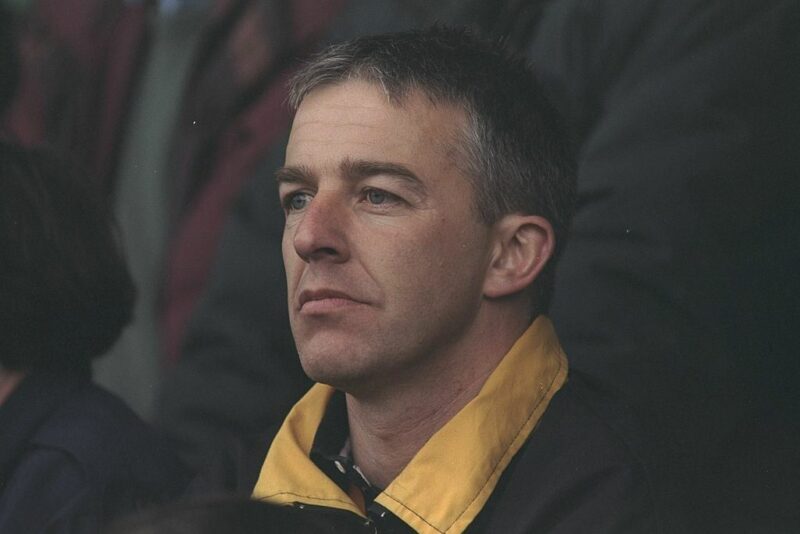 WITH planning approved for a new ground and relegation from the National League structure for the first time in a generation, these are times of change for Otley RUFC.

However, for one of the club’s most famous sons, Nigel Melville, the former England scrum-half – and until recently the RFU’s Professional Rugby Director – no-one can take away the memories that come with a lifetime’s association.

“My dad Harry was the fixture secretary for 16 years, he played for the first team, and my mum was on the tea committee and then she got on the (main) committee. So we were really connected with the club; our life revolved around it,” he said.

“My brother Glyn played, he was top try scorer one year and a good player, and my nephew Sam played there too. He ended up at Leicester but got injured. So we’ve had three generations come through.”

For Melville, a scrum-half whose pass was as smooth as a pint of Tetley’s, when it was brewed in his birthplace of Leeds, Saturdays were religiously spent down at Cross Green.

“As a kid, I was around Otley all the time. Like everywhere else, all my extended family were involved in the rugby club,” he said. “We’d either be ball boys or operate the scoreboard, and would be down at the ground well before kick-off and well after the end.

“The scoreboard had massive metal plates – I think the same as they still use now – and we used to hoick them up, they were really heavy! We weren’t great at Maths either – it was quite confusing when they scored a try and converted it so turned it into a goal, which was worth five points (three for a try and two for a conversion). When we got it wrong, they’d all shout at us.”

Soon they’d shouting for Melville, not against him.

“My dad used to say his ambition was for me to play for the first team so he could come down and watch me every week,” he said.

“He wasn’t one of those pushy dads, he just wanted me to enjoy myself and was passionate about rugby. My first game was when I was 18, at home, and I think I managed two games before I was off to Wasps.”

Melville’s job with Nike briefly took him back up north, and he scored four tries in 13 games for Wakefield in the 1982/83 season. But even though he was playing well alongside such luminaries as Mike Harrison and Bryan Barley, Melville only got capped once he had re-joined Wasps.

“The reason I went to Wasps was because Otley wasn’t seen as a good enough club to get regular games at a high enough level. Yorkshire was the right level in the North, but they didn’t play enough games.”

By the time of his international debut, against Australia in 1984, Melville had been on the representative radar for five years, having played a bit-part role in the biggest game Cross Green has ever staged – the North’s win against the All Blacks, in 1979.

“It’s a little-known fact but I was actually on the bench. All the games I’d been brought up watching and there I was, on the bench, fresh out of school, against the All Blacks. All my heroes were in the team.

Melville won 13 caps in total, a figure that would have been far more had he not suffered from the vagaries of selection at the time and, most cruelly, a broken leg.

That injury, suffered a few minutes into the Five Nations game against Ireland in 1988, ended his top-level playing days.

Then it was back to Otley, where it all began.

“There was no junior rugby when my dad first took me down to Otley. One of the first clubs in the country to start up a junior section was just down the road at Harrogate. Three of us were taken down there to see if we liked it, and we did. I think that was the only time I played prop!

“The following week, we started our own junior section at Otley. Over time it became very strong and was full of Yorkshire schoolboy-standard players. Otley has always been very good at bringing through talent.”

None were as talented as former Aireborough student Melville, who continued playing until the early 90s before becoming Otley’s first paid DoR.

“Initially, I came back as a player-coach and they were brilliant times; it was great fun playing in the same team as my brother. We came up from

North 1 to what used to be the Championship. As I was the only employee paid by the club, you ended up doing everything as DoR. You were in charge of the bar, food, sorting out the bus – all sorts of stuff, as well as coaching the team obviously.”

DoR positions at Wasps and Gloucester followed before Melville ventured into high-ranking off-field roles with USA Rugby and then the RFU.

Reminders of Otley were never far away though.

On taking up his position at Twickenham in July 2016, Melville came across a relic of his past – ‘The Roses Match’ of 1893, a painting by William Barnes Wollen, depicting a scene from a Yorkshire v Lancashire game.

Even though the game was played at Bradford Park Avenue’s ground, the picture had hung on the wall of the Otley clubhouse for many a year before being moved to the President’s suite at Twickenham.

“That picture, wherever you go in the world, you can see it. It is so iconic. It means Otley to me when I see that picture,” he said. “It was really weird seeing it all those years later in Twickenham.

“As a kid it was something I saw frequently and sat under with my mates. We used to look for the ‘ghost’ players – the Rugby League players whose faces had been scratched out.

“There was a big brick fireplace at Otley and smoke would billow upward toward the picture regularly. It wasn’t particularly treated with museum-like respect, and could have even been hit by a rugby ball once or twice.

“It was something I had been brought up with, like a family thing, it was part of my life.”

The Roses match was always special in Melville’s eyes. “I remember my dad taking me to watch a Roses game at Cross Green, and he said never mind watching Yorkshire, watch that scrum-half from Lancashire – and that was Brian Ashton. He was running the show; he was a good little player.”

Soon Cross Green will be turned into a retirement home, and Melville says relocating to a purpose-built venue, just down the road, will be in the club’s best interests.

“I’m not one to hold back progress. I’ve always believed it would be really good if Otley’s training ground and its other pitches could all be in the same place because running down Pool Road to train was always a bit of a pain. Having it all together will be brilliant.

“Do I have happy memories there? Absolutely. But you have to think of the modern world and what people expect. They can’t deliver everything they want to deliver where they are now. It makes sense to move on. The memories won’t go away.”